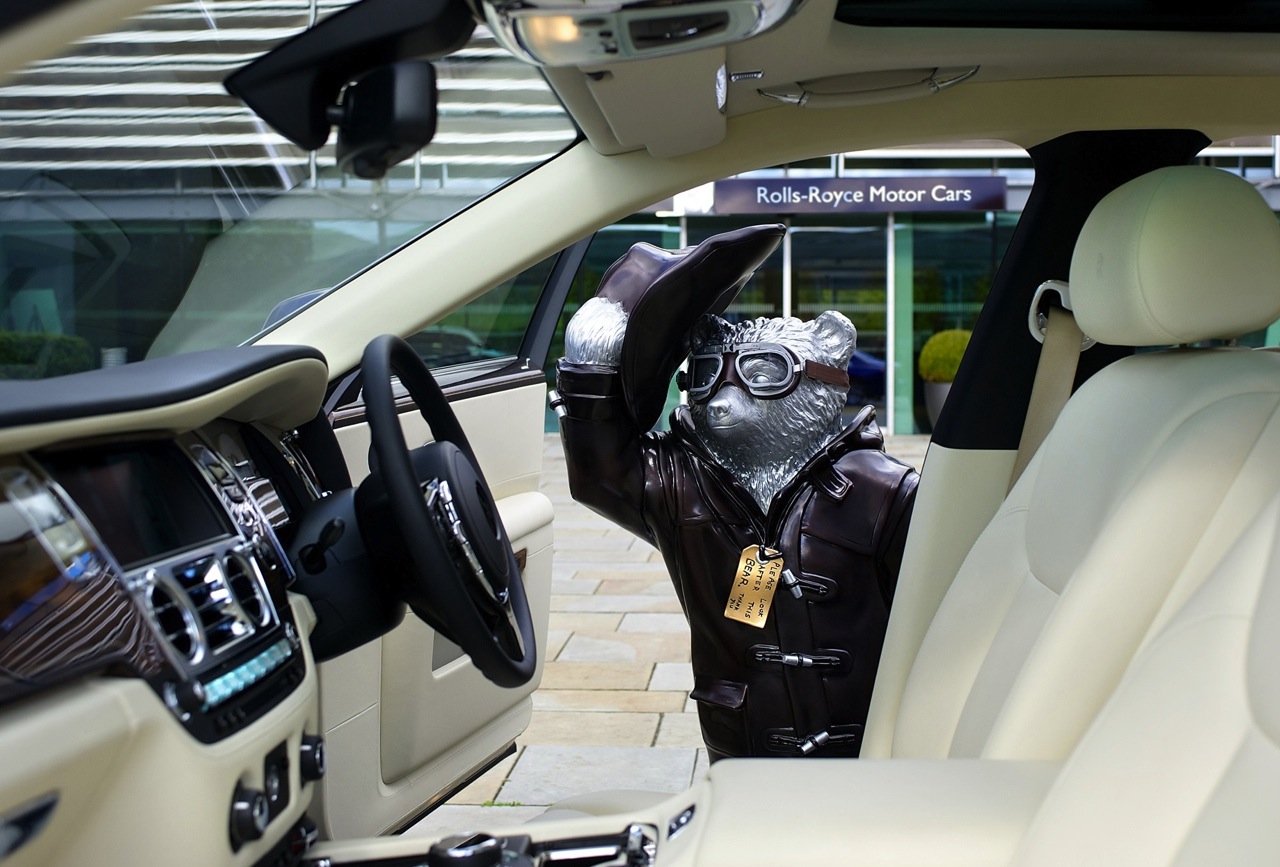 For those of you who like to peer through the windows of Rolls-Royce’s showroom in Berkeley Square, London, try not to scream as you suddenly come across a bear. Indeed, our highly unusual advice for this encounter says ‘Admire it, and look for its friends’. Although these words most likely announce a death sentence when applied to a giant grizzly, you should be perfectly safe around Rolls-Royce’s Paddington Bear statue. 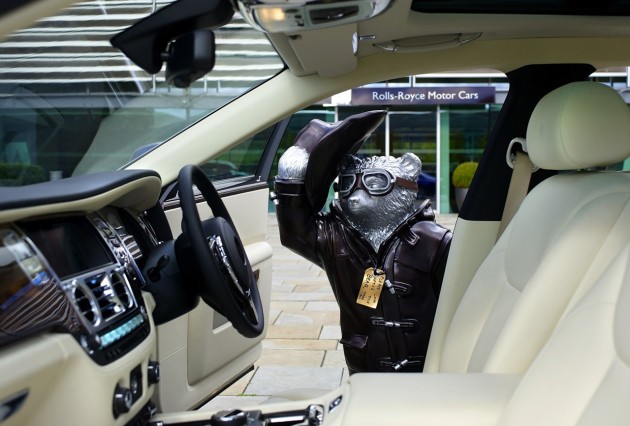 Paddington Brown’s wardrobe usually contains a red hat and a blue duffle coat, but the English car manufacturer chose to give its newest front yard occupant silvery fur, a stylish black leather jacket and goggles. His left paw firmly grasps his iconic suitcase, and around his neck is the typical tag reading “Please look after this bear. Thank you”.

This is, however, not a publicity stunt for a Paddington Bear-themed Rolls-Royce series (sob). The sculpture is part of the Paddington Trail, which consists of fifty personalised Paddingtons, planted throughout London near famous landmarks, shops and museums. Many renowned artists, celebrities and designers provided their own bear. To see Nicole Kidman’s version, for instance, you better start searching for a luxuriously golden creation in Leicester Square.

The Paddington Trail not only celebrates the release of the film Paddington (in Aussie cinemas from December 11), but also aims to raise awareness and funds for prime partner NSPCC. The National Society for the Prevention of Cruelty to Children fights against child abuse, with Paddington Bear as its furry flagship. The statues, on display until 30 December, will be auctioned at starting bids from £500 (AU$946) to financially support this charity organisation. 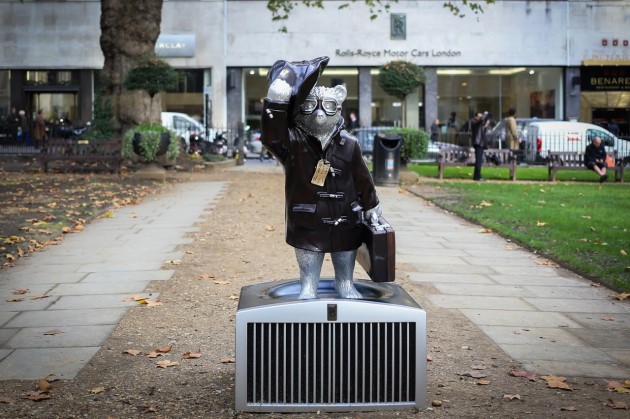 So if you think your living room is quite bare without a bear and your bank account can bear the costs, gather the bare monetary necessities and hope your bidding will bear fruit. In the best case, you will eventually bear the bear into your house – maybe even with your bare hands? Anyway, we will bear you and your admirable efforts in mind.