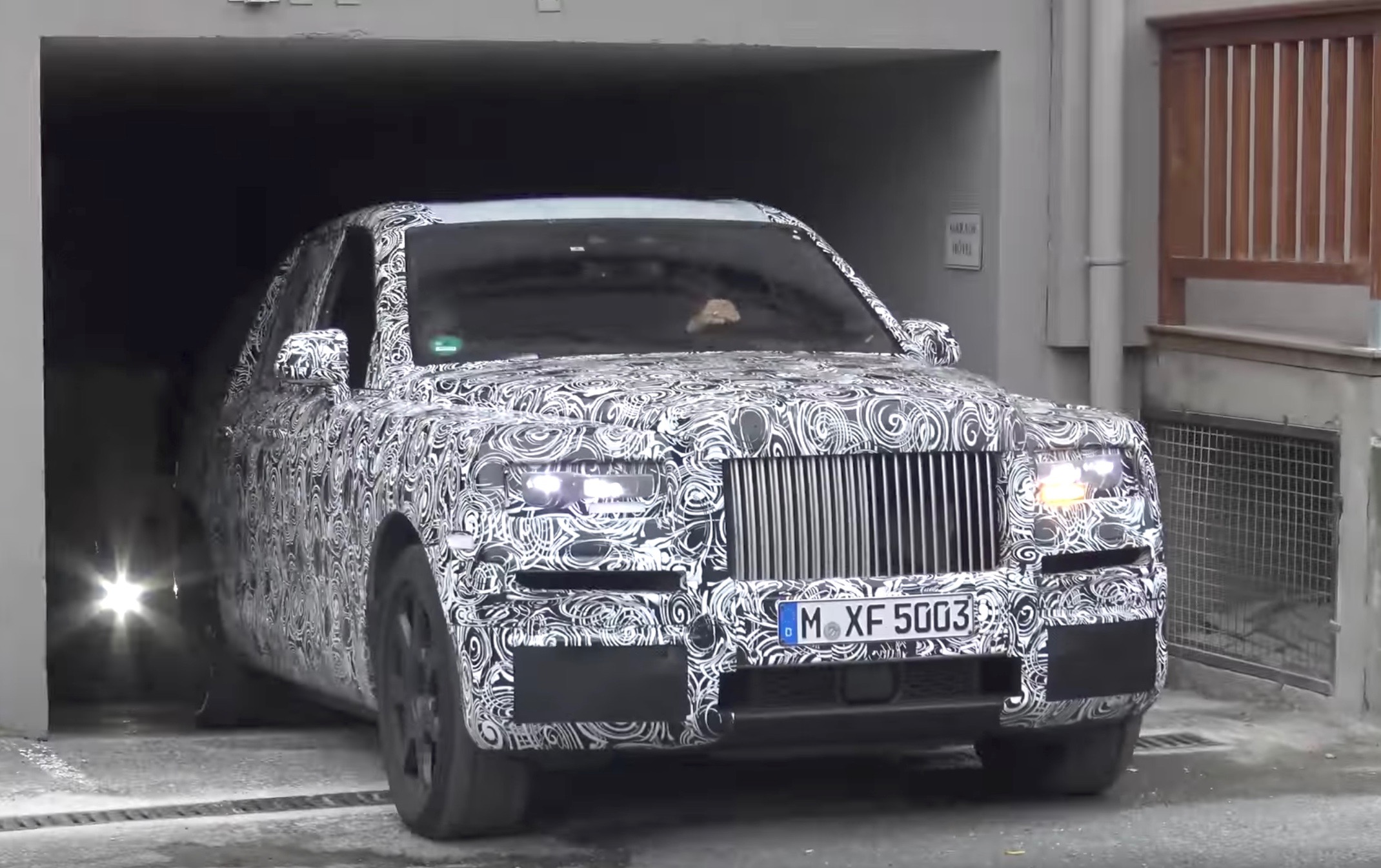 Rolls-Royce has been spotted testing its upcoming Cullinan SUV in Germany, with a prototype recently scooped leaving a mysterious garage near the Nurburgring. 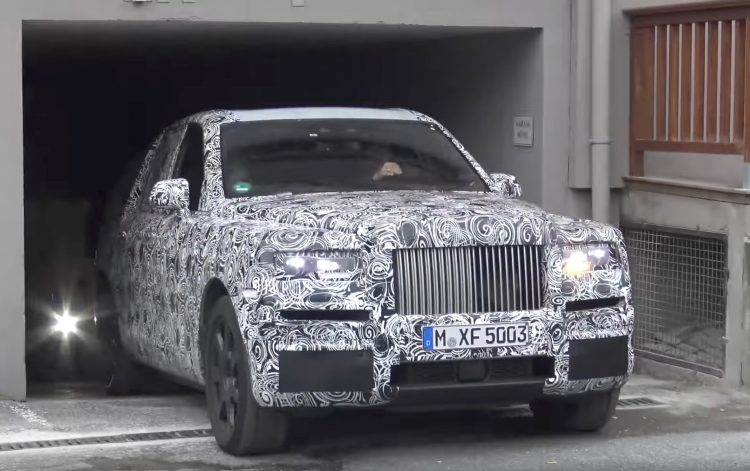 The Cullinan, named after one of the world’s largest diamonds, will be Rolls-Royce’s first SUV, following the market trends just like the Lamborghini Urus and recently-confirmed Ferrari SUV. It will be among the most elite SUVs, likely sitting even higher than the Bentley Bentayga in terms of price and specification.

As for this prototype, it was spotted leaving a garage in Germany along with a pack of BMW prototypes including a Z4 and next-gen X5. There is of course all probability that this ‘secret’ garage is merely the accommodation where the engineers and test drivers stayed.

It’s not uncommon for a team of engineers to go on big tours with prototypes to collect a heap of driving data. And with Rolls-Royce currently owned by BMW it certainly makes sense for the engineers to be working together.

As for the SUV, at this stage it still looks like a Phantom that’s been raised up and given a wagon-like rear end. You’ve got the traditional slab proportions of the front end, with hard-edged panels and straight body lines, and advanced headlights that appear to be borrowed from the new Phantom.

Underneath it all is said to be a similar aluminium-intensive platform that was created for the latest Phantom. There has been speculation that it would be based on the same Carbon Core platform of the BMW 7 Series, also sharing components with the upcoming BMW X7 super-large SUV, but this idea has since fizzed.

Power is likely to come from the 6.75-litre twin-turbo V12 taken from the new Phantom, which should be capable of propelling the first-class land yacht across a swift yet subtle 0-100km/h sprint. Top speed is also likely to be more majestic than outright. Check out the quick spy video below for a preview.