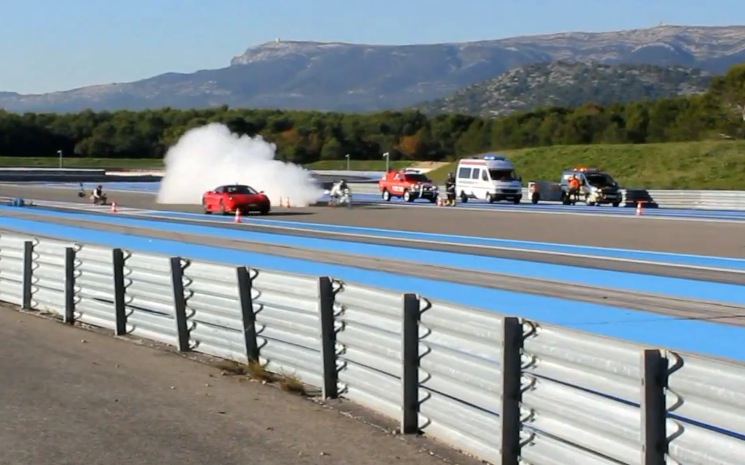 On the Paul Ricard circuit in the French commune Le Castellet, daredevil François Gissy has broken his own speed record for a rocket bicycle. While the French rider accomplished a top velocity of 285 km/h in 6.7 seconds last year, his GPS now peaked at an astonishing 333km/h after barely 4.8 seconds. 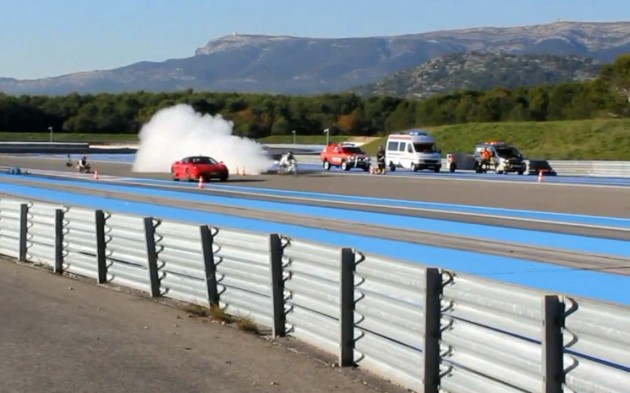 This tour de force, equivalent to approximately 418kW, also made another victim. Gissy and his comet bike optimistically appeared at the starting line next to a gleaming Ferrari F430. What followed was simply and utterly tragic. Even though the dashing sports car can hit 100km/h in just 4.0 seconds, its course seemed almost lethargic compared with the rocket cycle, which disappeared within milliseconds in a snowy white cloud of jet fumes.

Chances are slim that you will find Gissy’s bicycle in your everyday bike shop. The extended frame, designed by Arnold Neracher of the Swiss company Exotic Thermo Engineering, is equipped with potent thrusters driven by hydrogen peroxide. No wonder a team of paramedics and a fire truck constantly kept a close eye on the flying Frenchman during the race.

Any of the five million viewers who have already admired the achievement on YouTube may soon nibble another top speed treat. If Gissy finds sufficient sponsors, he will try to reach more than 400km/h in less than two seconds with a new bike, affectionately dubbed ‘Spine Crusher’. We can only cross our fingers that this machine will pay no tribute to its ominous name.