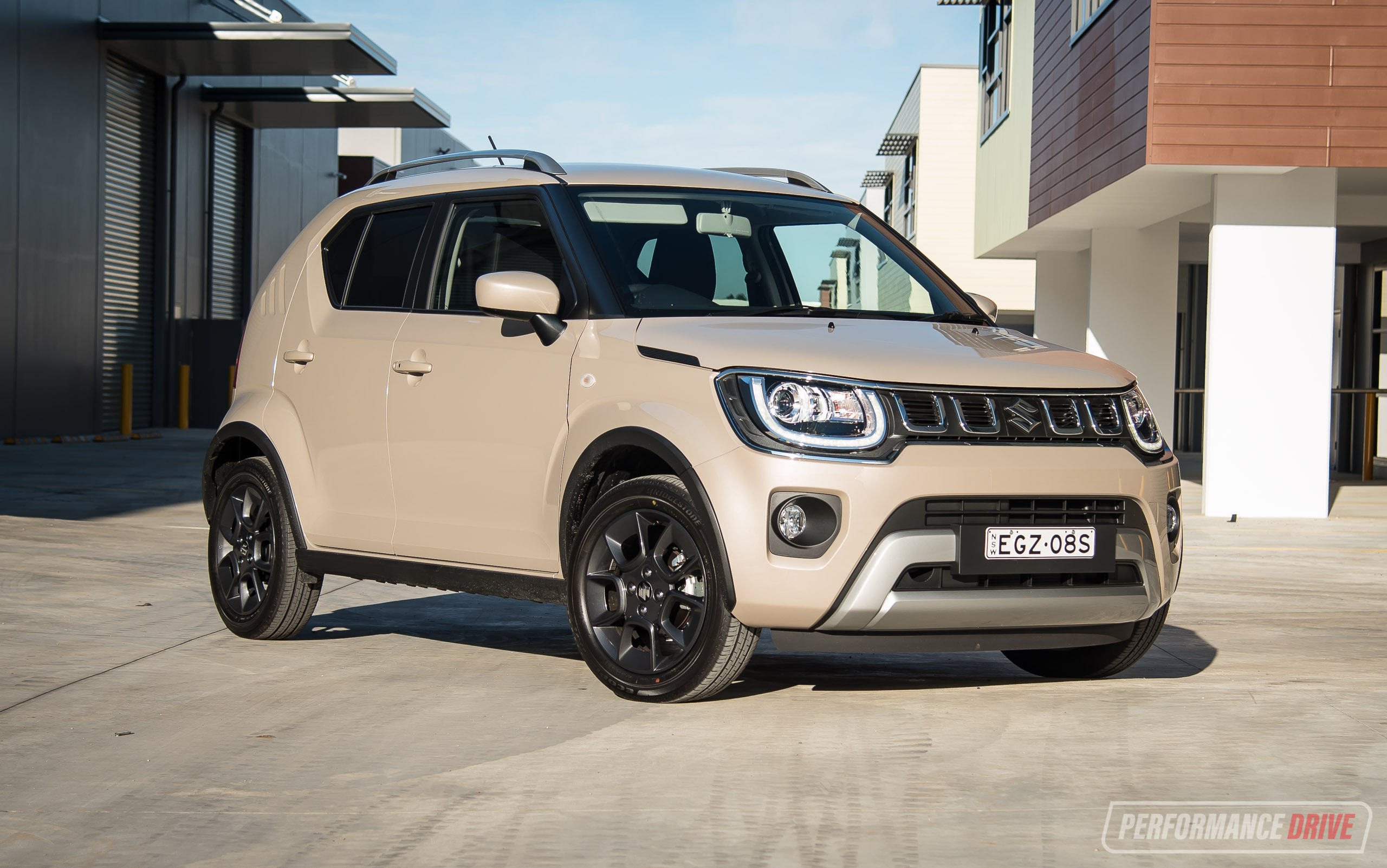 Its petite proportions and bubbly attitude blend together to create quite a unique proposition that slots somewhere between a compact city hatch and a compact SUV. However, for the 2020 Suzuki Ignis GLX series II refresh the company has made only minor tweaks. Will it be enough to fend off the rivals? Or is it a case of, ‘if it ain’t broken, don’t fix it’? 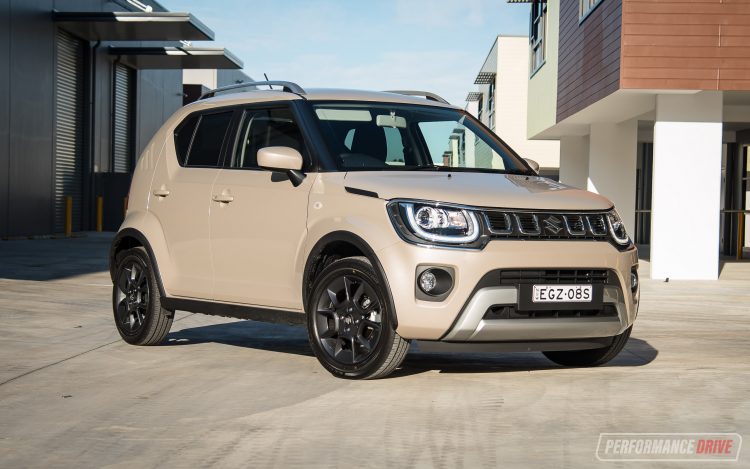 Two variants make up the Australian lineup. There’s the GL for the budget-minded, and the GLX for those looking to splash out and treat themselves. Both feature a determined 1.2-litre four-cylinder petrol engine producing 66kW and 120Nm. Going for GL opens up the possibility of a five-speed manual or optional CVT auto, while the GLX is restricted to the CVT only. 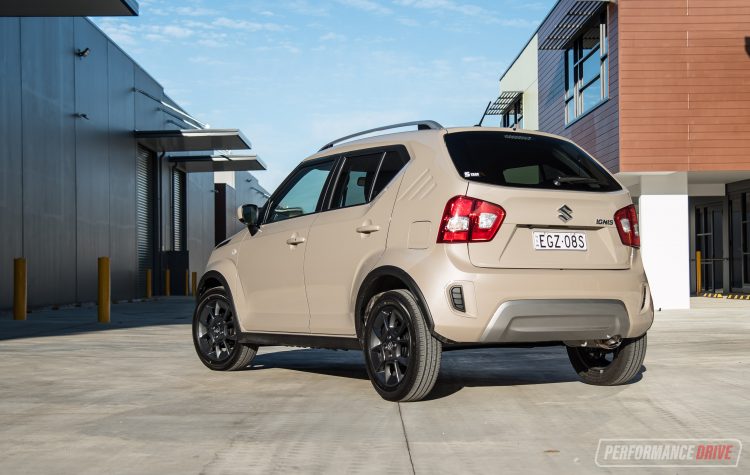 Standing just 3700mm long, 1660mm wide, and 1595mm tall, this is a perfect vehicle for those living in tight inner-city conditions. It’s really easy to park, not only thanks to its minute size but also thanks to its tall windows and outstanding visibility. The in-car design features a lot of straight edges and no weird or awkward shapes, making it easier to see around the pillars.

Don’t be fooled by the diminutive dimensions, though. The cabin is surprisingly accommodating. We adore the simplicity of the dash and centre console layout. There’s plenty of space for your things and even a couple of cup holders in the front, bottle holders in all four doors, and even a rear cup holder. USB and 12V outlets are at the ready in the front. 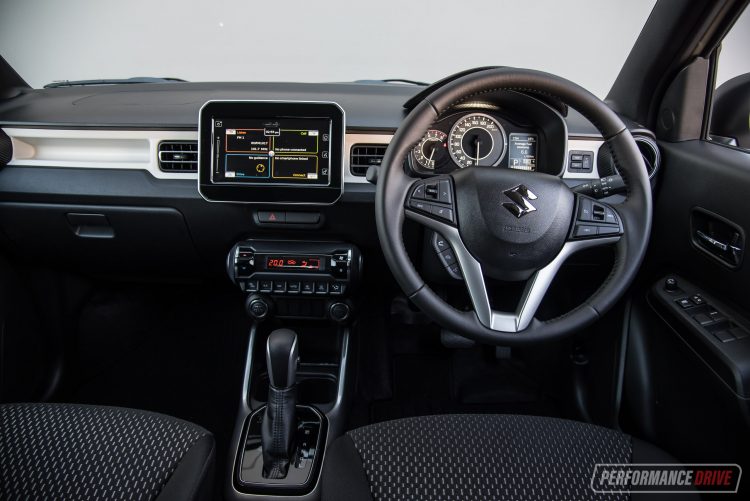 Passenger space is adequate for this market segment. The Ignis uses a tall and upright cabin orientation, so headroom isn’t likely to be a problem for most people. Even in the back. Granted, the exterior design is a bit, shall we say, ungraceful at the back to facilitate rear headroom. But from the inside, it’s all thumbs up from all passengers.

Suzuki hasn’t bothered stuffing around with squeezing three seats across the back bench. The GLX is a four-seater vehicle, while the GL offers five. And, conveniently, the two rear seats actually offer slide and recline adjustment. This isn’t so much about providing luxury for the passengers, but also to enhance the versatility of the Ignis; sliding the rear seats forward opens up boot space.

Speaking of which, the tiny derriere conceals 264L of storage volume, and it opens up to 1104L when the rear seats are folded down. They don’t fold completely flat though, which is a little disappointing, particularly as Suzuki has applied such thoughtful measures in all other areas. 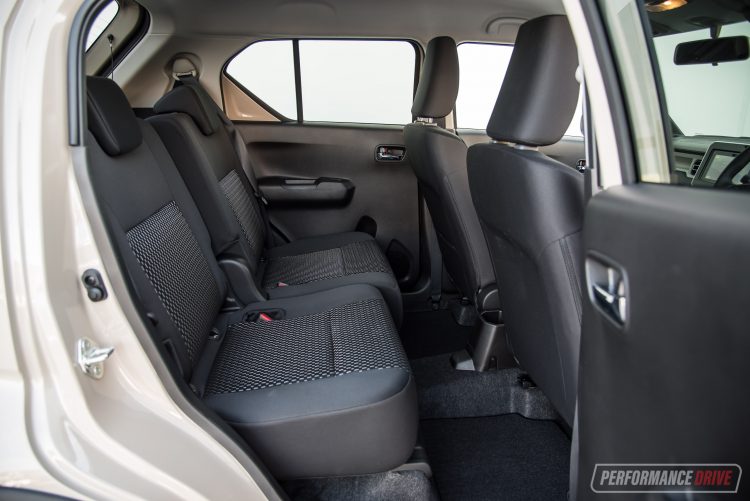 As for the creature comforts and amenities, both the GL and GLX showcase a 7.0-inch touch-screen media interface packing everything from sat-nav and a rear-view camera, to Android Auto and Apple CarPlay. It’s brilliant. Menu functionality is quick to fathom thanks to its four-box grid-like structure. Although we generally loathe volume buttons as opposed to conventional knobs, the Suzuki’s button system allows you to swipe/smudge up and down to fast-track to your desired volume.

Safety isn’t likely to be a strong card for the Ignis. Well, we just don’t know. ANCAP hasn’t yet tested it to provide a safety rating. Autonomous emergency braking isn’t available, which is now a prerequisite for a five-star rating. However, it does come with six airbags, stability and traction control, brake-force distribution management, and ISOFIX child seat anchors.

Lastly, we thought now might be a good time to mention the changes for the series II update. There isn’t much, to be honest. Slightly revised front and rear bumper bars, a new front grille, and some updated coloured accents inside are pretty much it. Some new exterior paint colours have also been introduced; Black, Ivory Pearl, Khaki. We think this could have been a great time for Suzuki to boost some of the technology – overseas models now come with mild-hybrid power, for instance. 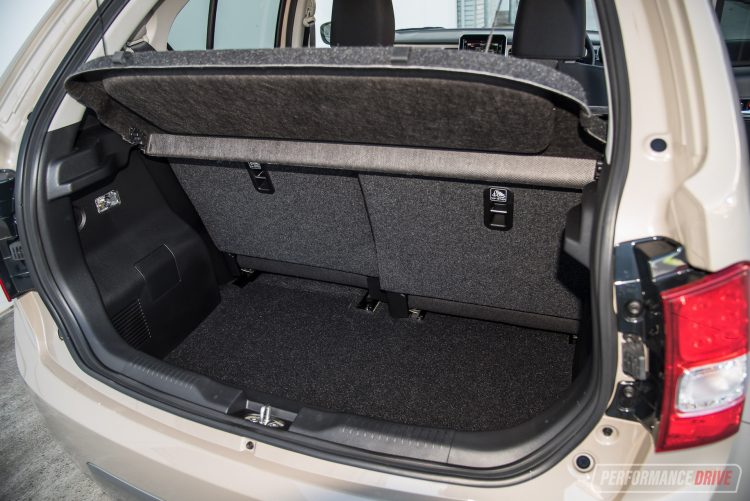 Power continues to come from a rev-happy 1.2-litre naturally aspirated four-cylinder engine. It ambitiously blossoms 66kW when stretched to 6000rpm, and on its way, 120Nm is achieved at 4400rpm. Yep, we know, that doesn’t sound too appetising. However, the Ignis is unbelievably light weight. According to the specs the kerb weight is just 865kg. That makes it not only one of the lightest SUVs in the class, but also one of the lightest full-bodied cars on the market.

This has a profound impact on the car’s driving character. It feels very light on its feet, skipping and prancing its way down the road. Even in city conditions. Most of the time it feels like you’re travelling at much faster speeds than you actually are. This isn’t a bad thing. Quite the opposite, actually. It means that even during the most mundane daily commute, this feels fun and mischievous. 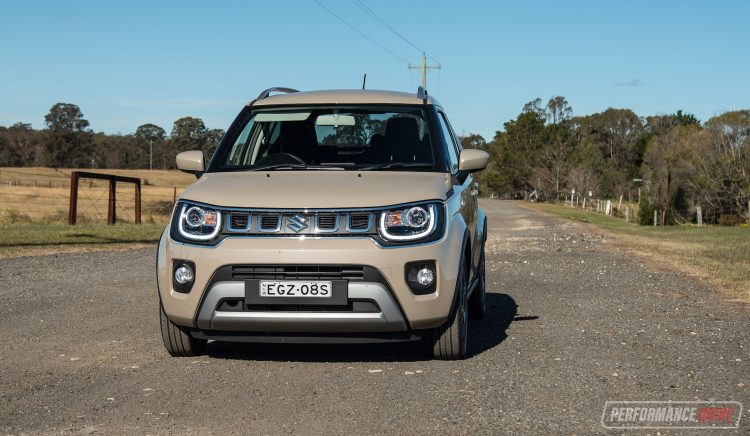 Despite featuring a very rudimentary torsion beam rear suspension setup, the Ignis tackles corners with competence and playfulness too, in equal measure. There’s enough suspension travel at the front and rear to absorb Australia’s terrible backroads, and plenty of feedback is conveyed through the mechanical/hydraulic power steering system. Working with the lovely three-spoke steering wheel adds to the joy as well.

Across the standard 0-100km/h sprint we clocked a best time of 10.70 seconds. That’s not too bad for this specific class. But again, it feels faster than it is. This, in our opinion, is better than a car feeling slower than it actually is. Perhaps the main letdown for the driving character is the CVT auto. The unit itself is just fine in city conditions. It keeps the engine in its sweet spot, which is usually pretty high in the rev range, but it helps the engine to maintain its optimum torque. During spirited driving though, and out on the highway, the engine screams like Jimmy Barnes during a warm-up session. 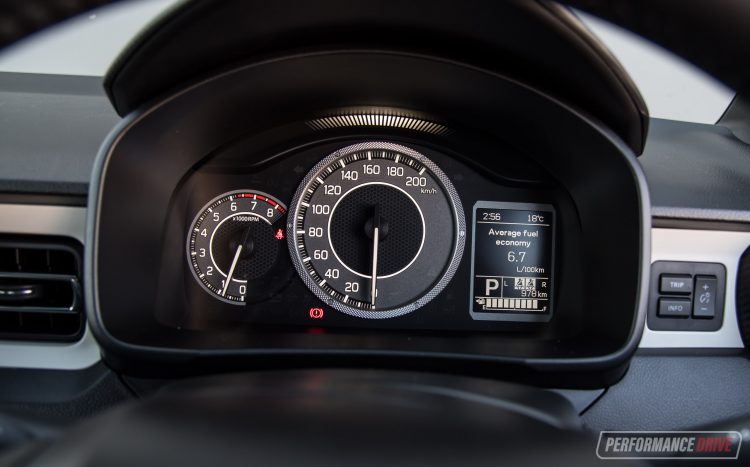 By far the most compelling factor of the Ignis is the fuel consumption. This is one of those rare vehicles where the fuel economy doesn’t really fluctuate between relaxed and heated driving. During our week of testing, which comprised mostly full-throttle driving, the little Ignis returned an average rate of just 6.0L/100km. The official rating is a Toyota Prius-like 4.9L/100km.

It’s cute, extremely frugal, and surprisingly spacious (or at least space efficient) inside. It merely sips fuel and yet acceleration isn’t too shabby against the key competitors. And it’s fun to drive, in any environment. If you are in the market for an excitable little run-around, the series II Ignis is definitely worth a look.

Our main concerns are that it hasn’t been given an ANCAP safety rating yet, and that not much has changed for series II – this could have been a good opportunity to introduce autonomous emergency braking, for example. Overall though, it’s a perfectly fit-for-purpose proposition for its intended market.