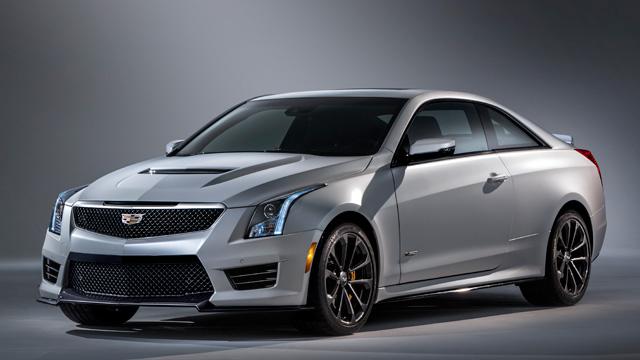 Remember the 2016 Chevrolet ATS-V teaser from yesterday? It seems some official images have leaked online revealing the high-performance coupe in full before its LA show debut next week. 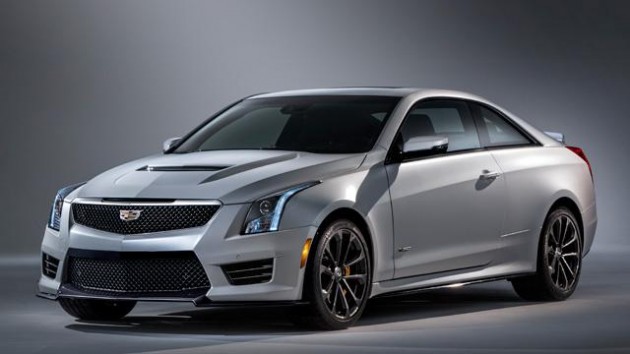 The 2016 Chevrolet ATS-V is turning out to be one hell of a sports car to look forward to. It will be GM’s answer to vehicles such as the BMW M3/M4 and Lexus IS F/RC F, and it will be the little brother to the Cadillac CTS-V.

Specifications and performance details are still under tight wraps at this stage but there is a fair amount of evidence to suggest this new beast will come with a twin-turbo V6. Power is expected to peak at around 320-330kW, offering drivers pure rear-wheel drive dynamics via a six-speed manual or paddle-shift-equipped eight-speed auto.

As you can see in the leaked images, the ATS-V will be a muscly mid-sizer, sporting sharply-cut wings and panel contours, almost centrally-mounted exhausts, special lightweight alloy wheels, and some darkened highlights scattered around the place.

Inside, passengers are treated to a luxury/sporty interior with big bucket seats in the front covered in two-tone leather, while the dash features a main touch-screen interface with cool blue backlighting which matches the interment cluster. 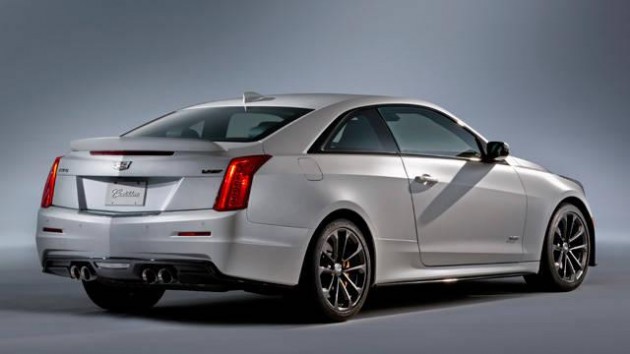 Of course, there are no plans for GM to introduce the Cadillac ATS-V in Australia that we know about. But as we said yesterday, Holden will soon be fishing for international GM products to fill up its local showroom when the Commodore departs in 2017. Fingers crossed.