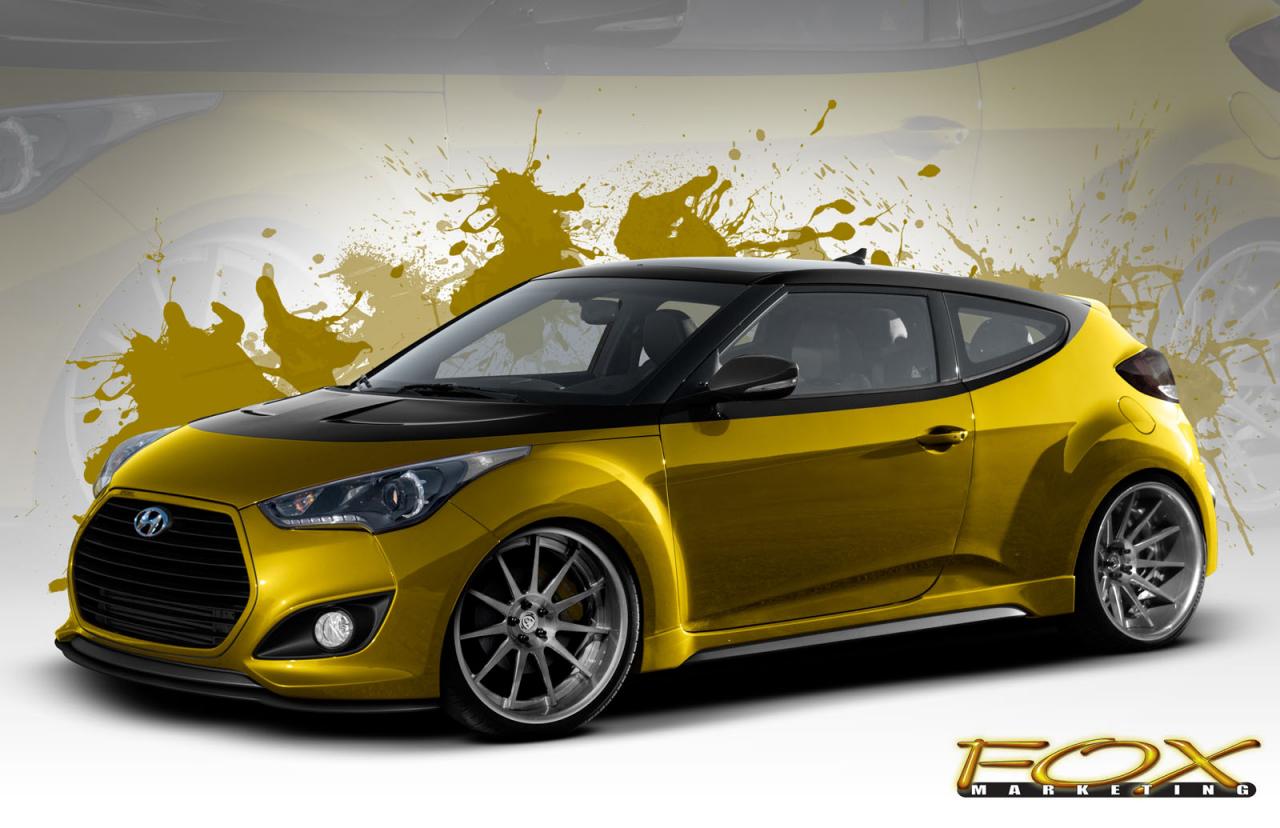 The SEMA Show this year will be filled with all kinds of modified vehicles, including various projects from Hyundai. One of them will be a high-powered Veloster Turbo produced in conjunction with Fox Marketing, as previewed here. 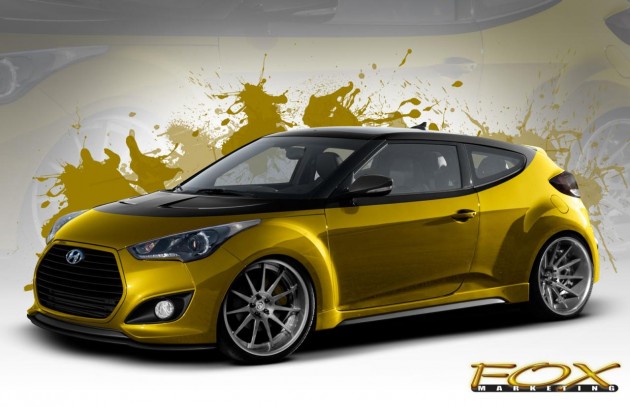 Using the Veloster Turbo’s 1.6-litre turbo four-cylinder as a base, Fox Marketing is planning to boost overall performance by quite a margin while retaining overall reliability.

The package will include a larger Borg Warner turbocharger, a big front-mounted intercooler, AEM water/methanol injection, and an engine computer tune via SeoulfulRacing. Power is set to be boosted from the factory 150kW out to a much more serious 276kW.

Suspension and handling will be enhanced with a set of ARK Performance coilover struts at all four corners, as well as a UNIQ Performance strut brace and ImportShark chassis bracing to increase body rigidity.

To give the sporty Veloster some more aggressive styling, the plan is to fit an ImportShark front lip spoiler, custom mesh in the rear diffuser section, with a set racing alloy wheels hiding WP Pro EX6 six-piston brakes.

“The Veloster Turbo was designed with affordable performance in mind. Fox Marketing’s unique concept showcases the versatility of our turbocharged 4-cylinder Gamma engine family while expanding the overall performance envelope for the Veloster line.”

The SEMA Show will run from November 5-8. Stay tuned for plenty of coverage.