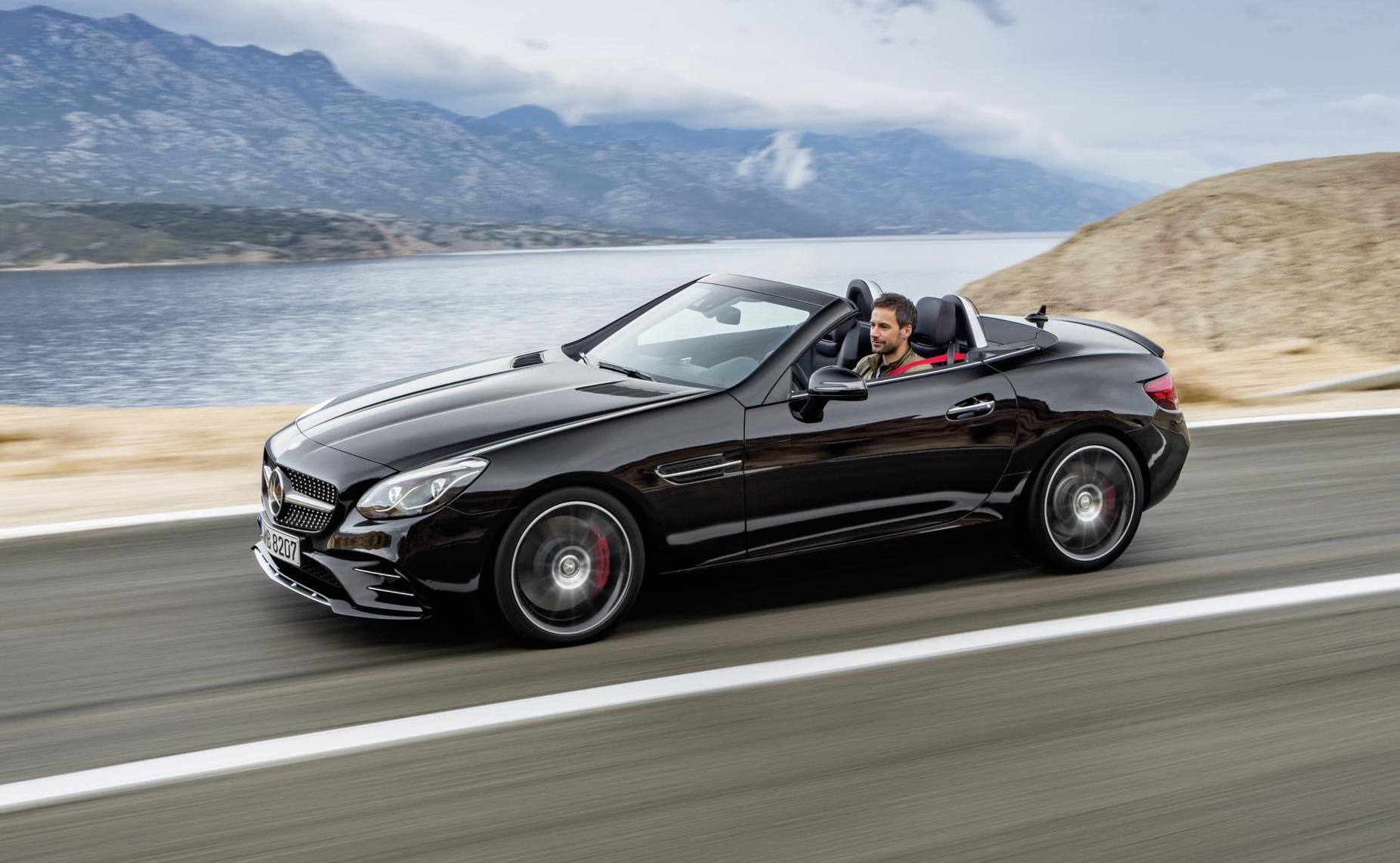 Mercedes-Benz has revealed the new generation two-seat roadster, called the ‘R173’ SLC. Replacing the R172 SLK, the SLC is the mid-cycle facelift with minor updates. 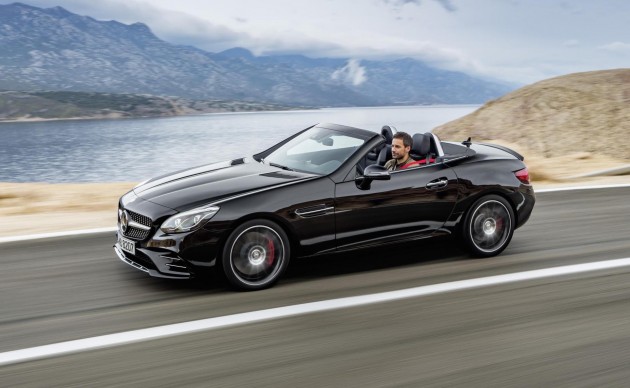 The new V6 AMG engine produces 270kW and 520Nm, while returning an average consumption of 7.8L/100km – an improvement of 8 per cent over the V8-engined SLK 55 AMG. The trade-off to this efficiency is a 0-100km/h time 0.1 seconds slower. A benefit of the switch, aside from less weight, is better emissions, rated at 178g/km. 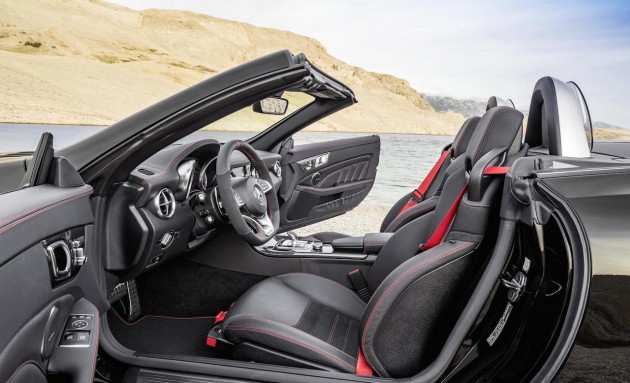 Transmission choices range from a six-speed manual on the SLC 200 and 300, and a nine-speed automatic available across the range. Suspension changes including new axles, stiffer sub-frame mountings and sharper steering point to a more focused driving experience, while a limited-slip diff is available in the ‘Handling’ package.

Styling changes are not substantial, but the cabin gets a 7.0-inch touch-screen display with updated apps, while there’s also new technologies including Collision Prevention Assist Plus, optional LED lighting, and Traffic Sign recognition. Pricing and local specifications are expected to come closer to the car’s 2016 launch.