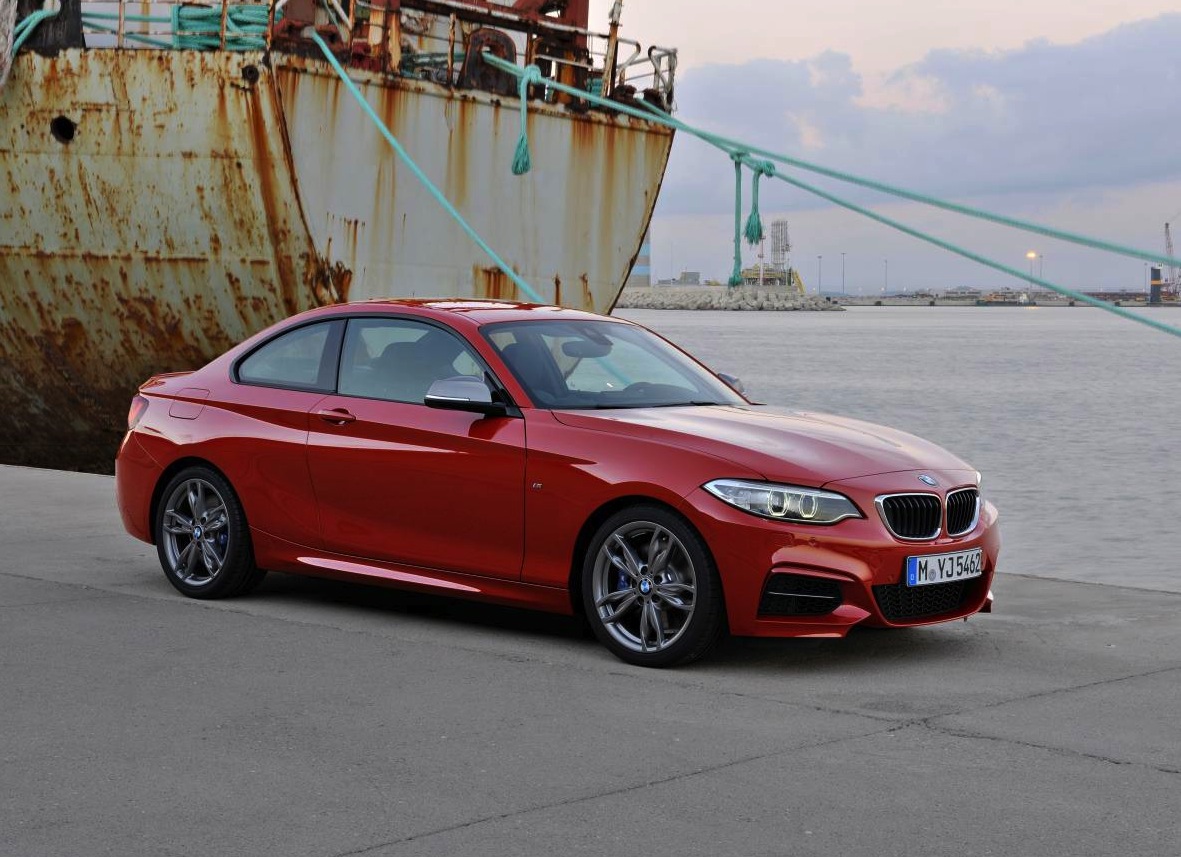 BMW has revealed the all-new BMW 2 Series Coupe; the replacement to the 1 Series Coupe. It will arrive in international markets next year in five key variant levels, at least initially. 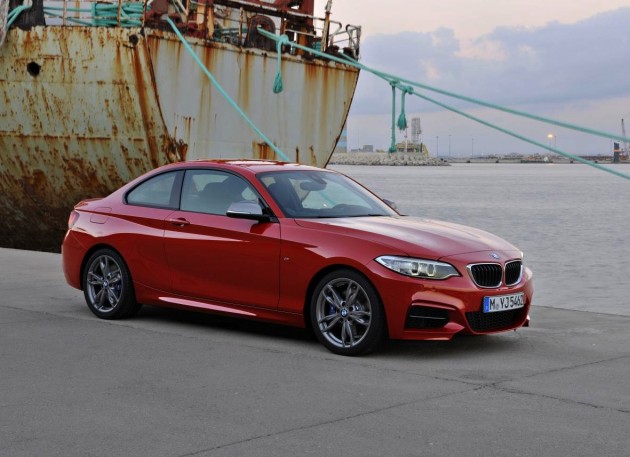 Although it looks similar to the current 1 Series Coupe, the 2 Series is slightly larger. It’s 72mm longer and 32mm wider, with more cabin space particularly in front headroom and rear legroom areas. The boot has also grown by 20 litres to 390 litres.

Kicking off the range (Australian market specifications are still yet to be confirmed) is the 220i. It comes with a 2.0-litre turbo four-cylinder producing 135kW and 270Nm. Flat throttle off the mark results in 0-100km/h coming up in a fairly brisk 7.0 seconds. It offers a combined cycle fuel economy of 6.1L/100km.

Next up is the 218d turbo-diesel. It comes with a twin-turbo diesel four-cylinder developing 105kW and 320Nm, capable of sprinting from 0-100km/h in 8.6 seconds (in auto form). Fuel economy is unsurprisingly excellent, with an average of 4.2L/100km.

For those wanting a bit more shove, the 220d comes with a slightly tweaked version of the 218d engine producing 135kW and 380Nm. It offers the same fuel economy figures only it’s able to cover 0-100km/h in 7.1 seconds.

For performance diesel enthusiasts, the 225d is enhanced even more, producing 160kW and an impressive 450Nm. Acceleration from 0-100km/h comes up in just 6.3 seconds while fuel economy is rated at 4.7L/100km.

Finally, for outright driving enthusiasts there is the M235i. It, as speculated earlier this week, comes with a 3.0-litre turbo inline six-cylinder producing 240kW and 450Nm. This makes it only 10kW short of the muscly 1 Series M Coupe. As for the 0-100km/h dash, it’s knocked over in just 4.8 seconds (5.0 seconds manual). Fuel economy is a very reasonable 7.6L/100km for the auto.

Engine options aside, the 2 Series will come with a variety of advanced and luxury features. Auto engine stop-start is standard on all models, and all come with BMW’s latest ‘Driving Experience Control’ with selectable driving modes.

Optionally, an M Sport will also be available to further boost driver enjoyment. The pack can be head with adaptive M Sport dampers, M Sport brakes, and an electronic locking differential. An M Performance mechanical limited-slip differential will be on offer for the M235i.

BMW Australia is yet to announce specific model grades and prices. The car will launch internationally in March, 2014.