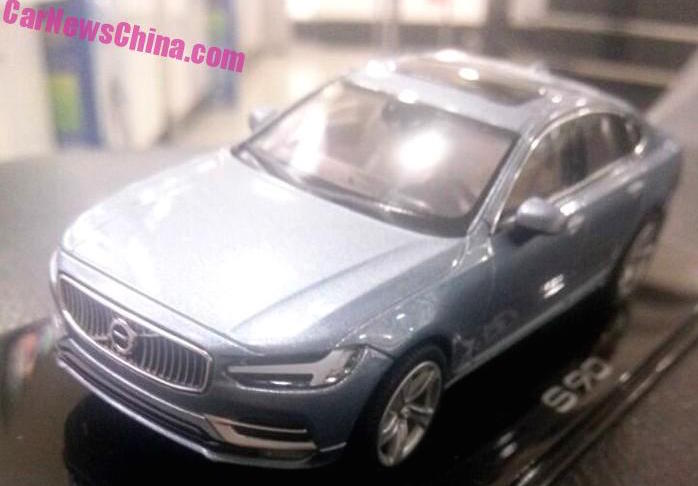 Some more images of the scale model 2016 Volvo S90 have surfaced online, giving us the best look yet at the upcoming flagship. 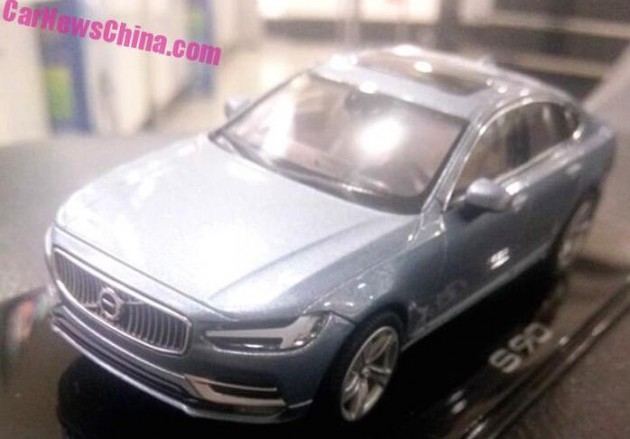 CarNewsChina.com has got hold of the images once again, showing various angles of the new model. Volvo is still yet to even officially announce the new S90’s debut schedule, but as a report indicated last month it will be unveiled at the Detroit show in January.

According to reports, the scale model is one of 2000 that were made for Volvo, with two apparently stolen by one of the toymaker employees. The models are made by French company Norev, which specialises in making die-cast toy cars.

It’s believed the initial designs of the future S90 were given to Norev in preparation for its debut. The model cars are likely to have been made for marketing purposes, possibly for special launch events and so on.

Regardless of the authenticity or who stole the models, they show the new S90 will adopt the styling language first seen on the new XC90 SUV. You can see the Thor hammer LED-infused headlights, new-look front grille, and a rather squarish rear end with C-shaped taillights.

If you take a really close look, some of the interior is also revealed in some images. A new-look steering wheel seems in place, similar to the item on the XC90 as well, while the dash appears to feature a large tablet-style touch-screen interface. 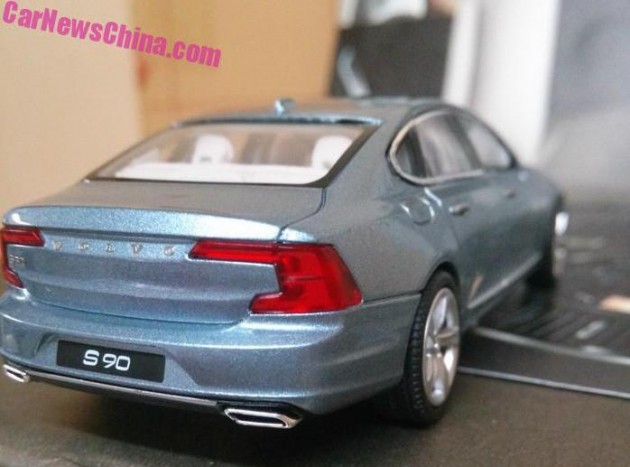 Following plans to downsize all engines, Volvo is expected to fit only four-cylinder powertrain options to the new S90. We needn’t worry about power though. As the XC90 T6 shows us, Volvo has a potent 2.0-litre turbo and supercharged four-cylinder that produces 235kW and 400Nm. A ‘T8’ hybrid is also likely to join the range, producing around 300kW.

The new model is set to go on sale as soon as next year, initially in the Chinese market. There’s speak of a ‘V90’ shooting brake wagon to follow as well.