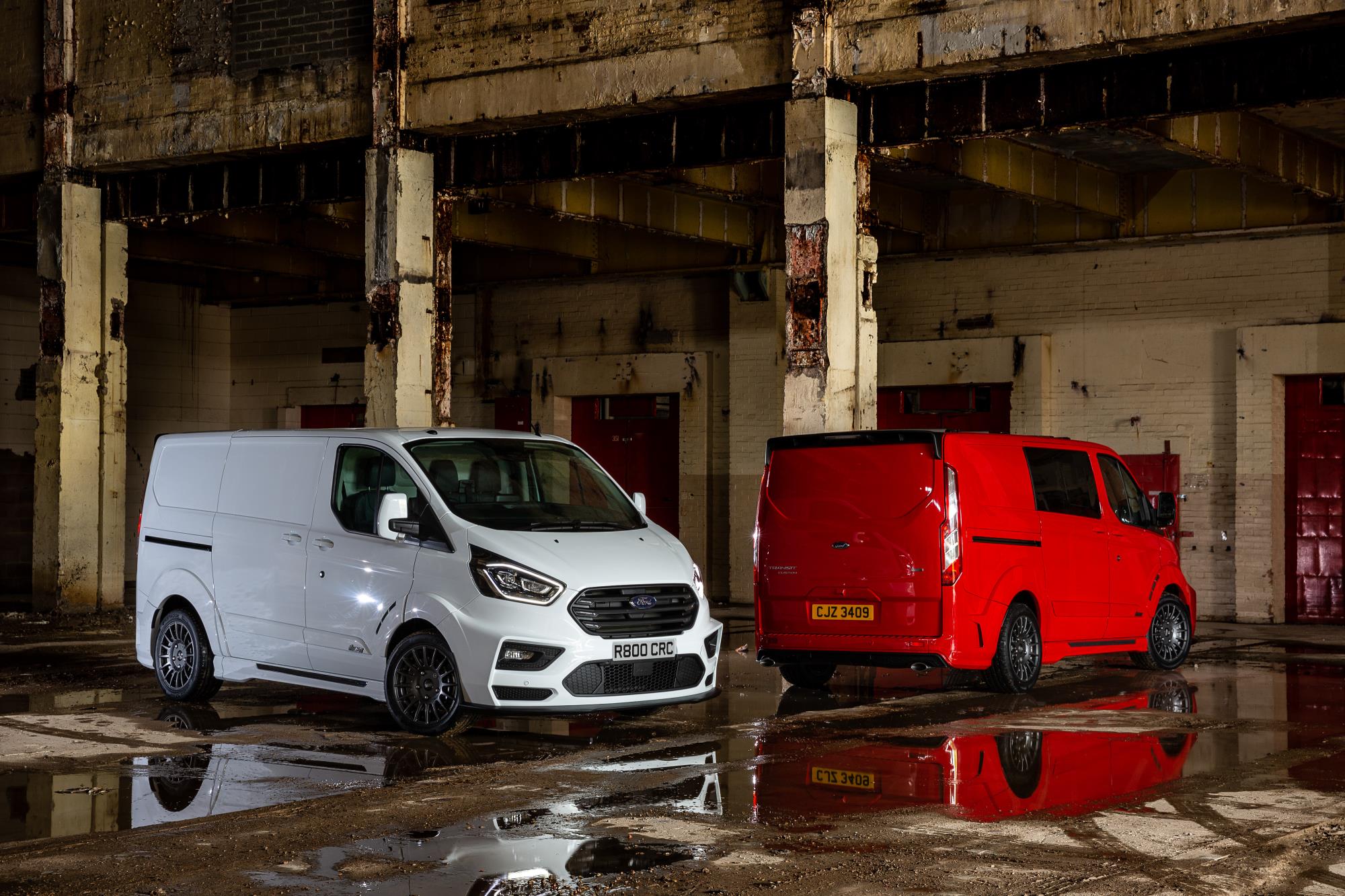 Based on the Ford Transit Custom, M-Sport Ford Works Rally Team has debuted a new motorsport-inspired version of the popular van. The MS-RT Transit Custom comes in both single and double-cab form, as well as two different wheelbases. 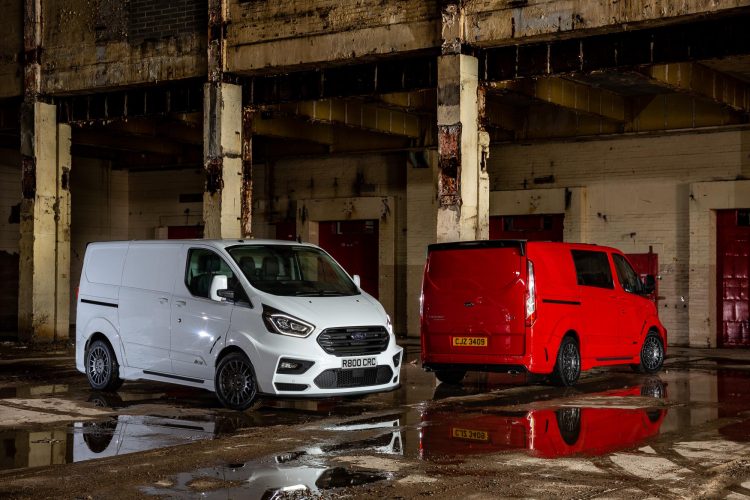 According to Ford, the special edition comes with “technology and aerodynamic influences” from its works-backed rally team to create a “performance version” of the UK’s most popular commercial vehicle. Each Transit is hand-finished at the rally team’s factory in Gwent, South Wales.

The MS-RT Transit Custom’s exterior wears a new full front bumper and grill, which includes integrated factory fog lamps and a front diffuser, while the wheel arches now sport a set of wide-body arch extensions. The sills have also been jazzed up, and the rear of the van includes a neat diffuser and spoiler. All of the mentioned parts are produced at the rally team’s other factory in Pontypool, South Wales. 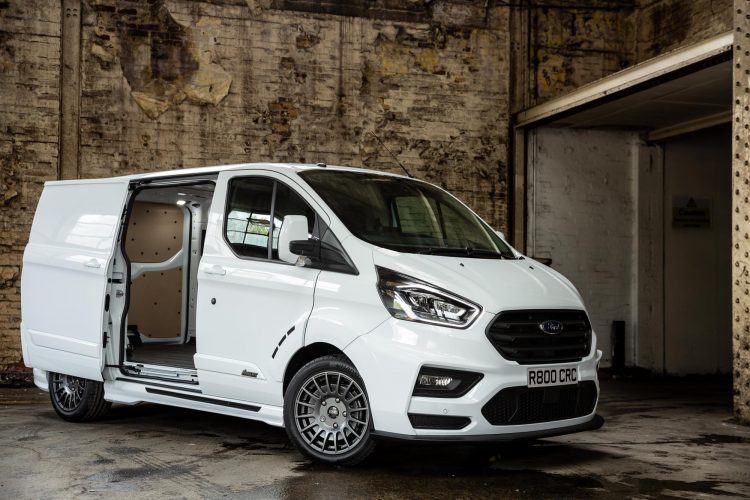 Probably the standout of the van’s new look are the exclusive 18-inch Anthracite OZ Racing alloy wheels which are wrapped with 103 XL load-rated Hankook Ventus S1 evo2 tyres. No modified van would be complete without being lowered, so a set of Eibach performance lowering springs have been fitted. 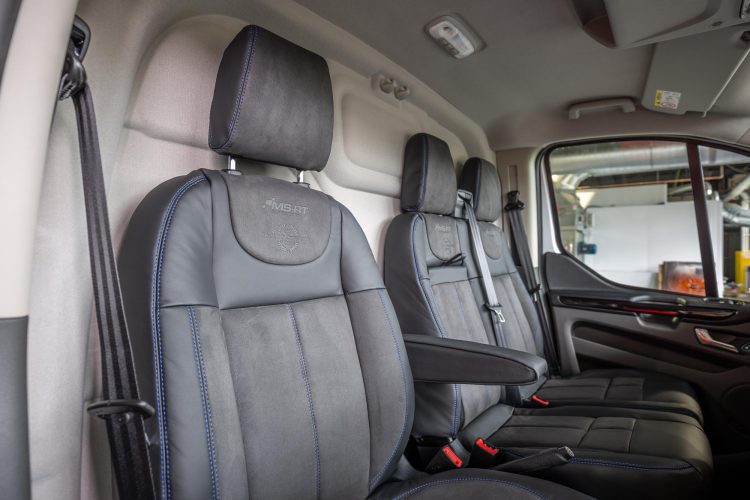 M-Sport Ford Works Rally Team says the combination of the new wheels and tweaked suspension “improves handling and responsiveness, while at the same time ensuring the Transit Custom still delivers where it needs to by maintaining its payload capacity”.

“The new MS-RT Transit Custom takes an already excellent van and turns it into something really special, which owners are bound to cherish, and which businesses will use to make their brands really stand out.” 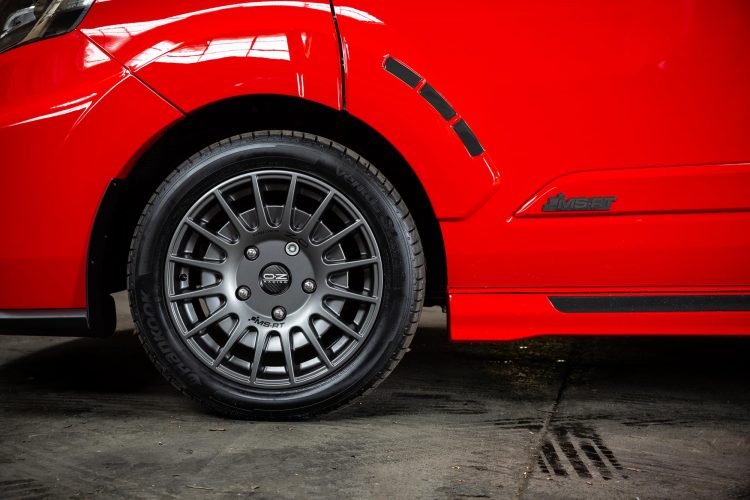 Despite all the modifications to aesthetics and handling, power from the 170PS (125kW/405Nm) EcoBlue 2.0-litre turbo-diesel TDCi engine remains untouched. Giving the MS-RT Transit Custom some bark is a British-made twin sports exhaust system, along with unique MS-RT exterior branding and decals. All models are available with either a six-speed manual or six-speed automatic transmission.

The kit is actually available in Australia, through MS-RT in Melbourne. The local arm also makes kits for the Ranger. Head over to their website for more details.