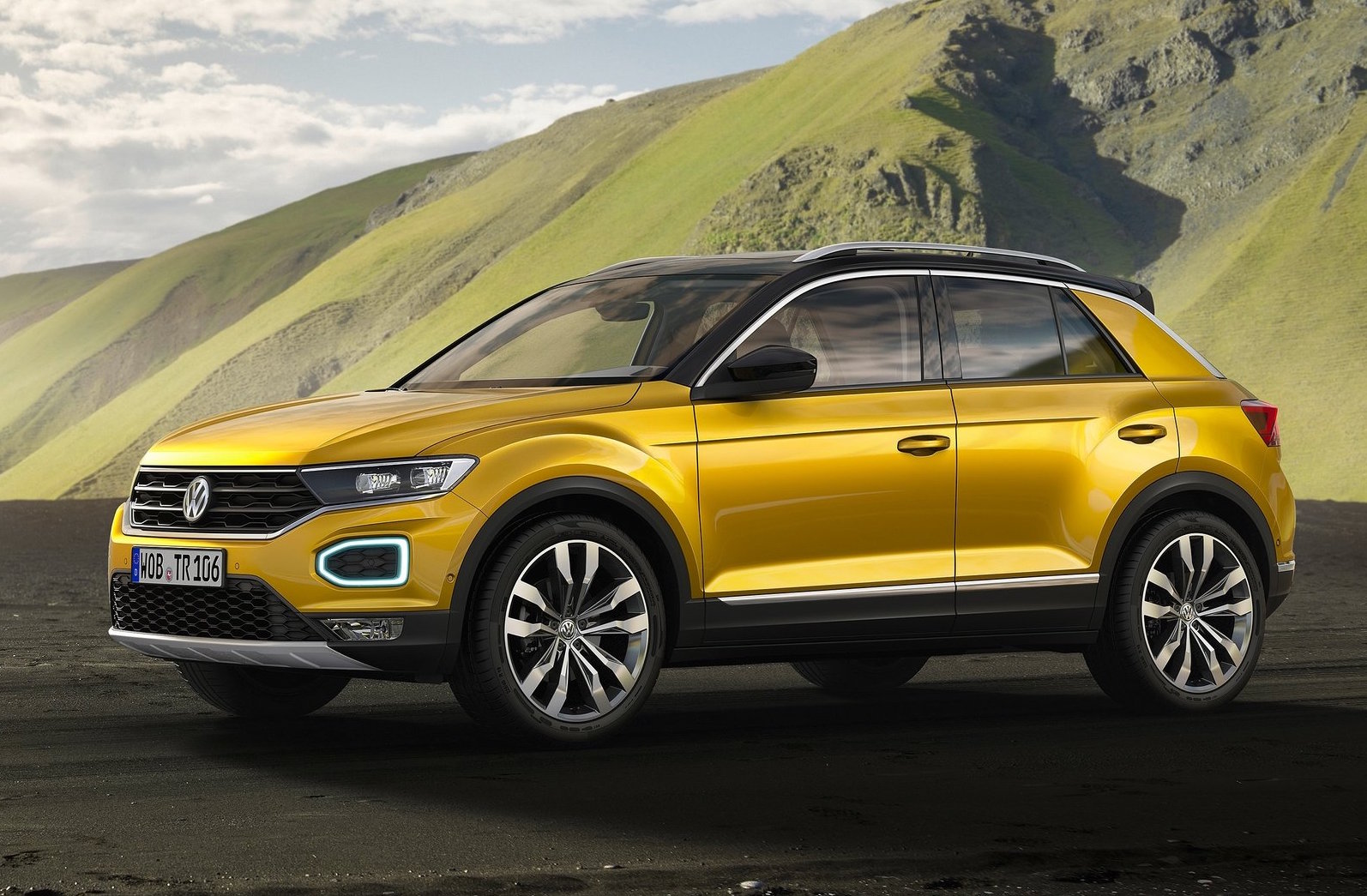 After a number of teasers and curious spy spottings, Volkswagen has now unveiled the T-Roc compact SUV. It comes in beneath the Tiguan as VW’s fourth SUV offering. 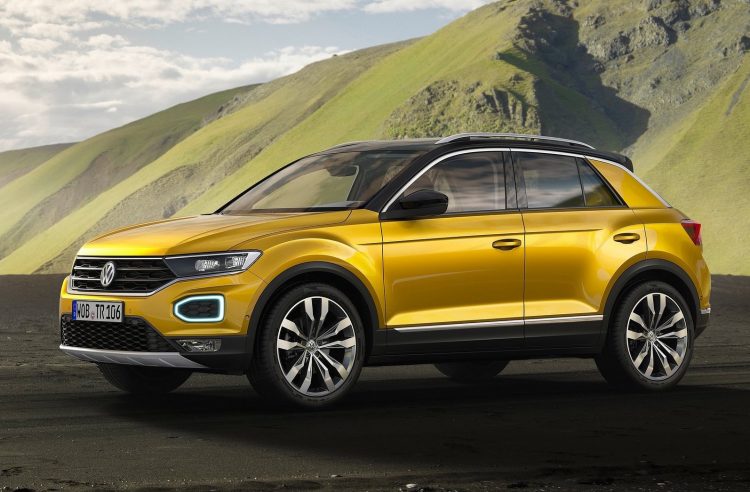 Based on the same MQB platform as the Tiguan and Golf, the T-Roc is designed as a funky proposition for the younger demographic. Check out the attention-grabbing two-tone paintwork, for starters, and the swooping coupe-like roofline. This is essentially VW’s answer to vehicles such as the Mazda CX-3 and Toyota CR-H.

Packaged in the pint-sized peoples’ car is a 445-litre cargo area which is expandable to 1290 litres with the 60:40 rear seats folded down. This is a lot more space than most rivals, while the rest of the cabin layout is typical Volkswagen in that it’s clean, modern and very straight forward.

Unlike most VWs though, there is some actual colour inside. This is a big step away from its usual, boring mono-tone themes. It looks like buyers will be able to option for a colour-coded centre dash insert and centre stack highlighting, matching the body colour. 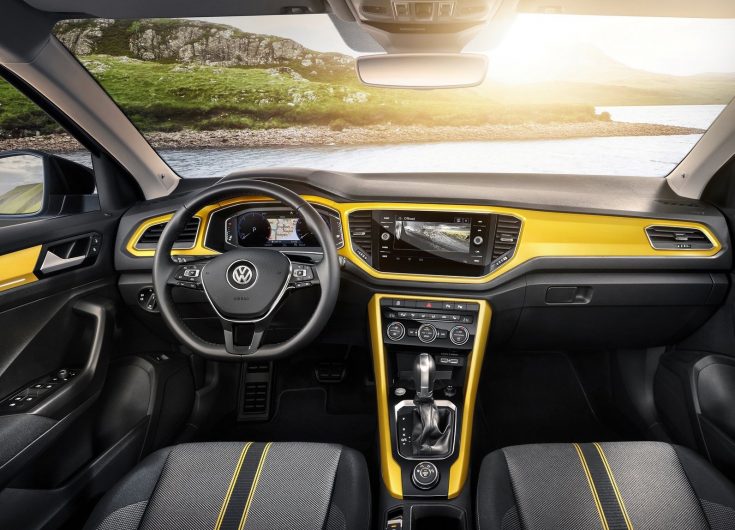 You can also see the large touch-screen interface which will be offered with VW’s Car Net connectivity offering users a wide range of online services and apps to play with, while the driver can view a fully digital instrument cluster. A new Security & Service package will also be offered, bringing emergency service, automatic accident notification, and roadside assistance for reassurance.

Power will from a family of three petrol and three diesel engines. All are turbocharged, with some paired to a manual and front-wheel drive, and others matched to 4Motion all-wheel drive and a dual-clutch auto. Specific outputs and final figures are yet to be revealed.

The new model will go on sale in Germany in November. Given the state of Volkswagen Australia’s significant delivery times we’d be guessing a local arrival won’t take place until at least the end of 2018.