Some may remember the wicked Autosport Dynamics Ford Mustang RTR-C from earlier this year, showcasing a full carbon fibre body. The 2013 Ford Mustang RTR version has now been revealed. 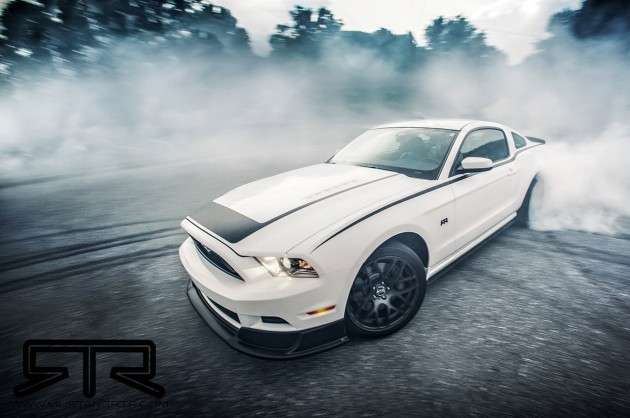 Although it’s not covered in carbon fibre, the 2013 Ford Mustang RTR can be had in two different forms; the Spec 1 and Spec 2. Both offer increased aero performance and exterior enhancements, as well as a range of underbody mechnical changes to improve handling. 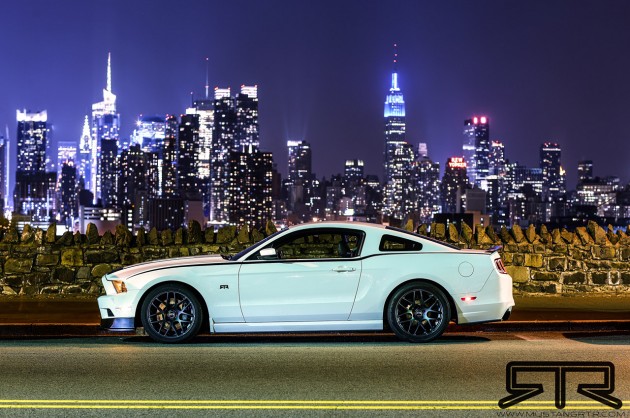 For the Spec 2, on top of the Spec 1 features, it gets an aggressive chunky rear diffuser, Ford Racing adjustable dampers and lowered springs, four-way adjustable stabiliser bars, a rear chassis brace, and a Ford Racing engine tune. An optional 392kW or a 466kW supercharged V8 is also available.

It’s understood the Mustang RTR package is available from selected US premium Ford dealerships, as an option on new model Mustangs. Prices for the Spec 1 start at US$6250, and US$11,995 for the Spec 2.

“I couldn’t be any more excited with the traction and reception of RTR since its introduction just two short years ago.

“We will continue to push the envelope and give our customers a fun, aggressive-looking car to drive and a family that they are excited to be a part of well into the future. We are just getting the RTR party started!”