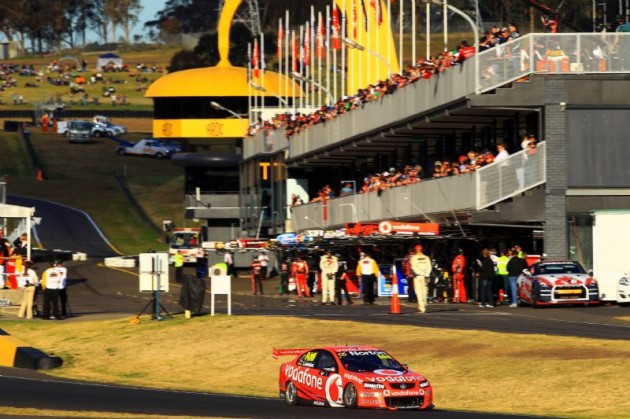 His reigning champion teammate Jamie Whincup didn’t have a similar performance however, his Commodore suffered a flat tyre late in the race to drop him to 23rd by race end. 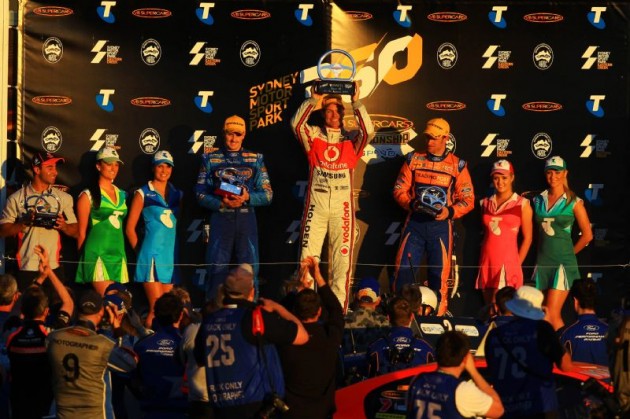 In doing so, he surrendered the championship to Ford Performance Racing’s Mark Winterbottom who finished the race second. Winterbottom’s teammate Will Davison completed yet another all TeamVodafone/FPR podium.

Walkinshaw Racing had one of its best races of the year with Holden Racing Team’s Garth Tander storming home in fourth, with veteran Supercheap Auto Racing driver Russell Ingall completing the top five. Fellow HRT driver James Courtney was next in sixth.

The next round of the V8 Supercars series at Sydney Motorsport Park continues tomorrow with a 220km event.