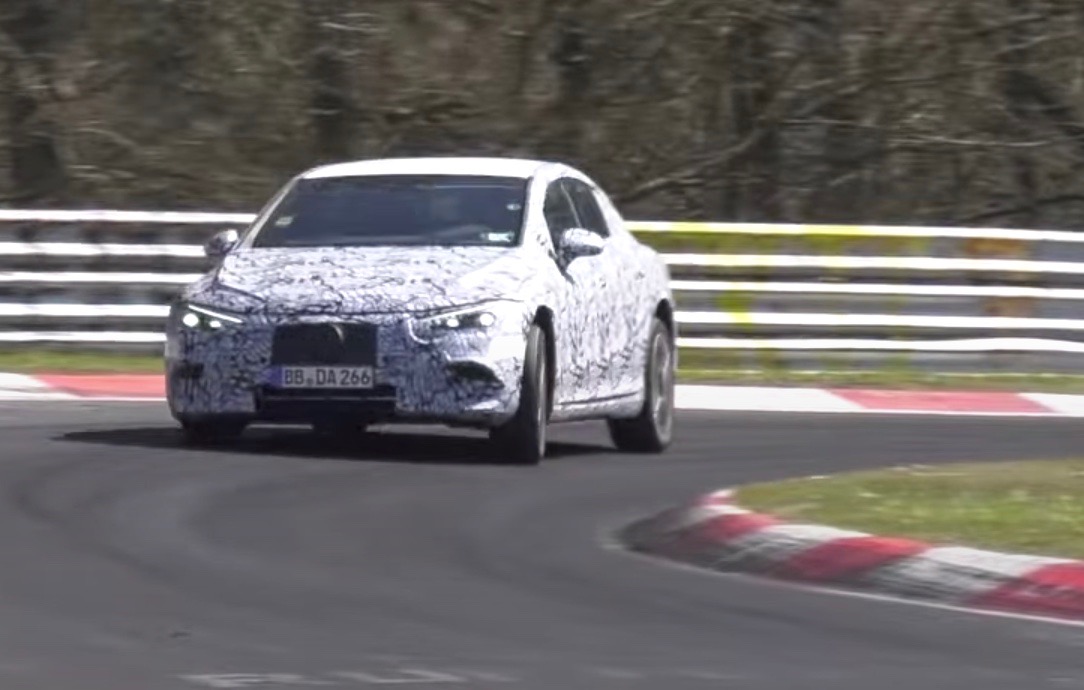 A prototype version of the upcoming Mercedes-Benz EQE fully electric luxury sedan has been spotted testing at the Nurburgring, giving us a good indication of its exterior proportions and its performance. 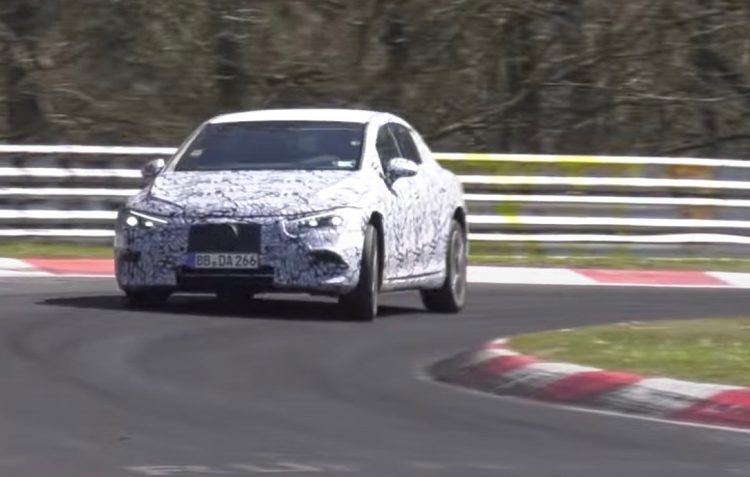 Mercedes has previously confirmed some details about the EQE, and has even handed out some photos showing a camouflaged prototype. However, specifications and details about its design are yet to be revealed. Given that this will essentially give the Tesla Model S a run for its money, we should expect some very impressive things in all areas. 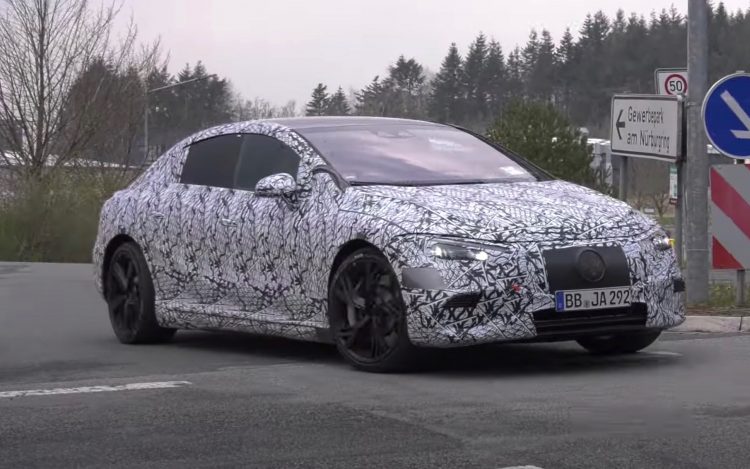 The spy video below, by Spy Car Media, shows the sleek sedan ripping around the German circuit. Although there is plenty of camouflage and disorienting body wrap, it looks like the EQE will borrow a similar design profile as the EQS flagship. At the front it’s expected to feature a blocked and blacked-out grille area, because obviously it doesn’t need to take in any air, with flush headlights potentially incorporating a full-width daytime running light.

Turning to the sides, the sedan goes for a four-door coupe silhouette, like the EQS, with very pointed A- and C-pillar, while the rear showcases a neat lip spoiler and more muscular rear haunches than the EQS. Again, a full-width taillight is set to be applied in keeping with current trends. 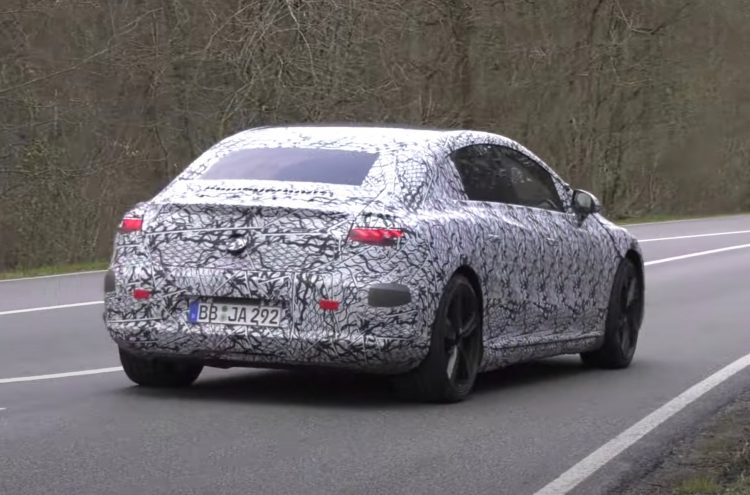 As for the powertrain, the new model could borrow the electric setups from the EQS. Specifically, the EQS 450+ and EQS 580. These use a 90kWh and 107.8kWh battery pack, respectively, with a full-charge range of up to 770km – one of the highest ranges in the industry.

Outputs are 245kW and 568Nm, and up to 385kW and 855Nm for the flagship. If that’s not enough the company has confirmed there will be a high-performance version of the EQS further down the track, likely from its AMG division, and we’d anticipate a similar thing for this EQE – an electric E 63 S?

Market entry in Europe is expected to take place much later this year or early next year, although, we reckon the international semiconductor shortage could slow things down given the huge degree of electronics involved. Check out the spy video below for a preview.