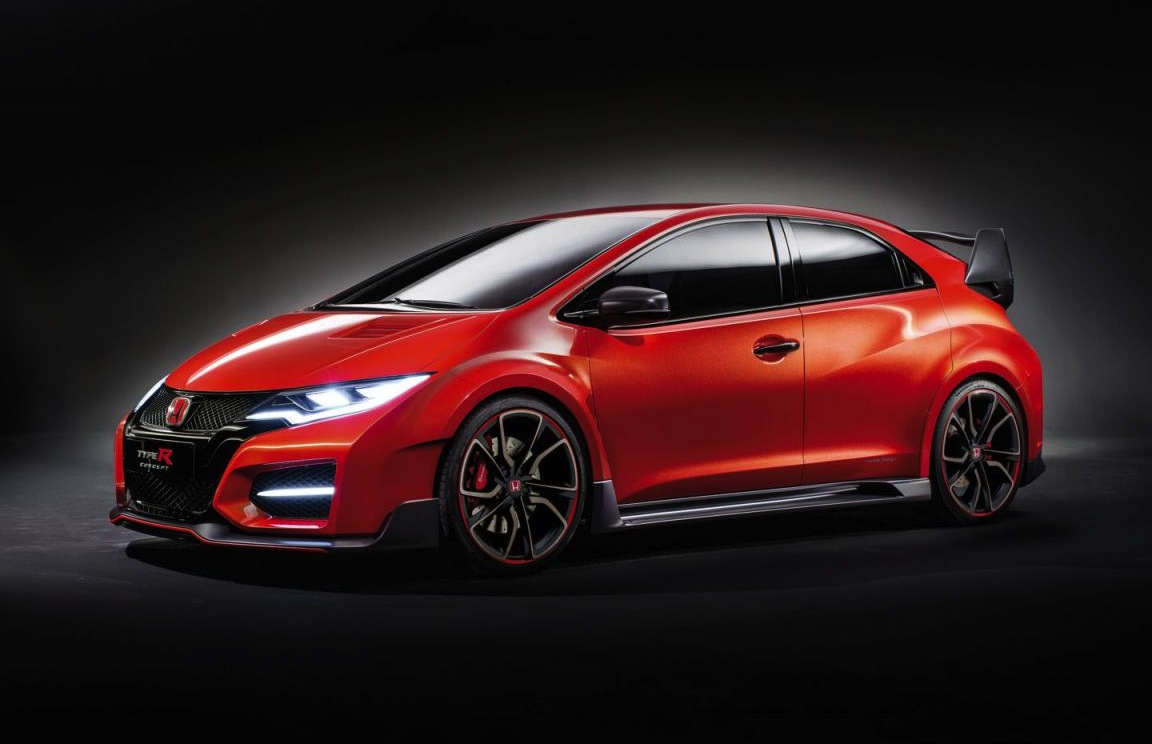 After a number of prototype teasers and what seems like countless concepts, Honda will finally unveil the production-ready version of the highly anticipated 2015 Civic Type R at the 2015 Geneva Motor Show next month. 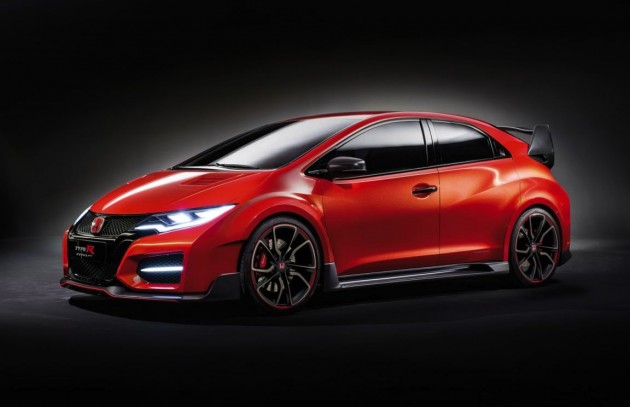 The new Civic Type R doesn’t need an introduction. It’s been the hot topic of hot hatch fans since we first heard word about the new model being in development. Honda has set high goals for the model and aims for it to be the quickest production front-wheel drive to ever lap the Nurburgring.

Power has been confirmed to come from a new 2.0-litre turbocharged petrol four-cylinder engine producing over 206kW. Performance figures and laps times obviously haven’t been revealed yet, but Honda will need to knock off the Renault Megane R.S. 275’s Nurburgring lap time of 7:54.36 in order to claim the record.

Like the predecessor, the new version is set to come with various performance components, such as active dampers and sports springs, serious multi-piston brakes, a flamboyant bodykit with various aero features, and a unique interior with big bucket seats.

For the first time for the Civic R, Honda will offer the driver an ‘+R’ button which will provide a unique driving mode, instantly sharpening the throttle response and tightening the steering feel.

Honda Australia has confirmed the NSX will be heading Down Under in 2016. The local company’s PR manager Melissa Cross also confirmed to PerformanceDrive that it will be introducing a range of “new Hybrid Sport technology” models in then near future, including the Accord Hybrid during the first half of this year. The new Civic Type R has also been confirmed for Australia.