Looking for a very unique Christmas present? One that will really impress your dearest car enthusiast? What about a full size Porsche 917 model complete with a race track and slot cars inside? 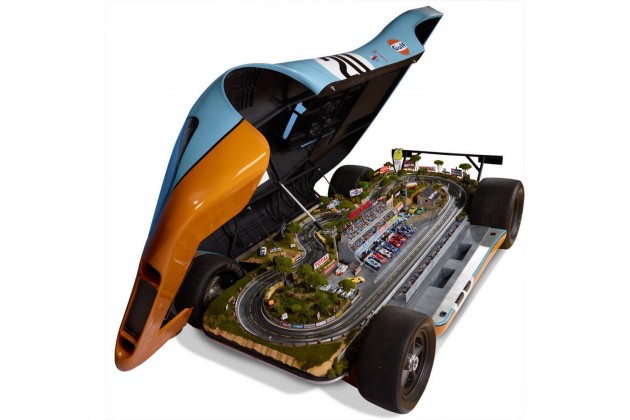 The highly detailed model features the same paint colour scheme as the number 20 race car of 1971. If you want attention to detail, there’s certainly plenty of it in this oversized toy. The headlights and taillights for instance operate as per your regular car, while all body highlights and decals replicate the actual race car. 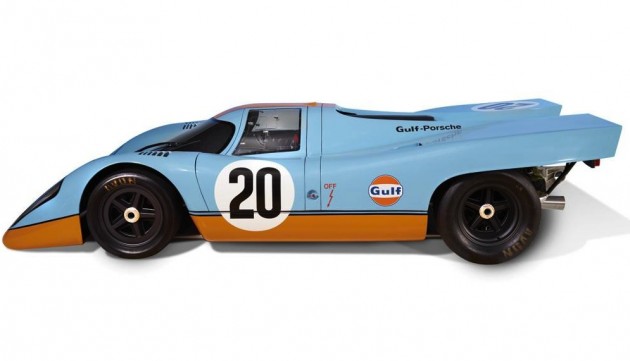 At the push of a button, the body can be raised like a clam shell, revealing a 1:32 scale version of the old Le Mans race track. It comes with its own set of 12 highly detailed limited-edition Le Mans slot cars.

The 917 itself is not something you or your kids could play around with in the lounge room, unfortunately, as it weighs in at 363kg. Even so, this would be an ideal item for the man cave, even just to sit and enjoy the stunning Porsche 917 body.

In its day, the 917 set a distance world record during the 1971 Le Mans race by achieving 5,335.313km at an average speed of 220.2km/h. The record was only superseded in 2010 by the Audi R15 TDI. The Porsche still holds the lap record though, despite some changes to the circuit.

If you’re interested in snapping up one of these monster toys, more details can be found at hammacher.com