A car park of around 100 custom and original street machines were on display today for the 1st Annual Jackie Fellows Benefit Car and Bike Show, raising money and awareness for Bowel Cancer Australia. 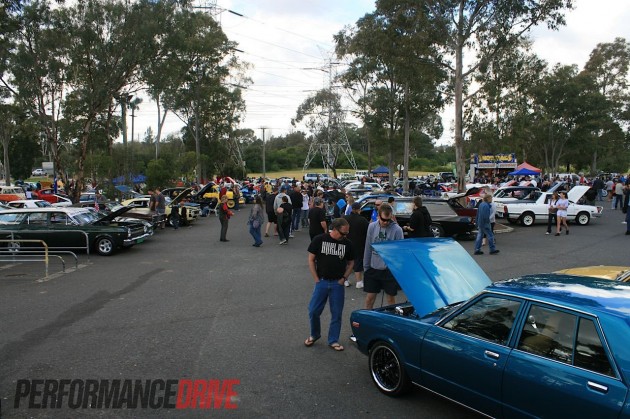 According to the statistics, bowel cancer in Australia claims the lives of around 4047 people every year. It’s the second most common killer disease behind lung cancer. As a way of creating more awareness and raising some much-needed funds, the Colyton Hotel near Penrith, Sydney, hosted a great show and shine event in its car park. 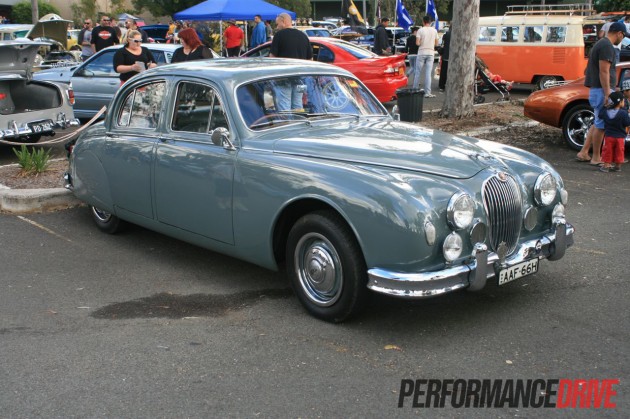 It was a jam-packed car park too, with everything from turbocharged Japanese retros, to Aussie Commodores and Falcons, to a range of hot rods on display. There was also a mint and very original Jaguar MkII, and a classic Mini Cooper.

The main theme of the show was V8s and street machines however, with plenty of American metal on show. There was a number of Chevrolet Corvettes, including an eye-catching metallic gold Stingray model, and quite a few Camaro show cars, in original style and fully kitted out guise. 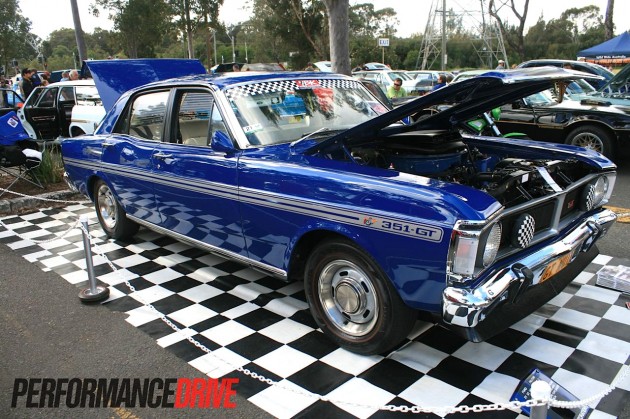 Some of the standouts included a stunning Ford XY Falcon GT, completely rebuilt and resprayed, with a mint bone interior. Powering the beast is a 351ci (5.8-litre) V8 engine, with mostly standard, albeit highly polished, external components.

Another highlight was a trio of modified Holden VL Group A SS SV ‘Walkinshaw’ show cars, including ‘FSN8TR’ in fairly original condition. It featured the original interior, bodykit, paint colour, and alloy wheels, however, the engine performance was obviously given a kick in the pants, evident by eight ‘trumpet’ intakes poking through the bonnet. It did have a manual transmission though, like the original. 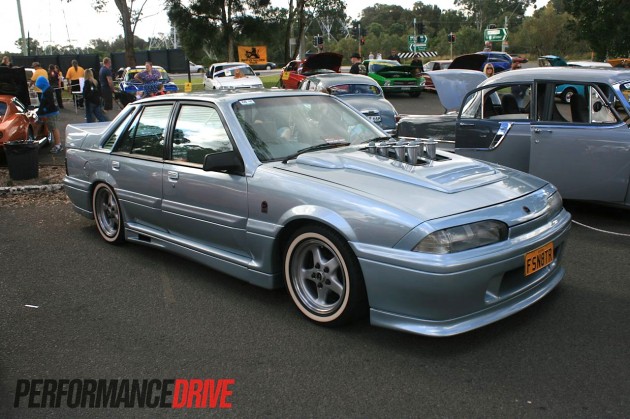 So who is Jackie Fellows you might be asking. She is an unfortunate sufferer of the disease. She’s also the daughter of the famous local car and bike show announcer, Pinky. Pinky was on hand at the Colyton Hotel hosting the event. He recently said,

“Jackie has only a few months of life left. Doctors have given four to six months. But lets help save another families sorrow by supporting this event.

“Jackie was one of my major supporters for the Aussie Carpark Showdown Series, and is part of the reason I am not running the series this year.”

Take a browse through the images below to see some of the cool cars that were on display.