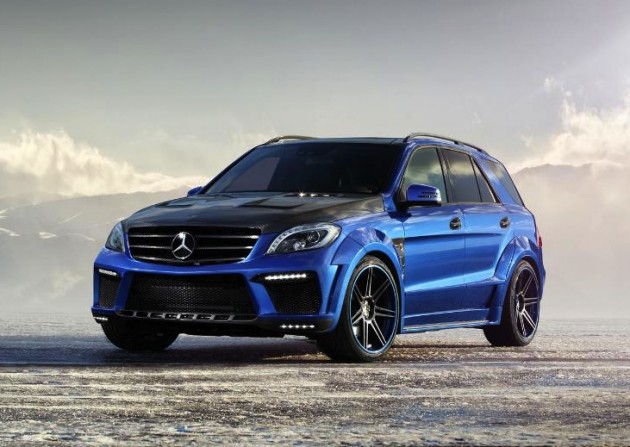 Sports utility vehicles, or SUVs as they are known, aren’t really the dedicated off-roaders they used to be. These days they can be made to handle like a sports car and go like a high-powered muscle car. As is the case with the Mercedes-Benz ML 63 AMG.

TopCar’s tuning package is able to boost engine performance from the factory 5.5-litre twin-turbo V8 to ridiculous levels, giving it the personality and credentials of an all-out supercar.

The Russian company offers three different stages of tune; the Phase I which takes power from 386kW to 477kW, the Phase II taking power to 514kW, to the almost god-like Phase III with 567kW (760hp). Torque is also through the roof for the Phase III, peaking at 1150Nm. 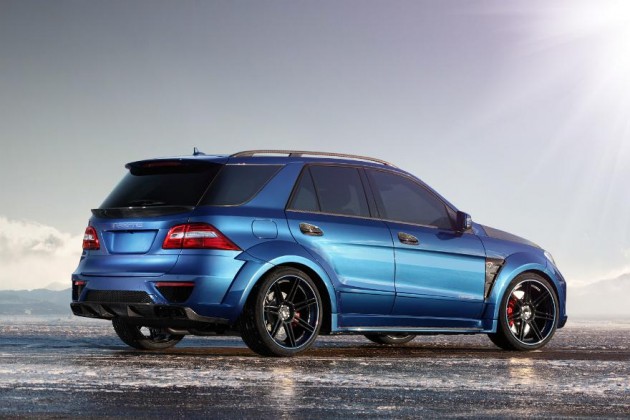 Performance acceleration figures haven’t been mentioned, however, taking into account the fact the normal AMG sprints from 0-100km/h in 4.7 seconds, the Phase III is likely to cover the dash in well under 4.0 seconds.

Helping the styling and stance of the ML match the mighty performance under the bonnet, TopCar has also developed a bespoke bodykit. It includes new front and rear bumper bars, spoilers, a chunky rear diffuser, and those hard-to-miss heavily pumped out wheel arches. The kit can be had in full carbon fibre.

There’s also LEDs in the front end, smoked taillights, and a set of huge black alloy wheels to give it a stealthy character. The interior is also restyled with wood and carbon fibre trimmings.

Prices for the tunes and bodykit are as follows: