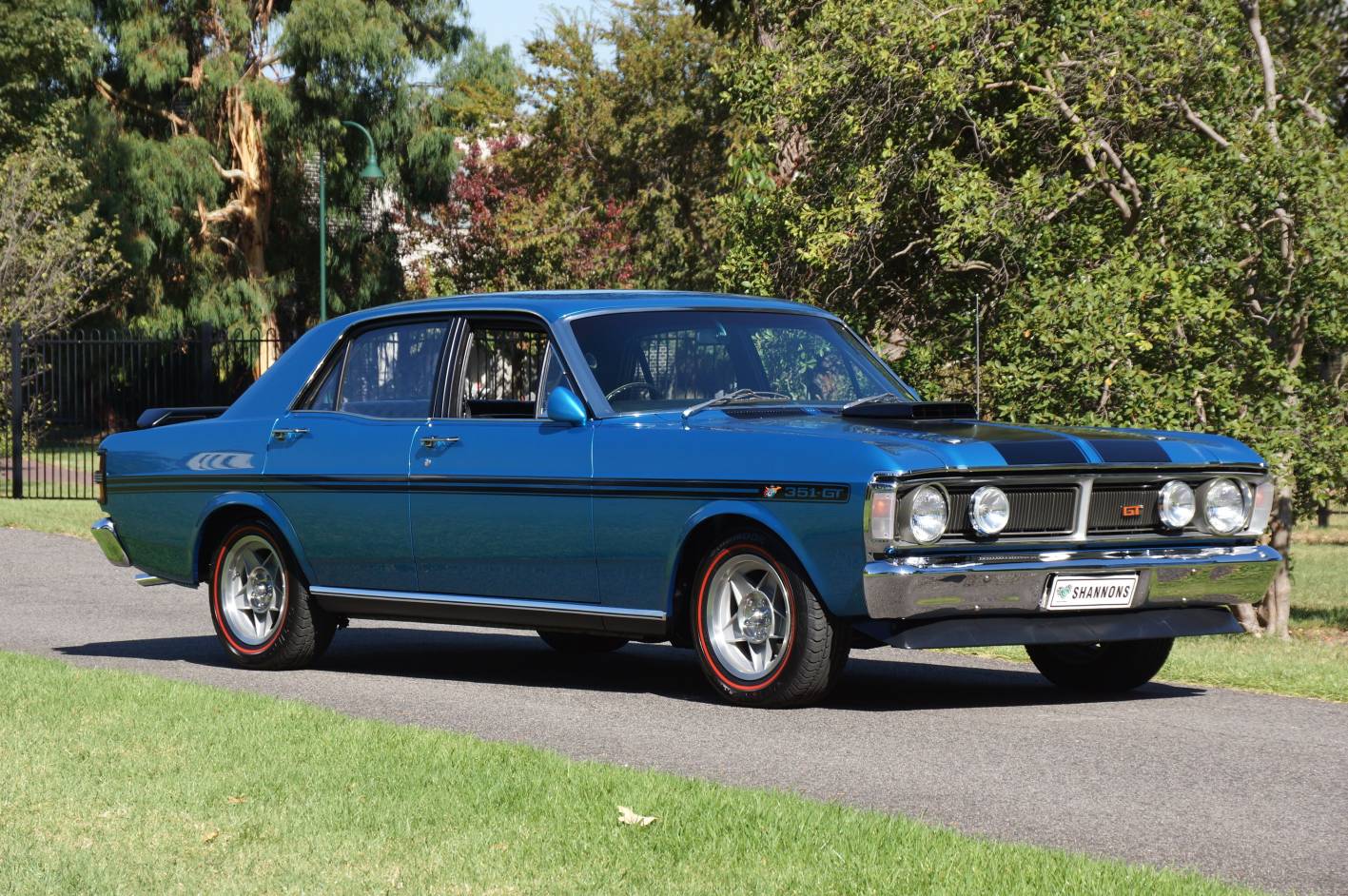 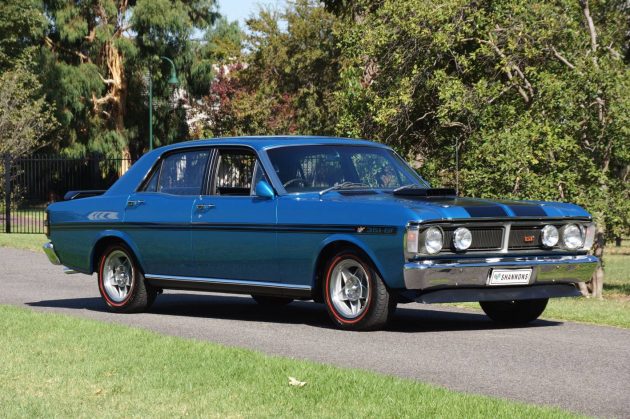 Maintained in original condition since being built in 1971, this Hoey was optioned with the short ratio 31-spline 3.5:1 final drive to maximise the 351 Cleveland V8 when coming out of corners, as opposed to the taller touring ratio.

The car was delivered at Murray Ford in Queensland and is believed to have had five owners since new – the latest of which has had it in his possession for 25 years.

This particular, blue example was used by Ford Performance Vehicles in various promotional photoshots for posters, advertising and desktops. It is expected to fetch $470,000-$500,000 at the auction. Historically, some GT-HOs have sold for as much as $750,000, with offers north of $900,000 being thrown around. To many, it is the very pinnacle of Australian collectability and auto legend status.

Speaking of racing greats, a screaming yellow LJ XU-1 Torana is expected to go under the hammer for around the $45-50k mark as well. Joining these Aussie beats include some fancy yank tanks from GM Muscle Cars. These include a 1987 C4 Corvette Callaway Bi-turbo ‘Targa’ coupe, a 1967 Buick Riviera GS in RHD plus a 1964 Ford Thunderbird in LHD, expected to garner up to $38k, $36k and $30k respectively.

The Shannons Autumn Auction will take place in Melbourne, next week on May 2. 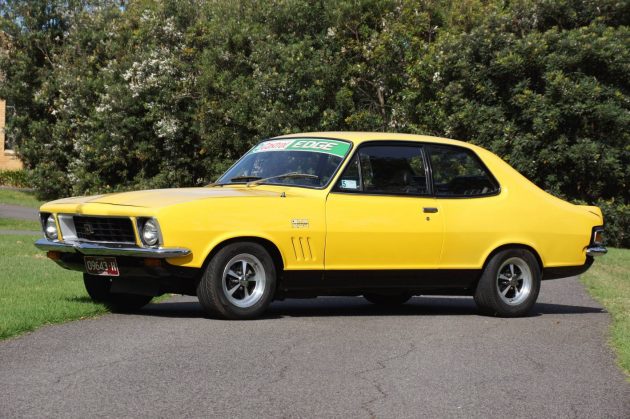