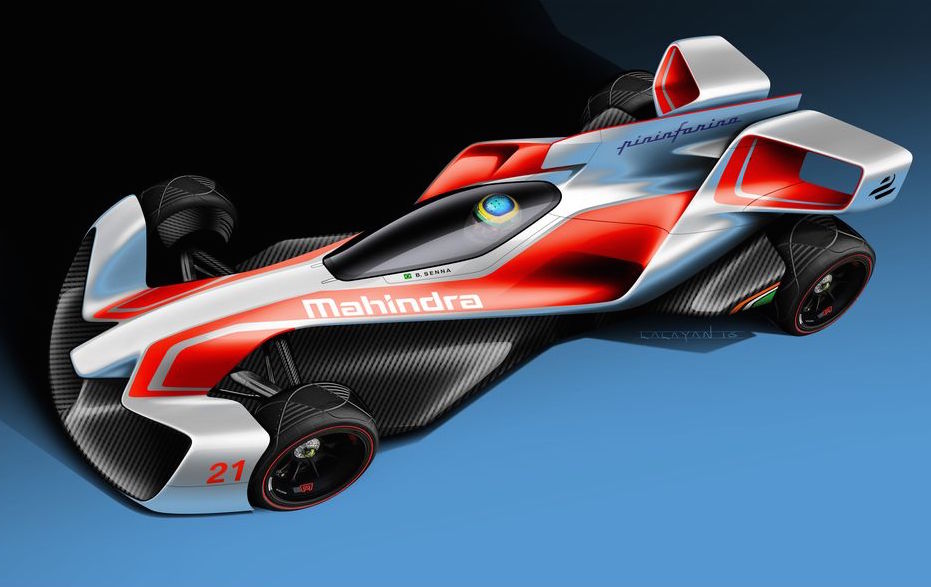 Indian car, tractor and heavy vehicle conglomerate Mahindra has unveiled three Formula E concepts in a bid to influence the style of the cars featured in the electric Formula E racing series. 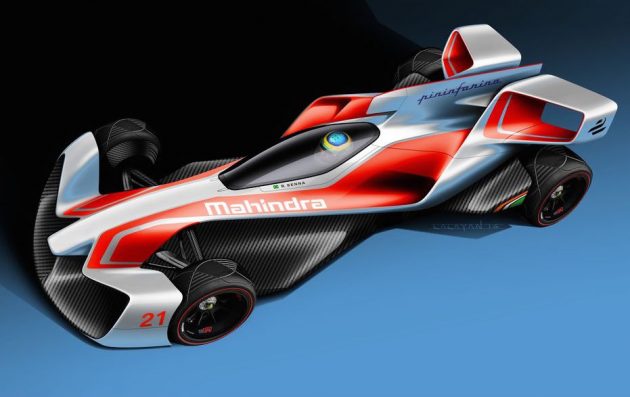 Late last year, Mahindra acquired the financially beleaguered Pininfarina – an historic Italian design and coachbuilding company that spent most of the 20th century designing bodies for Ferraris, Peugeots, and a few other manufacturers.

This is the first output since the acquisition, which could also see a smattering of production Mahindras dripping with Italian design flair in the not-too-distant future. 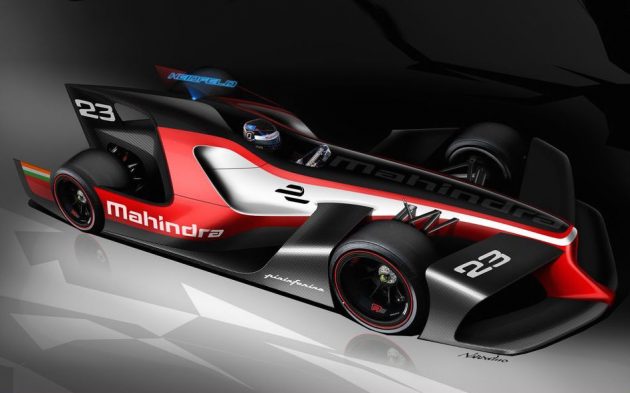 The concepts, A, B and C, were unveiled on social media in conjunction with the #ForumlaEConcepts hashtag. A and C feature a central spine and fighter-jet style shapes, while B is reminiscent of late 1970’s Formula One vehicles. In a recent report, Dilbagh Gill, the head of Mahindra’s racing team, said:

“We thought to start with we’d put out the milder versions,” he said. “We want to make it clear it’s still at a very early stage, to facilitate the discussion. We are really keen to have some futuristic and not something similar to what’s already out there,”- indicating that more outrageous designs and concepts could be on their way.”