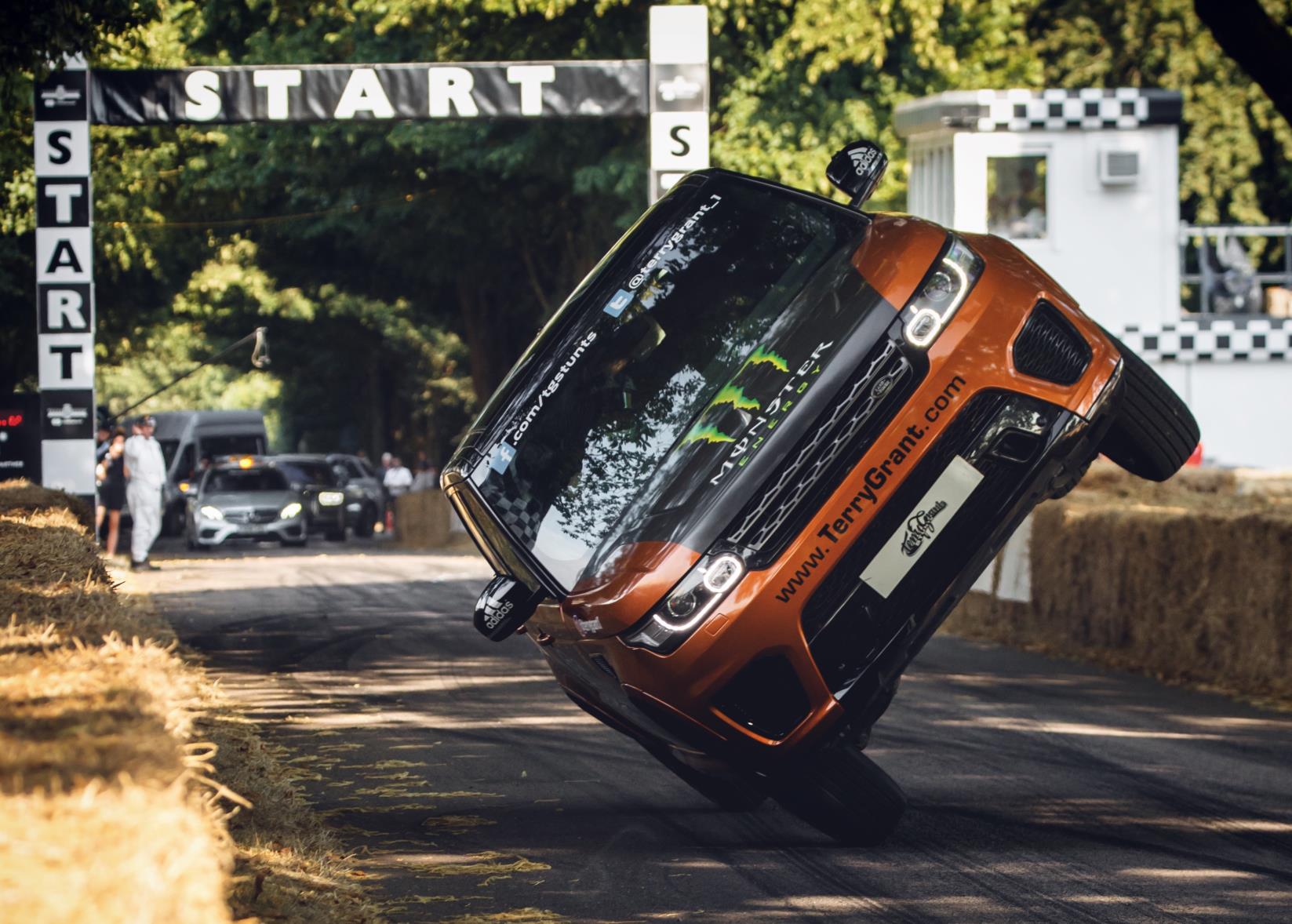 Land Rover has set a new Guinness World Record for the quickest mile in car on two wheels. The record was set at the Goodwood Festival of Speed over the weekend with a Ranger Rover Sport SVR. 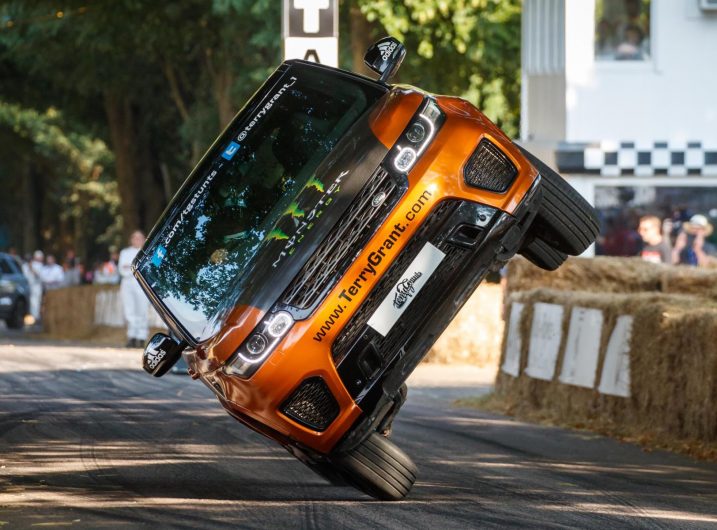 With stunt driver Terry Grant behind the wheel, the Range Rover sprinted nervously up the famous Goodwood hill climb in 2:24.5. It hit speeds of up to 60mph (97km/h) during the run, setting a new world record. The previous two-wheel record set in 2011 was smashed by over 30 seconds.

Terry Grant used a ramp to flip the SVR up onto two wheels at the start line, and drove all the way to the top of the hill. No major modifications to the Range Rover were made, aside from to the tyres which were pumped up to 90psi. Some tweaks were also made to the differential so the engine could send more power to the wheels that were on the ground. Speaking about the effort, Grant said:

“It really shouldn’t be underestimated how difficult a two-wheeled speed run like this is; you are always fighting to keep the car balanced right on the edge, as it tries to tip either one way or the other. You need to be conscious of everything, from the camber of the road to the strength of the wind. Thankfully, conditions were excellent and the Range Rover Sport SVR was the perfect precision tool for the job.” 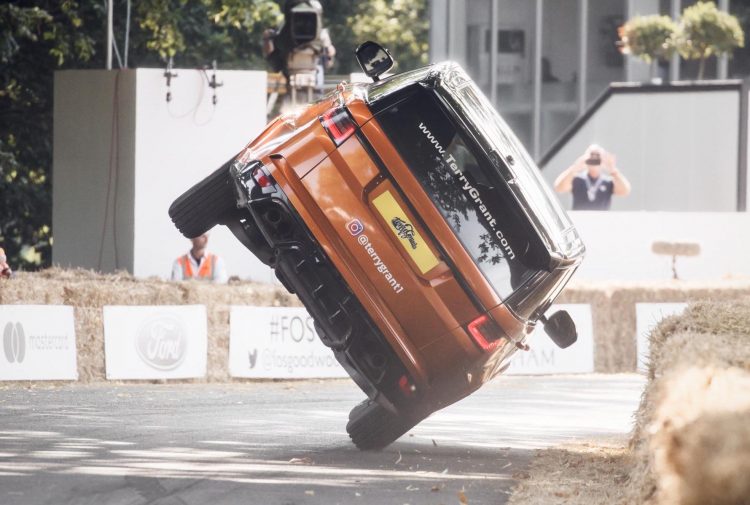 According to the Guinness World Records, this is the quickest mile a vehicle has ever ran on two wheels. Of course, the Range Rover Sport SVR certainly helped, with its 5.0-litre supercharged V8 that belts out 423kW in the latest tune. It needs only 4.5 seconds to cover 0-100km/h, Range Rover claims.

Goodwood has posted up a video of the record run onto its YouTube channel. You can check it out below.