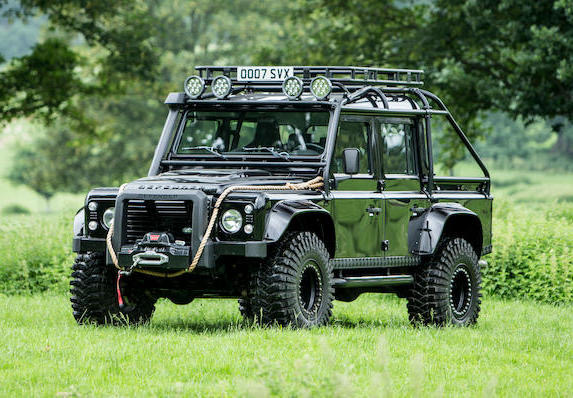 James Bond fans and Land Rover enthusiasts alike will be excited to hear one of the special Land Rover Defender SVXs used in the 007 film Spectre is up for sale. 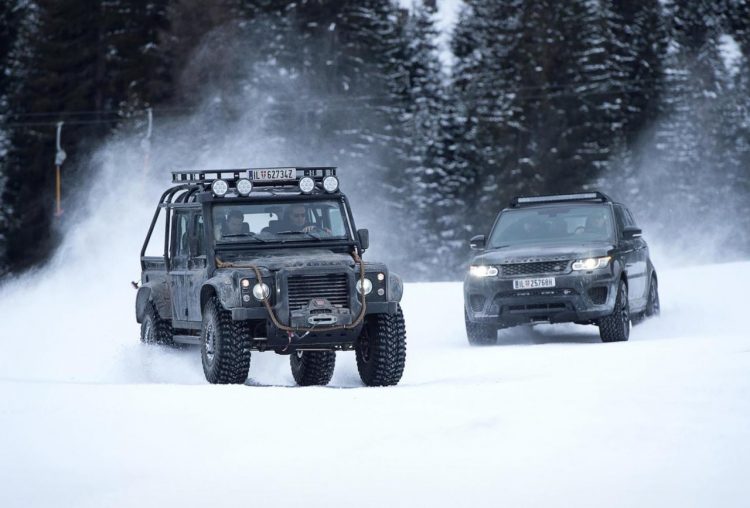 Based on the Defender 110 Crew Cab, the vehicle underwent a complete overhaul by Jaguar Land Rover’s Special Vehicle Operations department, with help from Land Rover specialist, Bowler. It’s just one of only 10 examples that were made, and this was the one used in the film for some of the stunts that appear on screen.

Power doesn’t come from a stonking V8, as you might have expected. Instead, the standard 89kW turbo-diesel unit has been modified so it now produces around 138kW. Despite a relatively small number, it’s the rest of the off-roader that gets the most attention. 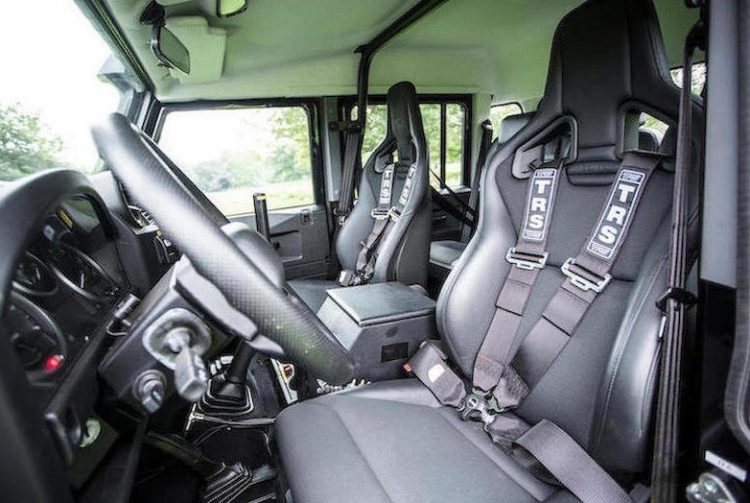 Land Rover adopted Bowler’s motorsport-proven racing suspension setup, incorporating rose joints and Bilstein dampers, and a lift kit for more ground clearance, while chunky 37-inch tyres were added to ensure maximum grip on any surface. There’s also a winch setup on the front, cargo basket on the roof and some spot lights, and a hydraulic handbrake for the stunts.

Inside, the front passengers are treated to some bucket seats with harnesses, and the driver can use the massive hydraulic handbrake lever to neatly parallel park. There’s also an integrated roll cage to keep everyone safe inside.

The SUV was used in the chase scenes on the snow in the Austrian Alps, where villains were trying to escape Bond’s efforts to recapture former rival Mr White’s daughter, Dr Madeline Swann, from Spectre’s forces.

Interested punters can head over to the Bonhams website for more details. It goes up for auction on July 13, during the Goodwood Festival of Speed sale event.