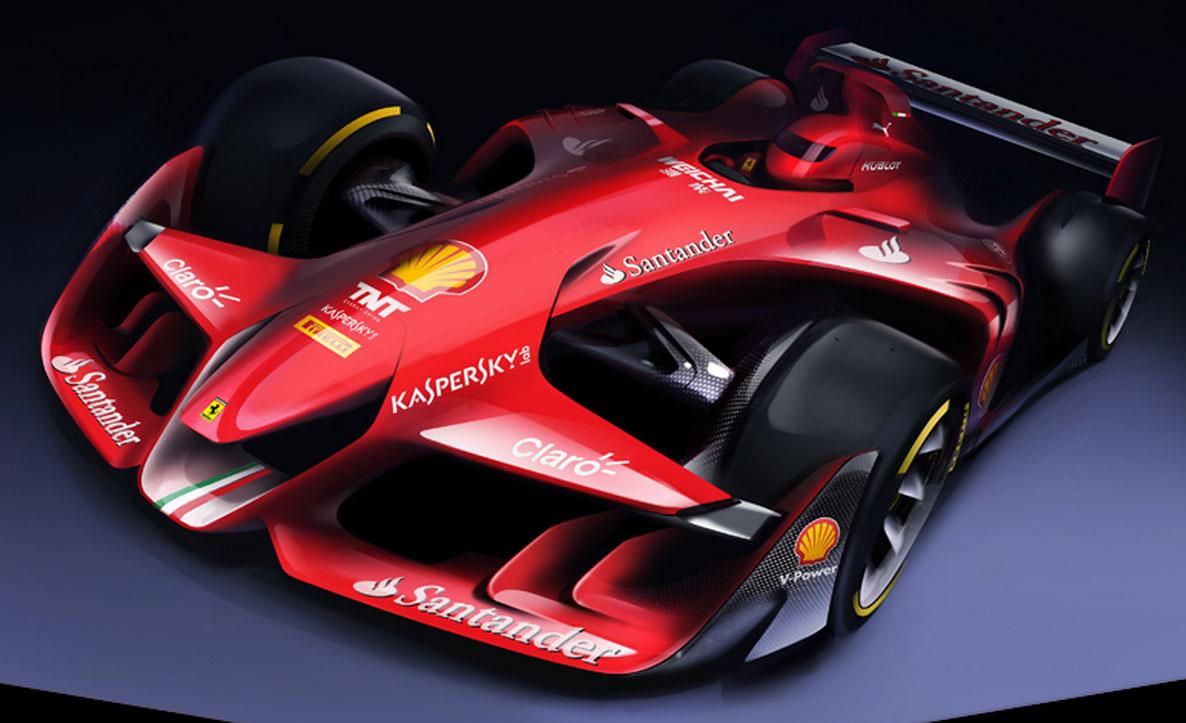 To help you get through the hump-day blues we present you with two images that bring out the eight-year-old kid in all of us; a Ferrari F1 car of the future. 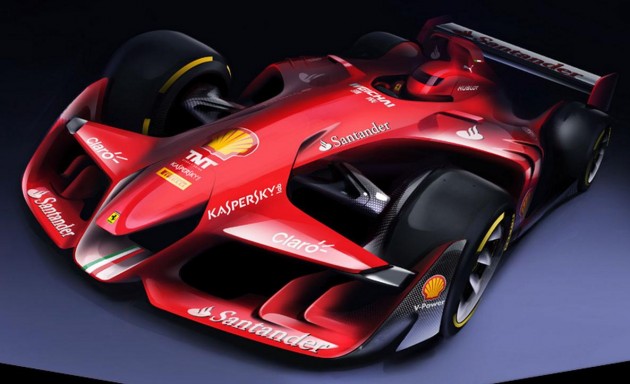 Renders released by Ferrari this morning depict what a future Formula 1 car could will look like, well, at least in the eyes of Ferrari’s F1 aero department.

It was designed by Ferrari to show other F1 teams and officials what future cars could and should look like if the sport is to continue to gain supporters, despite the drastic moves in technology and rule changes.

The front of the car features a double-wing design, while the driver’s helmet seems to melt into the bodywork of the car, for even more aerodynamic efficiency. The side profile takes an even more compact approach, meeting a newly designed rear wing.

Formula 1 officials are today gathering for the F1 Commission, which will discuss the rules and regulations of the future seasons, and it is rumored teams will push for a design overhaul to make the cars look even more striking to gain more popularity for the sport. What do you think of Ferrari’s attempt?