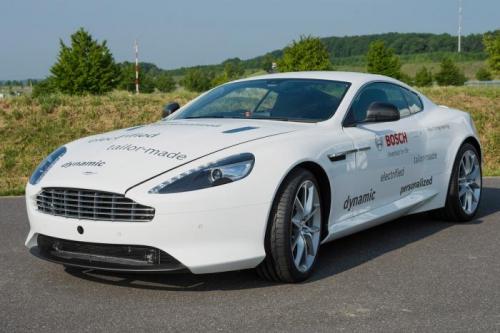 Proving super GT cars needn’t be petrol-guzzlers, the prototype can be driven in full electric mode for a range of around 25km. In this mode, it’s essentially a front-wheel drive DB9 with torque-vectoring capabilities.

Not only does this drastically improve economy for the V12 machine, it also improves performance. The electric motors, powered by a 180kW lithium-ion battery, contribute to an overall output of 552kW. Under full acceleration, 0-100km/h is expected to come up in just 3.7 seconds. 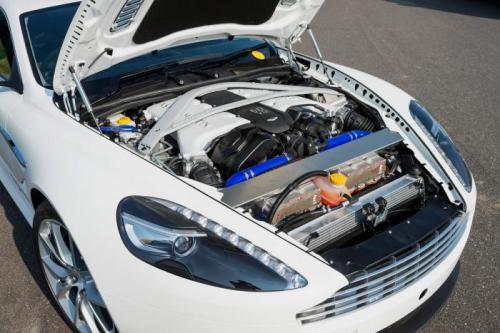 The all-wheel drive system is said to enhance cornering performance as well, with the front wheels pulling the grand tourer through and out of corners thanks to the torque vectoring.

Inside, some revisions are made to the dash, with a new multimedia interface, a new TFT instrument cluster with readouts for the electric motor system, and a new four-stage stability control program.

It has taken Bosch Engineering around one year to complete the project, which adds around 300kg to the DB9’s weight.

Although the project isn’t set for production, Bosch is demonstrating its ability to cater for the sports car segments. The complete system has been designed as a modular unit too, so it can be implemented and developed for any vehicle.