A super-rare piece of Formula One memorabilia will go up for auction in May; Ayrton Senna’s Toleman TG-183B Formula One steering wheel, also known as his first ever F1 wheel. 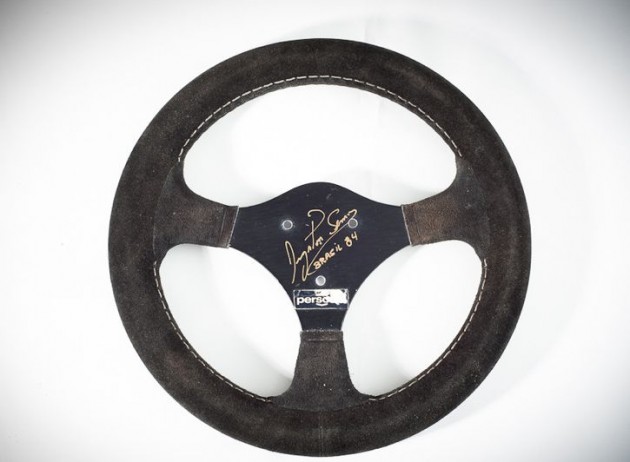 As far as highly sort-after F1 artifacts go, this would have to be up there as one of the prize possessions we’d all love to have on display at home. Senna first steered the wheel in the Brazilian F1 GP in 1984, at his first-ever F1 Grand Prix race.

According to the auction details, the steering wheel has been owned and well-kept for over 15 years. To add to the priceless nature of the wheel, it has also been signed and dated by Senna on the front.

Silverstone Auctions will be selling off the item during the Spring Sale collection event on May 16. It’s expected to fetch between $18,000 and $25,000. We’re sure there’s going to be someone out there only too happy to fork out for this one.

Head over to Silverstone Auctions for more details on this, and plenty of other interesting and sort-after items that will go under the hammer.