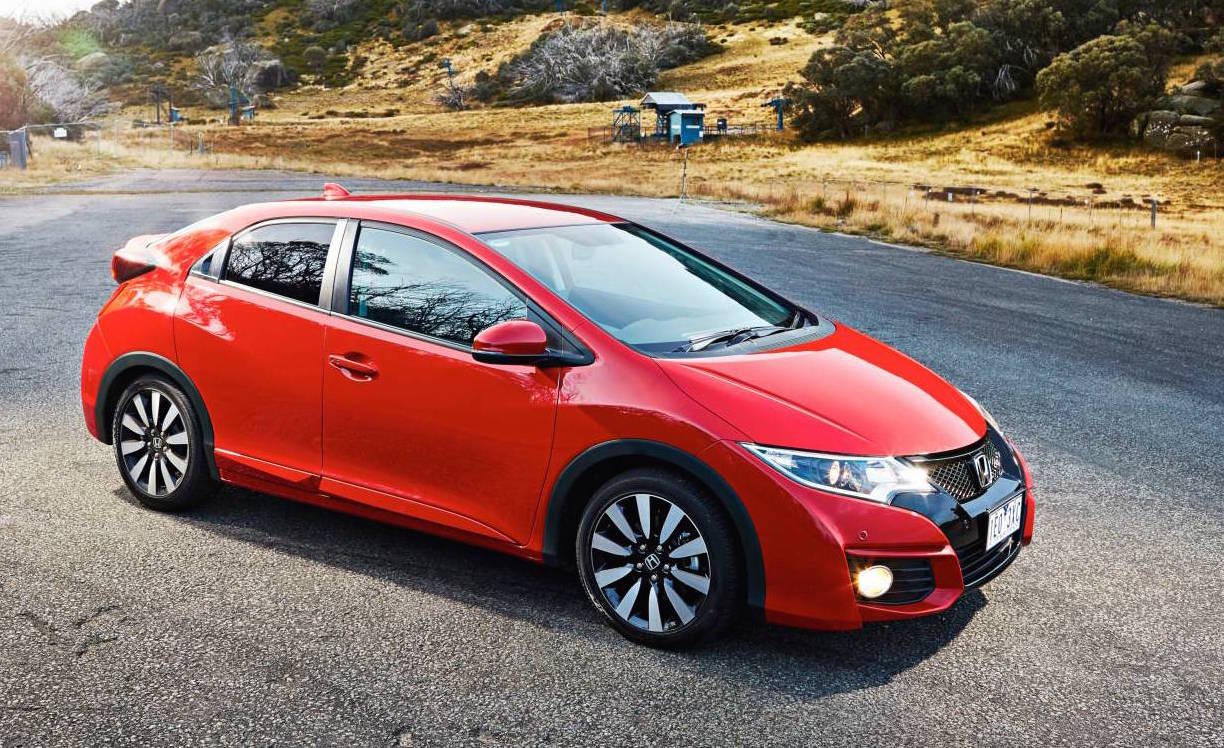 Updates have been announced for the local 2015 Honda Civic hatch range, bringing a slightly facelifted design to the sporty Japanese hatch and new safety technology. 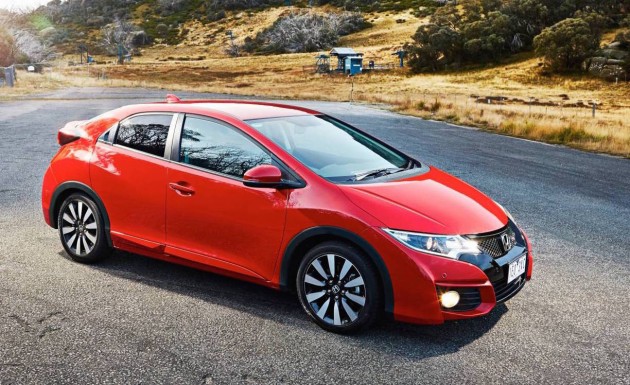 Honda is introducing its new Agile Handling Assist System (AHAS) to the Civic. It works with the stability control system and helps guide the car around corners during swift driving, with independent wheel braking for better performance and stability. The system is now standard across the board.

As for the design changes, there’s revised front and rear bumper bars, a new front grille, and a new spoiler at the back. Guided–tube daytime running lights are also standard, along with guided-tube taillights.

Last but not least, the interior has been upgraded with a new display audio system. It packs Bluetooth connectivity, audio streaming, mirroring functions, and a display for the rear-view camera all in one. The VTi-LN version also gets sat-nav embedded in.

Other equipment changes include front and rear parking sensors for the VTi-L and VTi-LN models, a sporty seat fabric for the VTi-S and VTi-L, and new stitching and chrome accents for the door trims. Honda Australia director Stephen Collins recently said,

“The Civic nameplate has such a long history around the world. It has been an Australian favourite for over forty years. This year, it receives enhanced styling and more specification, ensuring it will remain a favourite.”

So far this year the local arm has sold 1229 examples of the Civic. The figure is down by an alarming 48.5 per cent on sales during the same period last year. However, sales in the segment overall have dropped 7.1 per cent on last year’s effort. The Civic sits as the 11th most popular model, chasing well behind the likes of the Toyota Corolla (11,672) and Mazda3 (11,059).

Prices for the new Civic are as follows (excluding on-road costs). It’s available through dealers now.