Australian Mark Webber has become the second driver in 2012 to win two races in F1 after taking victory at the 2012 British Formula One Grand Prix at Silverstone. 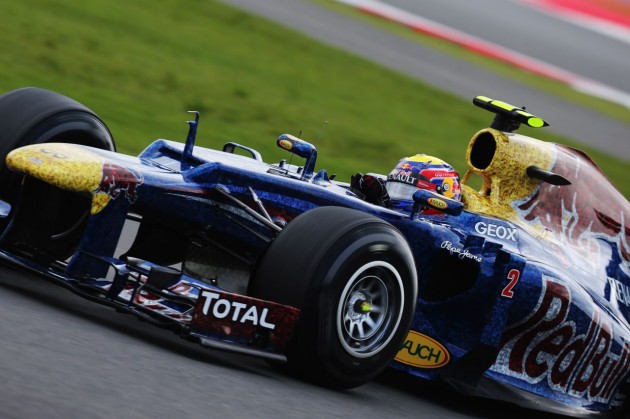 Webber beat home the only other dual-winner, Ferrari’s Fernando Alonso, after the Spaniard led from pole and for the first 48 of the 52 laps.

The Red Bull Racing driver started on the front row alongside Alonso and the pair started on different tyres. Webber on softs, Alonso on hard. The latter left until his last stint to use the option rubber and as they started to wear on the high-speed English circuit, Webbed reeled him in and made a brilliant pass around the outside of the Ferrari.

Joining them on the podium was Webber’s teammate Sebastian Vettel who pitted early to avoid traffic and almost mimicked the Aussie’s lap times throughout the race.

Alonso’s teammate Felipe Massa had a good turn of form to finish fourth while Renault driver Kimi Raikkonen finished fifth ahead of his teammate Romain Grosjean.

Mid-way through the race, Sauber driver Kamui Kobayashi injured members of his pit crew after losing control coming into his pit bay.