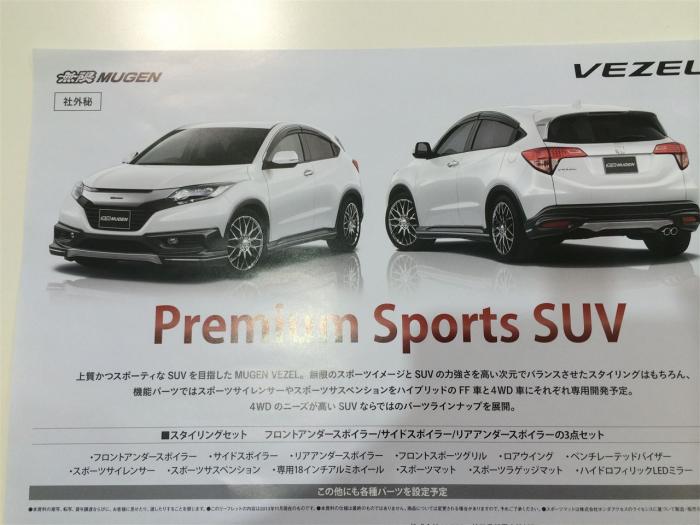 Honda is planning to introduce a new small SUV next year called the Honda Vezel, based on the Jazz. It looks like there are plans for a sporty Mugen version to hit the scene at some stage too. 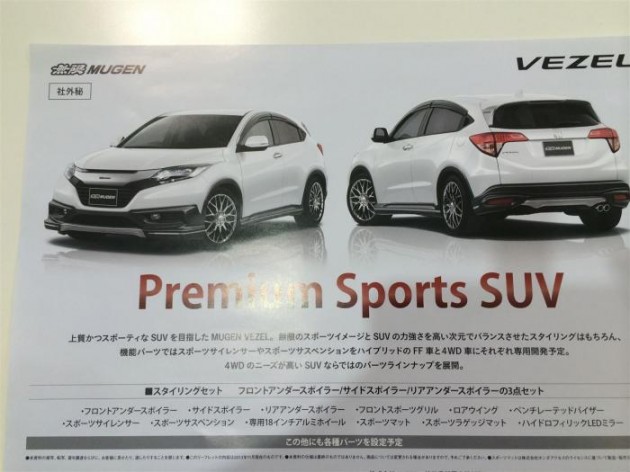 A brochure scan has hit the web showcasing a rather angry-looking Mugen Vezel, with various body enhancements and bespoke alloy wheels to give it a more aggressive look.

At the front there’s a much chunkier dark grey bumper bar with a lower spoiler system and side intakes. The theme is carried along the sides with some dark grey skirts, while around the back is a similarly chunky dark grey diffuser section.

It’s unknown if there are any modifications made under the bonnet. The regular Vezel will borrow the Jazz’s 1.5-litre petrol engine with around 87kW. It will be available in front-wheel drive and four-wheel drive forms. According to the brochure scan Mugen is tweaking the 4WD model only.

The Mugen Vezel is likely to go on sale in Japan only. As for the standard Vezel, Honda Australia will be introducing the new model locally later in 2014. It will compete with the likes of the Ford EcoSport, Holden Trax, and Nissan Juke.