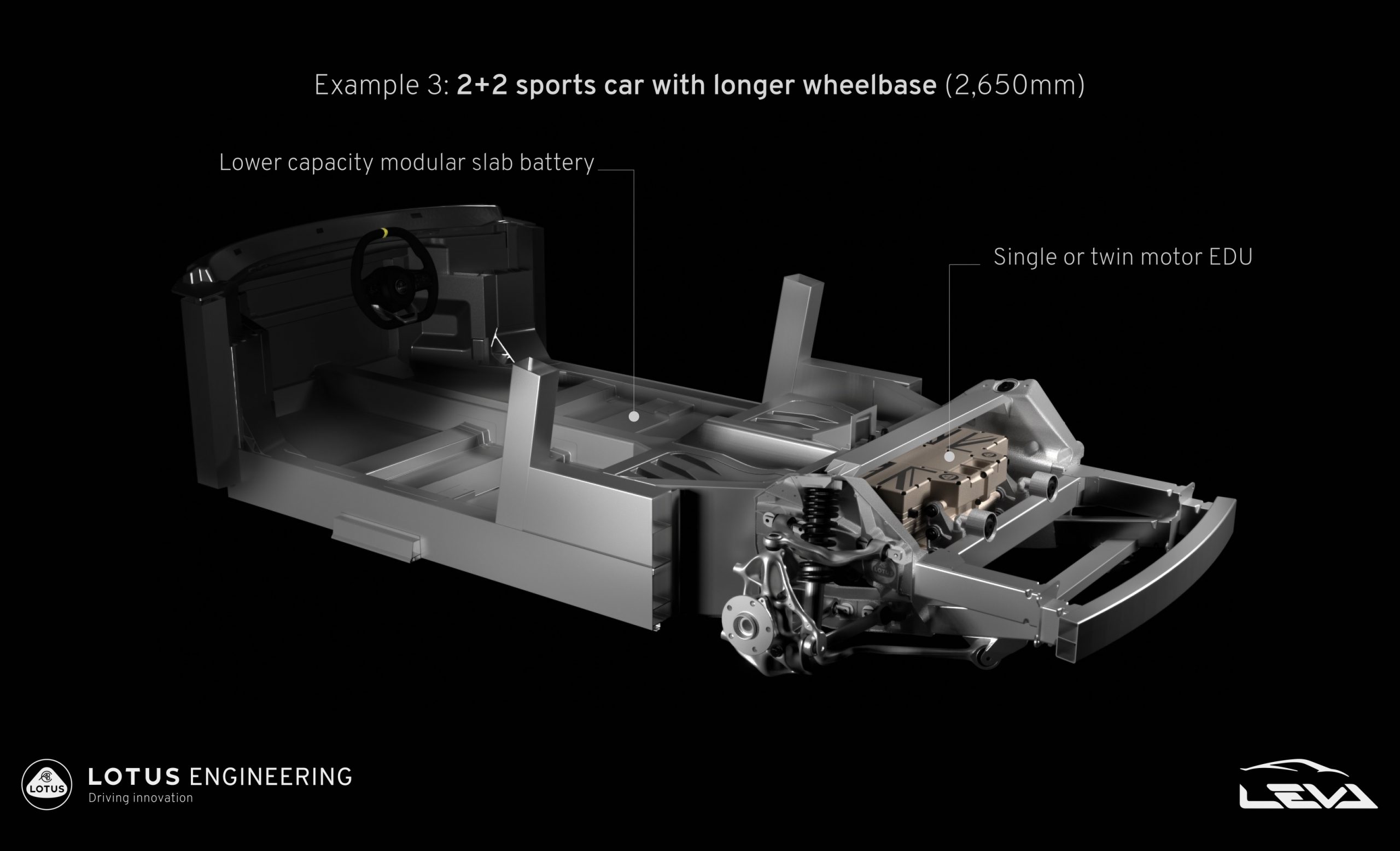 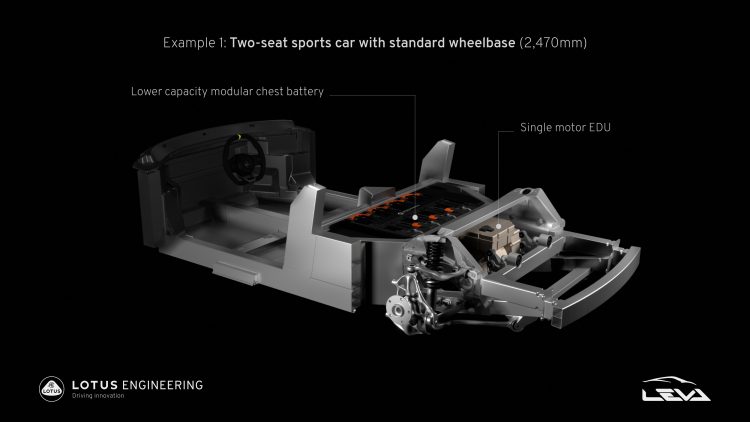 LEVA takes its name from the Lightweight Electric Vehicle Architecture platforms that were first announced by Lotus back in October, 2020, when the company announced its intention to create an all-new platform for electric-powered sports cars.

Lotus says that this project has culminated in a new platform that is 37 per cent lighter than the equivalent Emira V6, offering a “chest” layout that allows modules to be stacked vertically behind a two-seat cabin, or “slab” layout horizontally under the cabin. This flexible approach allows Lotus to get creative.

The company says this also allows single or twin electric motors to be installed, with a new cylindrical battery cell design for higher energy density. 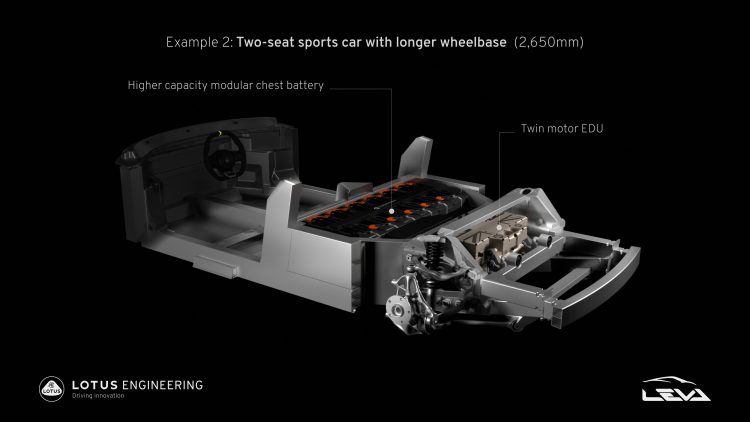 The blueprints also give us a good idea of what we can expect to see in terms of battery capacity, as well as power output from Lotus’s electric motors. Lotus looks set to offer its electric-powered sports cars with either a 66.4kWh or a 99.6kWh battery pack, paired with a single 350kW electric motor or a twin configuration pushing out 650kW.

Lotus says that its flexible, modular approach means the LEVA platform can be used in a wide variety of electric vehicles in the future, either in-house at Lotus or for third-party clients through Lotus Engineering. 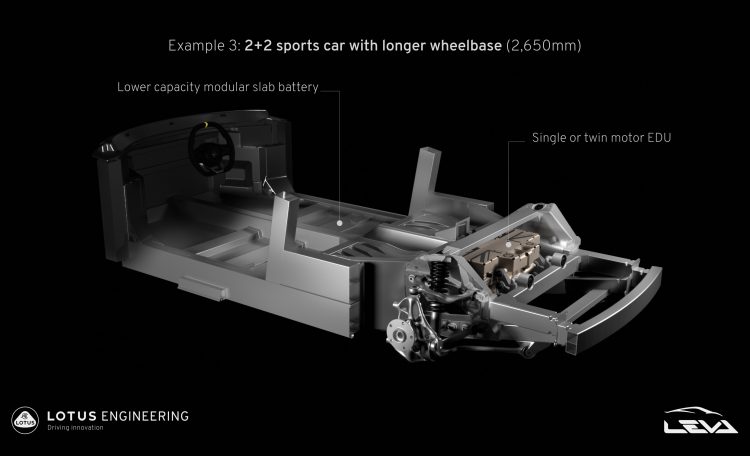 The company says that its highly-anticipated electric sports car will debut in 2026, riding on the all-new platform and utilising the battery packs and electric motors outlined in the blueprints. Richard Rackham, head of vehicle concepts at Lotus, said:

“Project LEVA is as revolutionary as the Elise architecture was in 1996… In true Lotus spirit, significant weight savings have been achieved throughout, with a focus on ultimate performance, efficiency and safety being engineered into the structure from the outset.”

See below for the key specs: