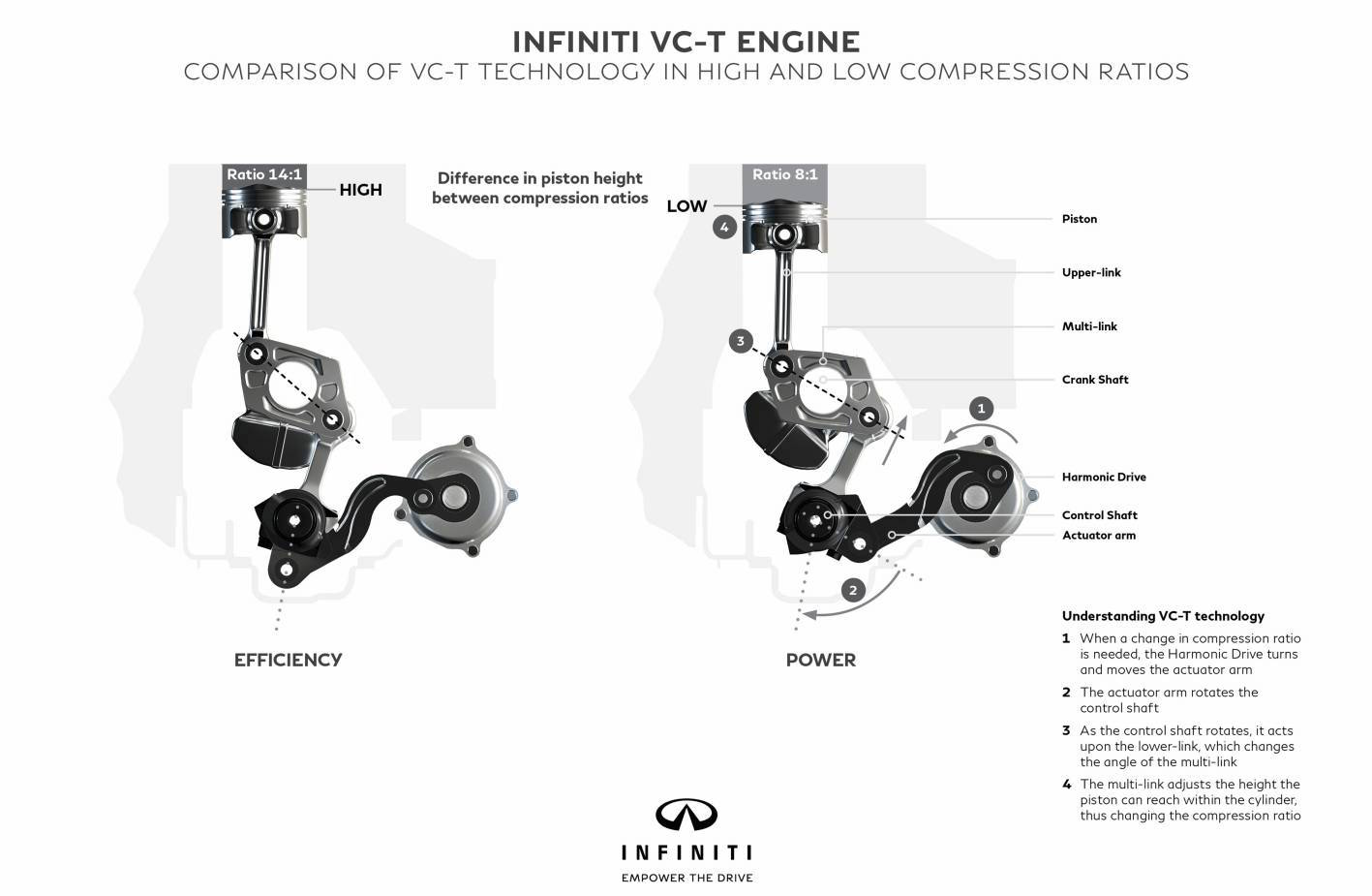 Many have tried but never cracked it; the mass-market variable compression ratio engine. Nissan’s luxury arm Infiniti will be the first carmaker to introduce this technology. 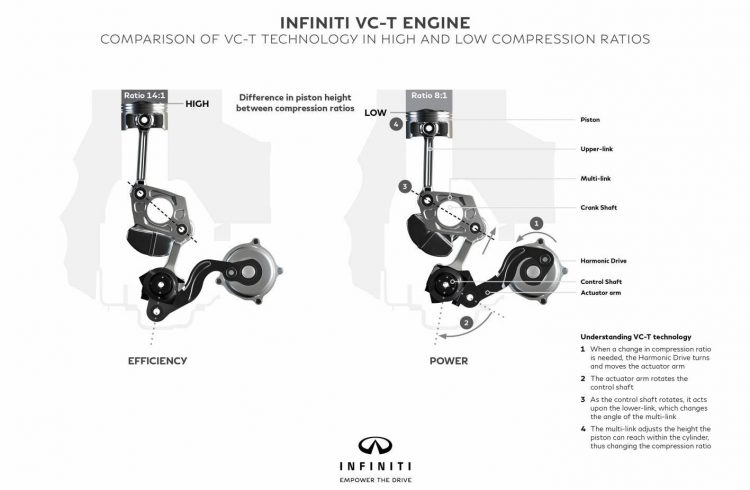 The engine, called VC-T, is a 2.0-litre turbocharged four-cylinder engine. What sets it apart is a Harmonic Drive unit attached to the crankshaft which alters the stroke of the piston and where top dead centre (TDC) occurs. As a result, the compression ratio is varied from a super low 8:1 to a stratospheric 14:1.

Infiniti says the result is “diesel economy and V6 power and smoothness”. Economy improvements of 27 percent are promised, while this 2.0-litre version produces 201kW of power and 390Nm of torque – not bad for a 2.0-litre.

The engine will effectively replace the VQ-series of V6 engines, except for the 3.0-litre twin turbo unit debuting in the new Q60. It will be rolled out starting in 2018, with the QX50 and potentially in the QX30, giving Infiniti a crucial point of difference against German and Japanese luxury rivals.

Other carmarkers which have tried variable compression include Saab in 2000, but its approach was tilting the angle of the cylinder head relative to the block, instead of the crank-based mechanism adopted by Infiniti.

Further details will be revealed at the 2016 Paris Motor Show, starting September 29. 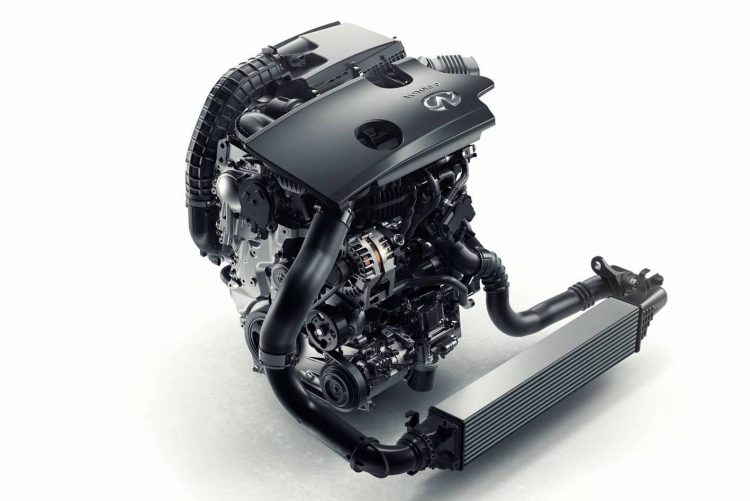