In a fight to cut down emissions and fuel consumption, Volkswagen has announced it is working on new 10-speed DSG auto transmission and a new high-output turbo-diesel engine family. The company also has its sights set on plug-in hybrid, full electric and natural gas technologies. 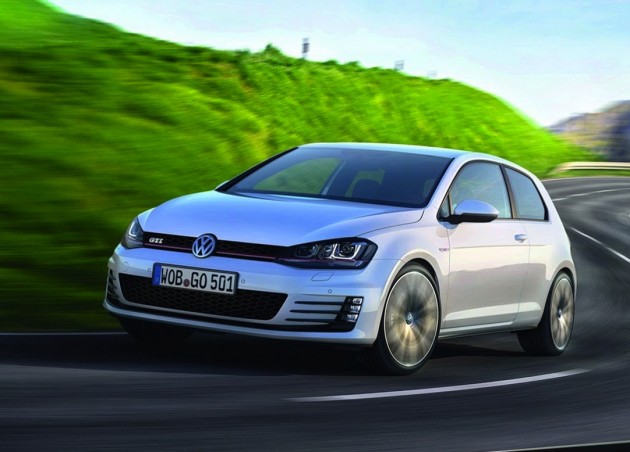 Speaking at the Vienna Motor Symposium, Volkswagen Chairman Prof. Dr. Martin Winterkorn announced a new focus for the company; to increase efficiency by 15 per cent by 2020. Winterkorn said,

“Since the year 2000, we’ve reduced the fuel consumption of our TDI and TSI engines by more than 30 per cent. I’m convinced that by 2020 we can achieve further increases in efficiency of around 15 per cent.”

Some of the methods that Volkswagen will use to achieve this goal will be through all-new powertrains, including developing alternative drive systems such as plug-in hybrids and natural gas-powered engines. Winterkorn said,

“The gas engine is environmentally friendly, economical and suitable for everyday use. The technology is fully developed and the vehicles are already on the market.”

As for the new automatic transmission, how many gears is too many? It seems there is no limit. Volkswagen is currently developing a 10-speed version of its DSG family of dual-clutch transmissions. The new technology is set to help further reduce emissions and fuel consumption by spreading out engine and drivetrain torque to suit more specific conditions and demands.

Just as exciting, a new high-output turbo-diesel engine family is also under development as part of the plans. The engines will offer a very impressive 100kW per one litre of engine capacity. This kind of specific output is currently only seen on very high performance vehicles – see our Top 20 most powerful cars – per litre – on sale in Australia feature for a guide.

While all of these technologies aren’t ready for the showroom just yet, many of them are expected to arrive in the next few years. We can’t wait for the new TDI engine, hopefully it’ll be available in 2.0-litre form (200kW).