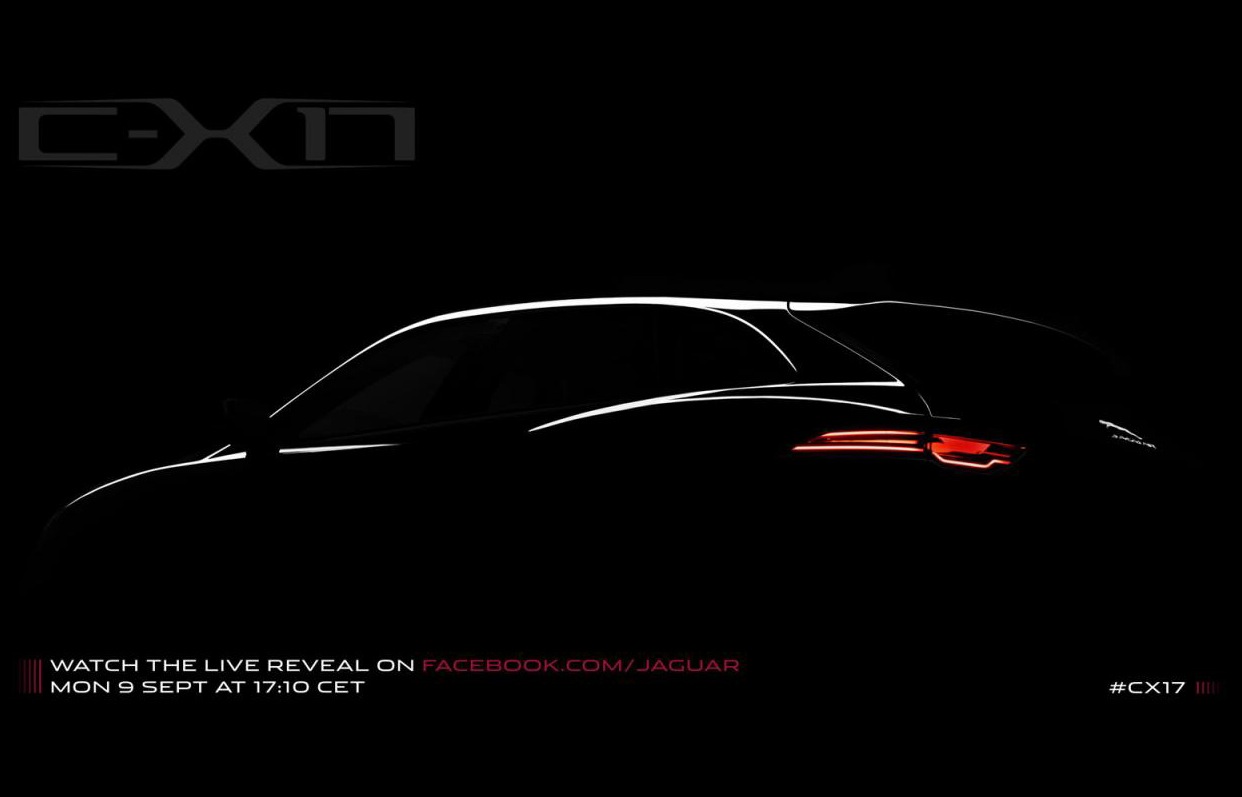 Jaguar has released a teaser image of a new C-X17 concept vehicle it plans to unveil at the Frankfurt Motor Show next month. The concept is believed to be a preview of the company’s upcoming SUV. 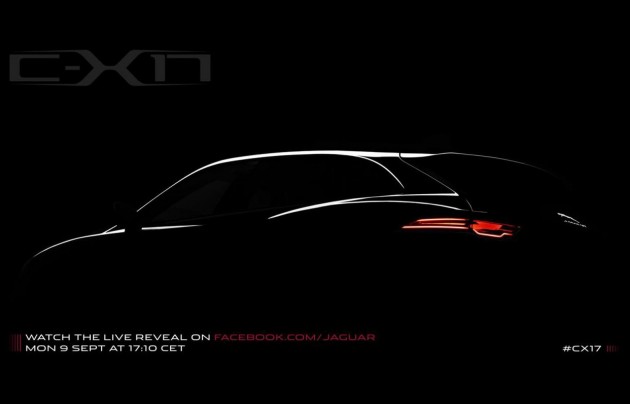 Jaguar has been spotted testing at least one prototype featuring jumped up SUV-like underpinnings. It’s no secret the company is looking to expand its range, recently introducing its new entry-level sports car; the F-Type.

Very little details accompany the teaser image, other than revealing the silhouette of a distinct SUV hatch with curvy panel contours and hips and taillights that appear to be inspired by those found on the F-Type. Jaguar says,

“The C-X17 has been created as a design study to introduce Jaguar’s new, highly-advanced, modular aluminium architecture.”

It’s understood the platform will also be used to underpin a new entry-level sedan which will rival the likes of the Audi A4, BMW 3 Series, and Mercedes-Benz C-Class, as well as a new SUV/crossover for mild off-road use.

As mentioned in the image, all will be revealed on the eve of the Frankfurt show, on September 9 at 5:10pm (Central European Time). If the F-Type is anything to go by, this concept will be a rather sexy creation. Stay tuned.