If you love old-school JDM-tuning like we do, then you’ll love this full carbon 1974 Nissan Fairlady Z. It comes with a naturally aspirated RB30DE engine matched to an RB26DETT GT-R head. 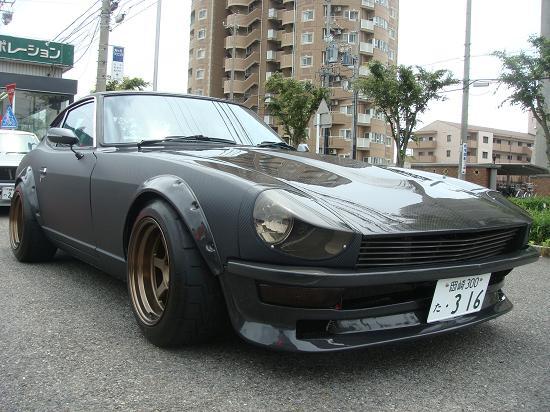 The 3.0-litre straight-six engine uses three Solex carburetors and a special Solex 6-into-1 equal-length exhaust manifold. Just looking under the bonnet will certainly get any enthusiast salivating all over the place.

Unfortunately, it’s up for sale in Japan. Translated from the ad as best as Google can, the carbon Fairlady Z features extensive chassis reinforcement for optimum rigidity, including differential mount, engine mount, and suspension tower reinforcements.

The carbon Nissan Fairlady Z also sits on perfect and awesomely fat bronze forged-style wheels with tyres traditionally stretched in the rim. These are suspended via a comprehensive suspension system, using a completely readjusted geometry.

This has to be one of the most thorough Nissan Fairlady Z carbon car tunes we’ve ever come across. It’s currently up for sale via Rocky Auto in Japan, with a price tag of “1,354.5 ten thousand yen”.

Imagine how quick this thing would sell if it were here in Australia. You can find the translated Rocky Auto ad here.