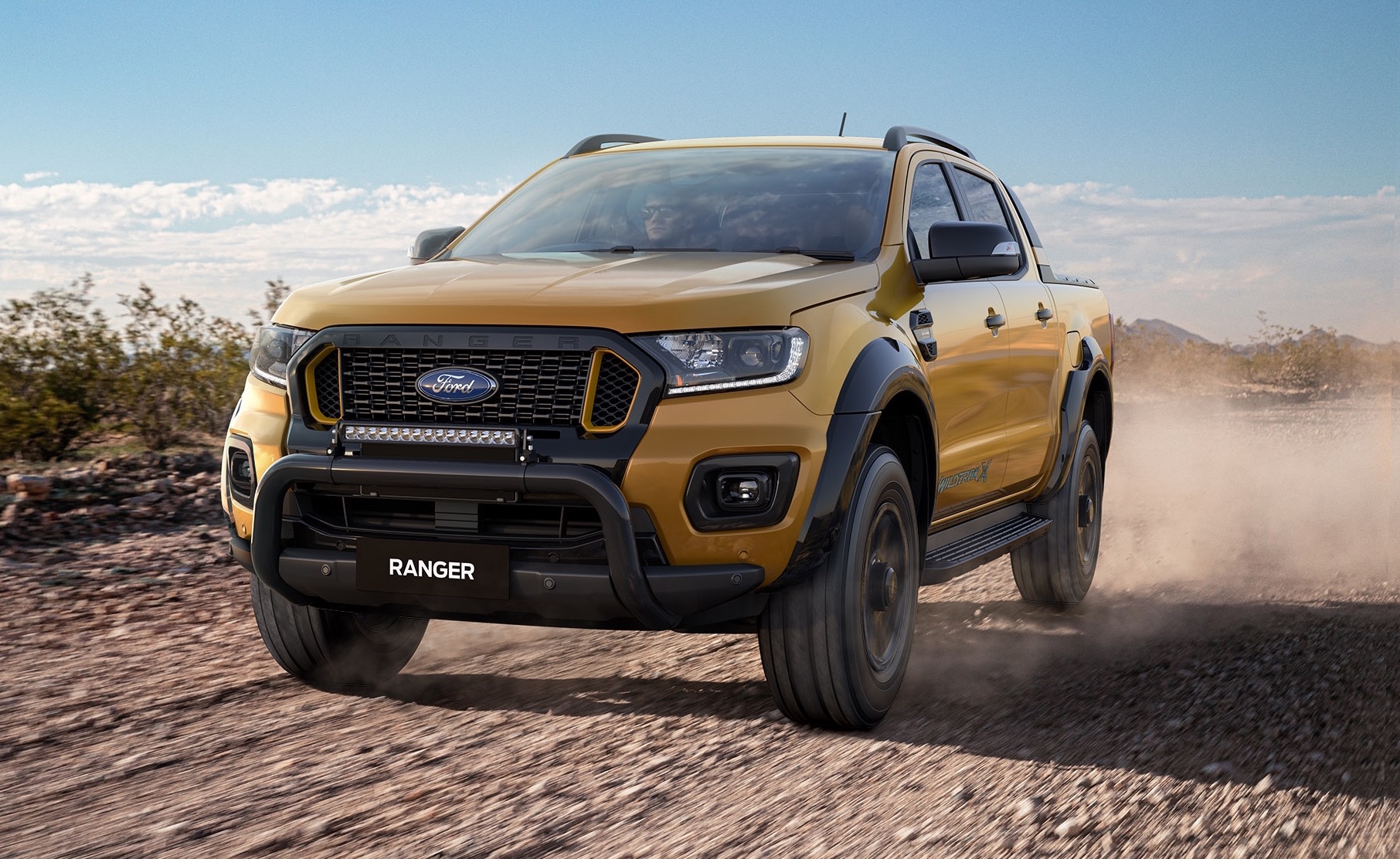 Hot on the heels of strong sales, the 2021 Ford Ranger Wildtrak X dusts off a successful nameplate with some added toughness. This model bridges the gap between the cooking Wildtrak and the flagship Ranger Raptor. 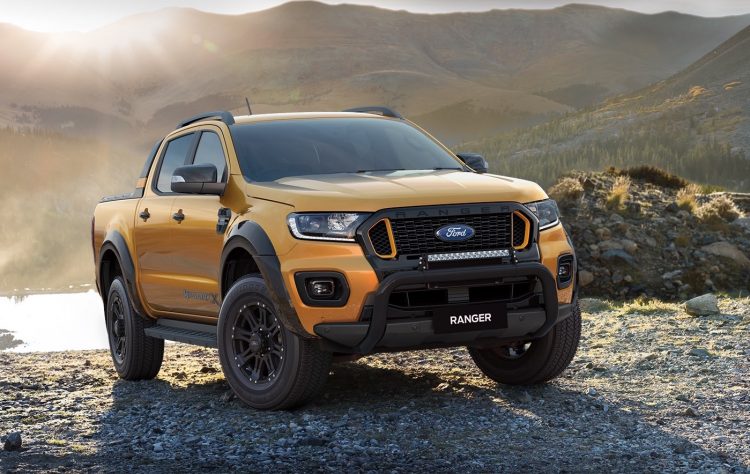 Brought back as part of the MY2021.25 upgrade, the Wildtrak X can be distinguished by its Lumen 20.5-inch LED light bar at the front, charcoal-coloured 18-inch alloys, a unique front grille, sail plane and nudge bar. The roof rails, bash plate, foglight bezels, mirror caps and wheel arch flares are finished in Ebony Black.

Inside, unique leather seat material and Sabre orange accents set it apart from the standard Wildtrak, as well as orange stitching on the gear lever, steering wheel and handbrake shroud. Illuminated scuff plates add a sense of occasion. 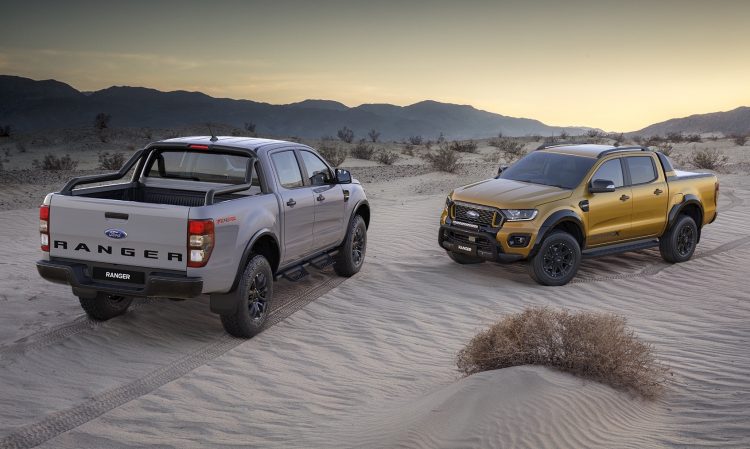 In the engine room, the familiar 3.2-litre turbo-diesel five-cylinder engine propels the car along with 147kW at 3000rpm and 470Nm between 1750-2500rpm, matched to a six-speed auto. Alternatively, the acclaimed 2.0-litre BiTurbo diesel with 157kW/500Nm and a ten-speed auto is also available. Ford’s Australia and New Zealand president and CEO, Andrew Birkic, declared:

“Since we first launched the Ranger Wildtrak X in late 2019, it has proven popular with customers because it built on those core thoroughbred Ranger qualities, while offering more personalisation for family weekends away. With the arrival of the more aggressively designed 2021 Ford Ranger Wildtrak X, we aim to ensure it remains front-of-mind for intending customers.” 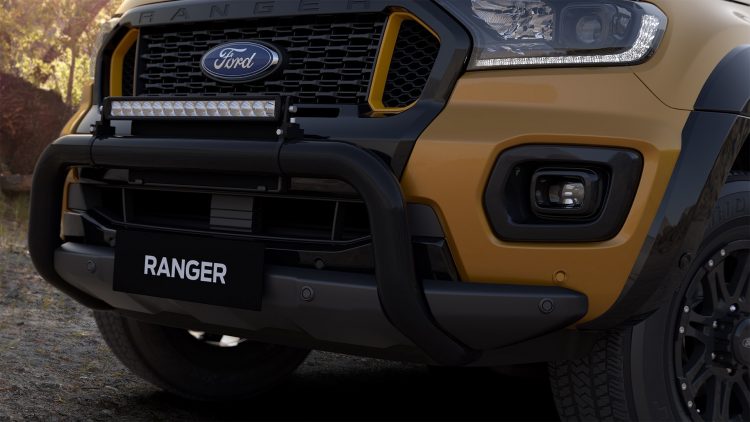 Ford’s Ranger continues to breathe down arch-rival Toyota HiLux’s neck in terms of sales, with 4217 combined 4×2 and 4×4 registrations in October 2020 against 4444 HiLux registrations, according to VFACTS figures.