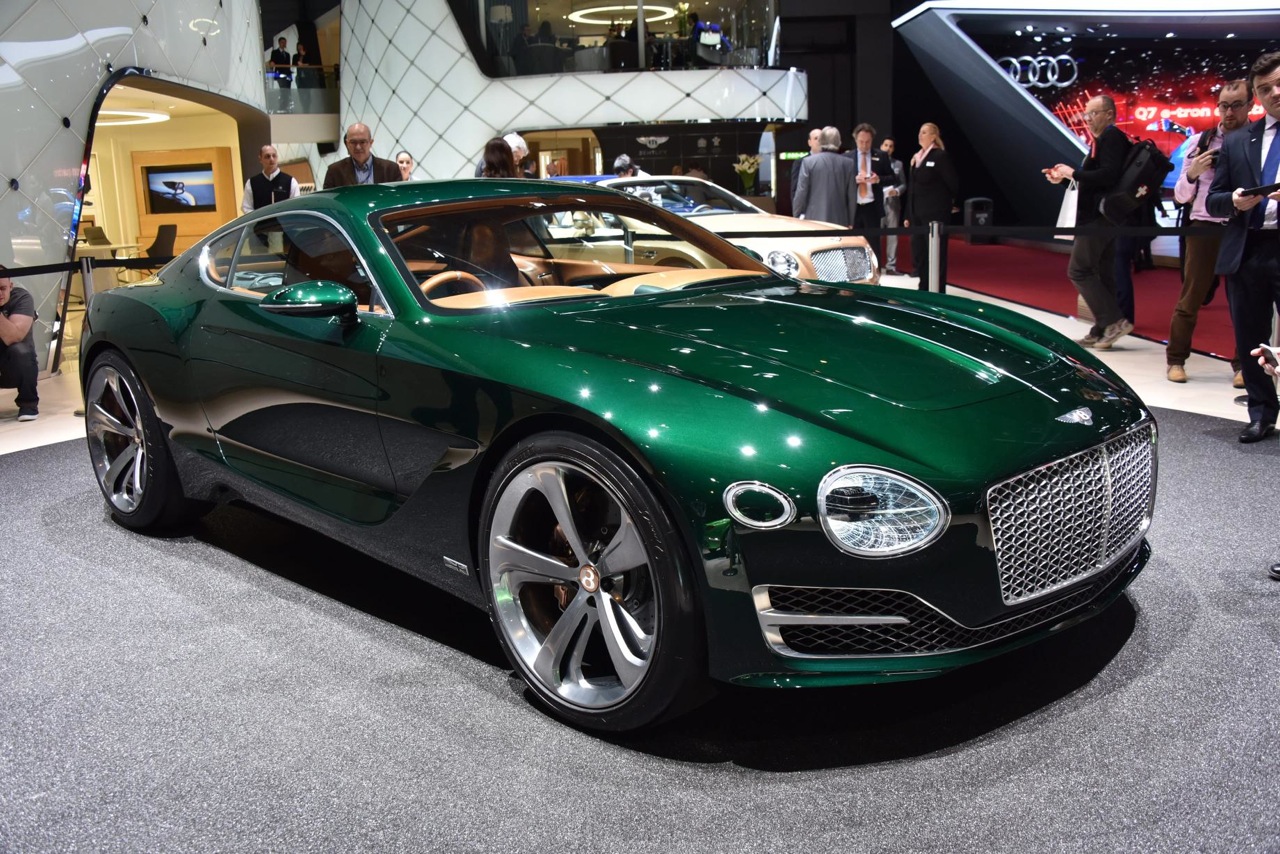 The 2015 Geneva Motor Show is one of the biggest events on the auto calendar this year. So to help you decipher the best exhibits, in no particular order, here is PerformanceDrive’s top 10 cars from this year’s show. You can head over to our Geneva show highlights and mega gallery for more as well. 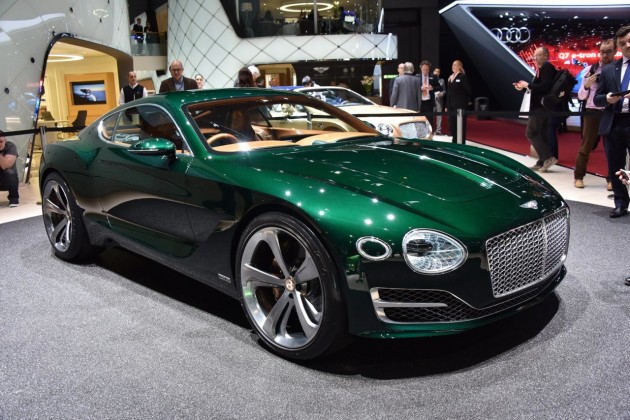 Bentley EXP10 Speed 6: In one of the biggest surprises of the Geneva Motor Show this year, Bentley unveiled this, the EXP10 Speed 6. It’s a concept that hints Bentley might have something up its sleeve in the coming years. The EXP10 Speed 6 takes many of the classic Bentley details like the traditional front headlight and grille design, and modernises them. The powertrain, with a pull away from the large capacity V8 and W12 engines used in the past, with Bentley confirming the EXP10 is powered by an unspecified hybrid unit. 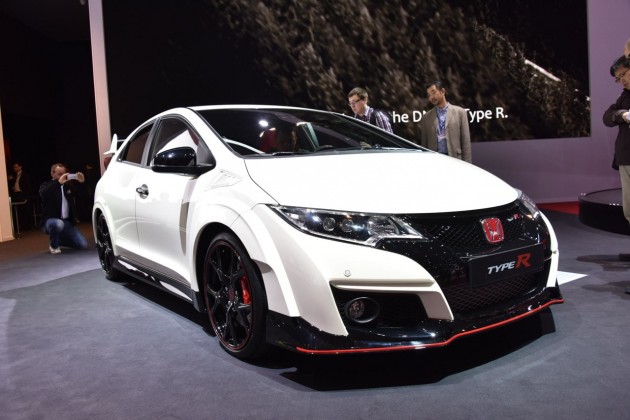 Honda Civic Type-R: Not only is this the return of a cult classic, the latest Type-R has set a blistering time of 7:50 at the Nürburgring – from a front-wheel drive car. This proves updates made to the Type R are more than just aesthetic. With 228kW/400Nm from a turbocharged four-cylinder, the Civic Type-R goes from 0-100km/h in 5.7 seconds. 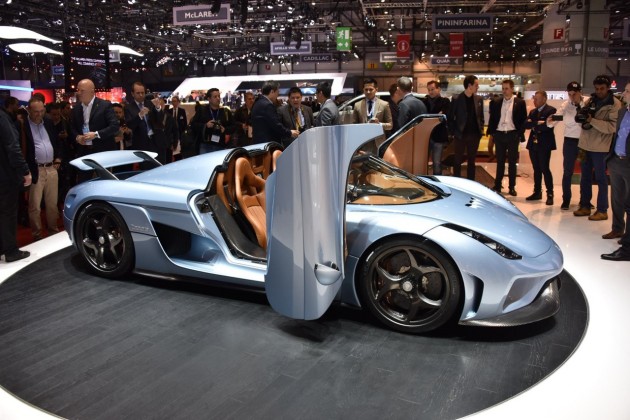 Koenigsegg Regera: Regera translated in Swedish means to rein, and Koenigsegg is taking this quite literally. In an interview, Christian Von Koenigsegg claims the only other car faster, is another Koenigsegg. The headline figures are unbelievable, a combined output from the 5.0-litre twin-turbo V8 and electric motors of 1342kW. This results in 0-100km/h in 2.7 seconds, 150km/h-250km/h in 3.2 seconds, and the Regera will keep accelerating until 410km/h. Power is transferred to the rear wheels via a single-speed transmission. Koenigsegg has also borrowed a load of tech from the One:1 megacar for the development of the Regera. 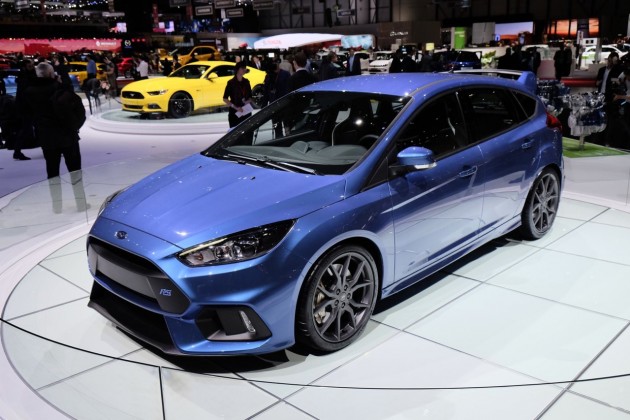 Ford Focus RS: On the back of the successful unveiling of the new Ford GT supercar in Detroit, Ford came to Geneva with world domination firmly on the agenda. Its weapon? This, the Ford Focus RS. On the outside the RS is the usual mix of pumped-up Ford flaring wheel arches and spoilers, but there is no lacking in brawn to back the styling. The RS comes with a 2.3-litre turbocharged four-cylinder EcoBoost engine producing over 235kW, coupled to a new all-wheel drive system. Best of all, the Focus RS comes with a drift mode button, which channels 70 per cent of power to the rear wheels. 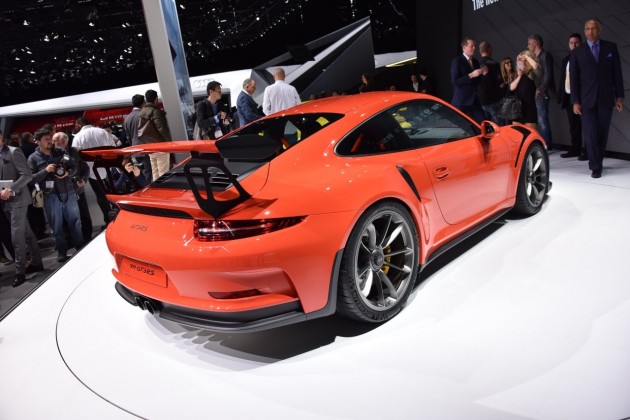 Porsche 911 GT3 RS: When Porsche unveils a car like the GT3 RS, it’s safe to say the automotive world has to take a few minutes to collect itself and pick their jaw up from the ground. And the latest GT3 RS is no exception. Not only does it look like it wants to eat up every inch of road it covers, the GT3 RS recently set a lap time around the Nürburgring faster than the previous GT2 and even the V10 Carrera GT. A 4.0-litre flat-six produces 372kW/458Nm, propelling the GT3 RS from 0-100km/h in 3.1 seconds, and 0-200km/h in just over 10. 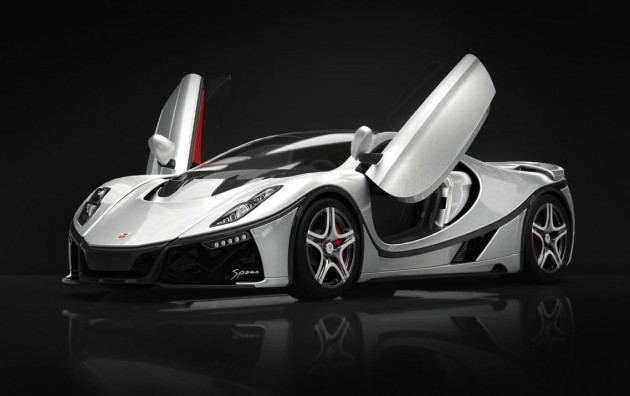 GTA Spano: Low-volume supercar producer GTA Spania is back on everyone’s lips following the unveiling of this, the GTA Spano at the Geneva Motor Show. At the heart of the Spano there is an 8.0-litre twin-turbo V10 producing 689kW of power and 1220Nm of torque. 0-100km/h takes 2.9 seconds, and the GTA Spano has a top speed of 370km/h. The Spanish manufacturer has also teamed up with another Spanish firm to produce Graphene; a very thin, lightweight and durable material, in conjunction with traditional carbon fibre, for the construction of the chassis and bodywork. 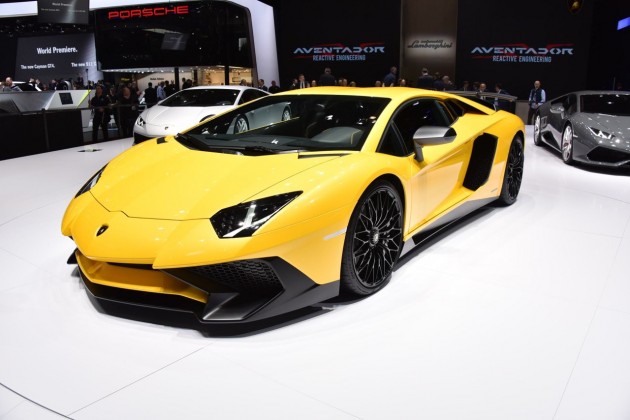 Lamborghini Aventador LP-750-4 Superveloce: It wouldn’t be a Geneva Motor Show without a Lamborghini unveiling. And thankfully the Italian manufacturer pulled out all the stops for its latest. Welcome to the Lamborghini Aventador SV, the most hardcore, track focused Aventador to hit the streets. A retuned version of the 6.5-litre V12 (544kW) combined with 50 kilograms of weight saving and 170 per cent more downforce than the regular Aventador ensure the LP-750-4 SV is not just for show. 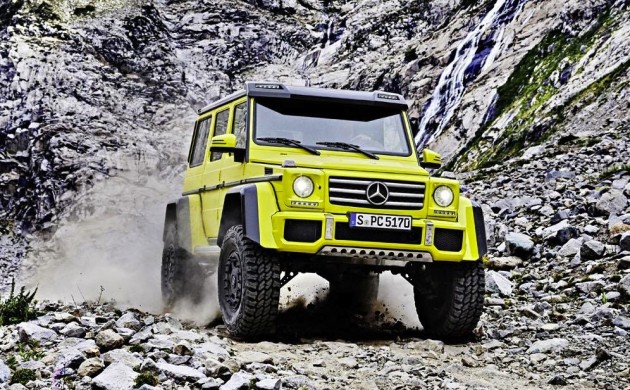 Mercedes Benz G 500 4×4²: Mercedes came to Geneva with this, the four-wheeled but no less eye-catching version of the six-wheeled G 63 AMG 6×6, named the 4×4². With a very healthy off-road pedigree, the 4×4² has had its chassis and suspension tweaked by Mercedes engineers for even more mountain-conquering potential. The off-roader is powered by an updated version of the 4.0-litre, twin-turbo unit from the regular G500, up from 285kW to 310kW. Mercedes is going to judge the public’s reaction from the Geneva unveiling as to whether or not the 4×4² will enter production. 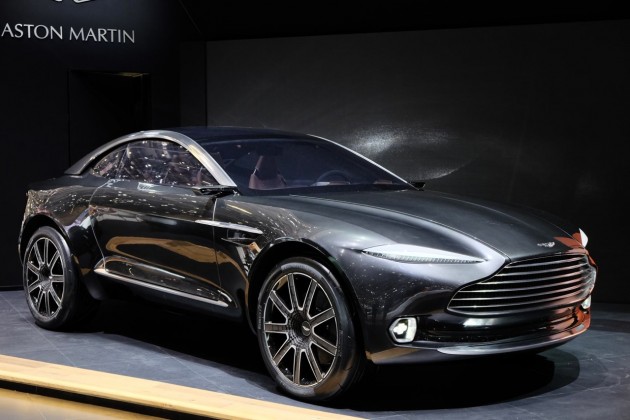 Aston Martin DBX: Not to be outdone by its domestic rivals, Aston Martin too came to Geneva with a striking new concept car, the DBX. In what may echo in a new generation for Aston Martin, the DBX has a stunningly crafted body and a futuristic powertrain. The DBX features four electric motors, one for each wheel, that are powered by a medium-future lithium sulphur battery, connected to a KERS system. It is an interesting crossover between a GT, EV and SUV, and it remains to be seen whether a version will enter production. 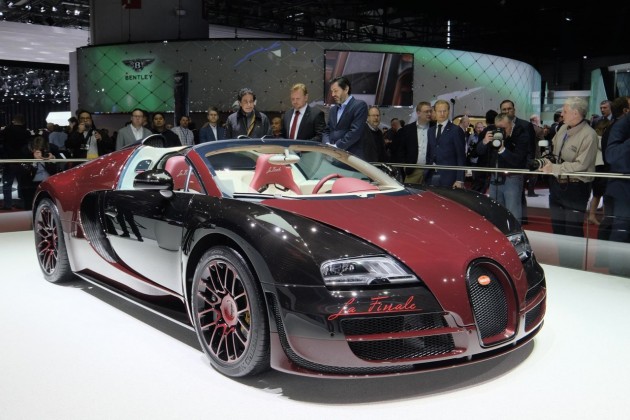 Bugatti Veyron La Finale: In a solemn moment, Bugatti used Geneva to unveil the final incarnation of the Veyron, named the La Finale. In a nod to the first Veyron to roll off the production line back in 2005, Bugatti has applied a similar colour scheme to the La Finale, inside and out. There’s an even more extravagant interior and an exposed carbon-fiber finish on the exterior. Power is unchanged from the Grand Sport Vitesse model it is based on, with 882kW/1500Nm from the 8.0, quad turbocharged W16 engine. 0-100km/h is taken care of in 2.6 seconds and the La Finale will max out at 410km/h.