The first production version of the long-awaited SSC Tuatara hypercar has finally made its formal debut. Just 100 examples will be built, showcasing one of the most powerful production-car engines in the world. 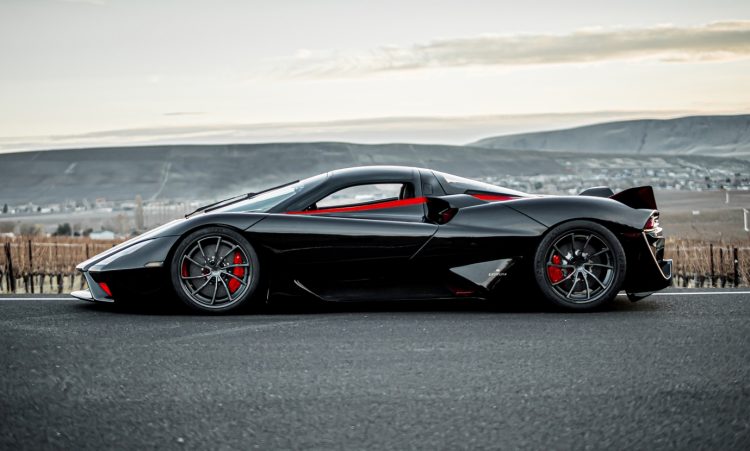 Shelby SuperCars (no relation to Carroll Shelby) first unveiled the Tuatara back in 2011. At the time it promised all kinds of crazy figures and performance – it all seemed like a pipe dream. Now though the project is finally a real thing, with the first production car unveiled to the public at the Philadelphia Auto Show over the weekend.

To reiterate on some of those initial promises, the Tuatara is powered by a 5.9-litre twin-turbo V8 that belts out a ridiculous 1750hp (1306kW) when running on E85 fuel. On regular 91 RON petrol it churns out 1350hp (1007kW). All of this is sent through a CIMA seven-speed automated-manual transmission that provides shift times in under 100 milliseconds.

SSC hasn’t really claimed any official 0-100km/h times, however, the top speed is projected to be around 480km/h. The mid-engined layout is rear-wheel drive too, with an overall dry weight of just 1247kg, so we’d suggest little sprints like 0-100km/h to be under 3.0 seconds, although not really the key focus of its performance. 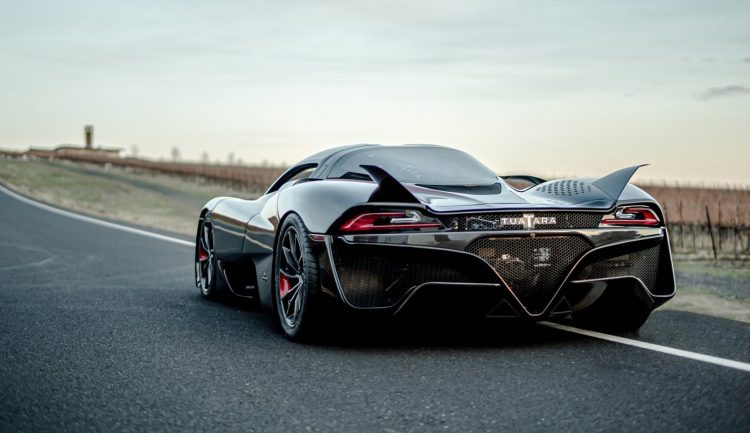 Drivers can select between Sport and Track driving modes for versatility, while a pair of dihedral doors make it easy to get in and out. SSC also says the cabin layout accommodates passengers that are up to 198cm tall, even wearing a helmet. Speaking about the car, Jerod Shelby, CEO and lead designer, said:

“I am extremely proud of our team. We have created the full package – looks, performance, and artwork all rolled into one. The last 10 years have been a journey to excellence making this February 7 public debut even sweeter and more rewarding. And it is only the beginning!”

Production of the Tuatara takes place at the SSC headquarters in Richland, Washington, in North America. Following the debut of this first production example, the remainder of the 100 planned for the market are expected to roll out throughout the year and into next year and possibly beyond.