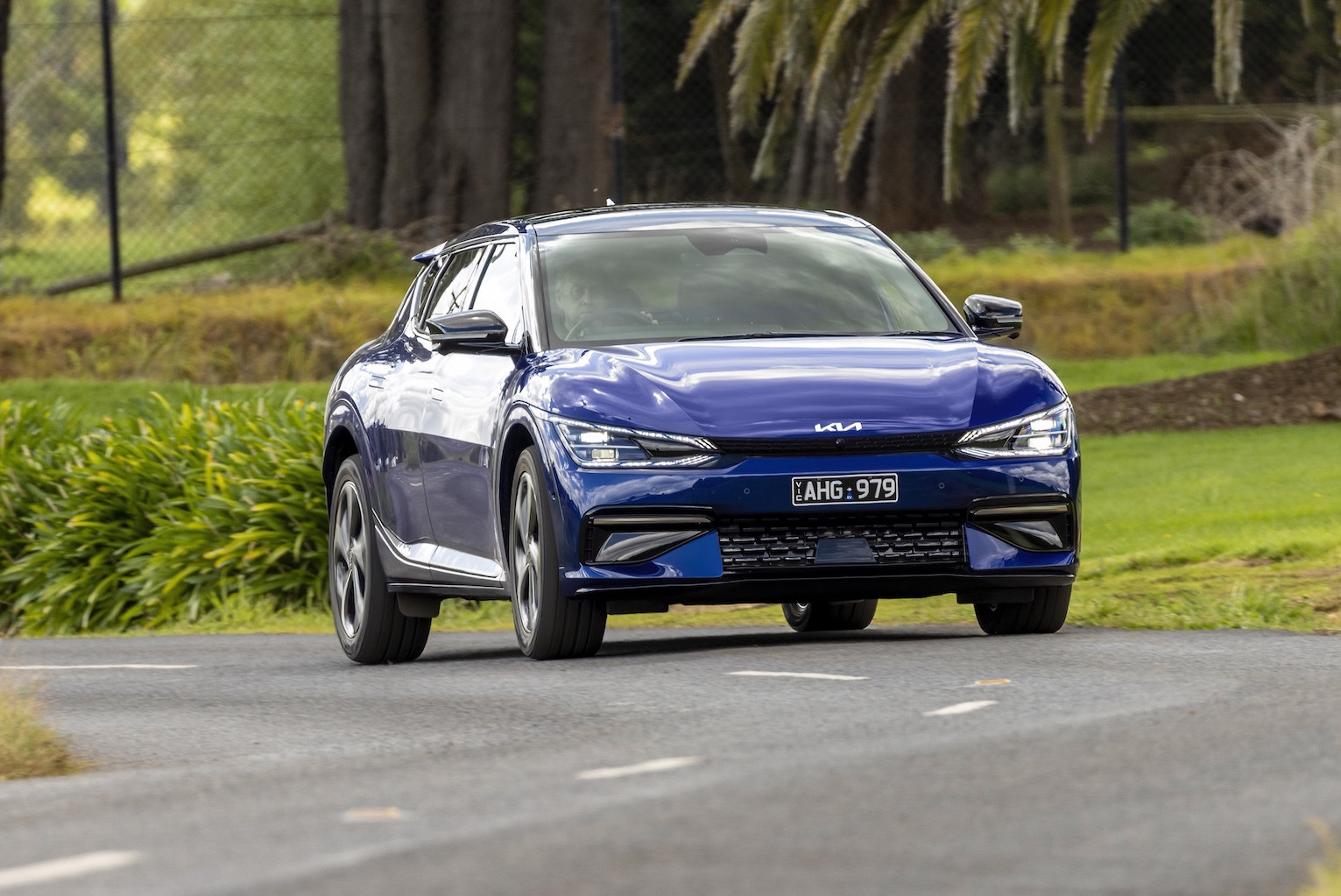 Following our local Kia EV6 spotting a couple of weeks ago, the local company has now sent out some details regarding the highly anticipated fully electric vehicle. It will go on sale during the first quarter of 2022. 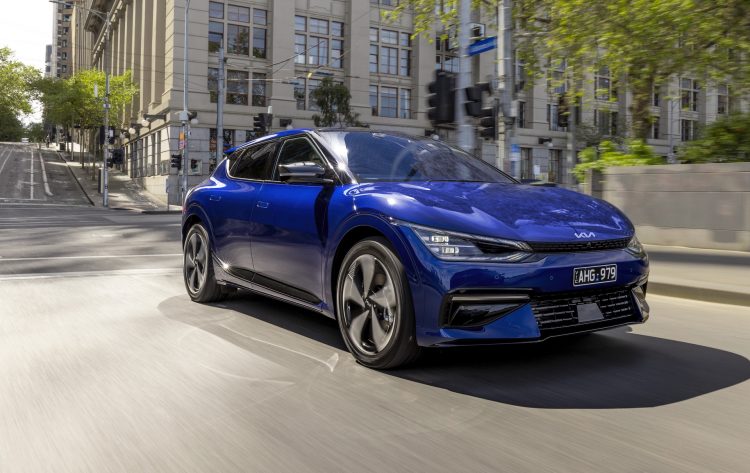 The new model has undergone an extensive Australian tuning program, including suspension and steering adjustments to make sure it lives up to local standards. Speaking about the local tuning in a statement today, Graeme Gambold, Kia Australia’s ride and handling engineer, said:

“Personally, as a chassis dynamist, I think the biggest part of that enjoyment is the width of the battery in the car. A typical ICE vehicle has an engine and a drivetrain that has a high centre of gravity but it’s all in the centre of the vehicle therefore it works like a moment in roll. But with a dedicated BEV, it has a big flat battery in it, so it has to lift the energy on the inside to actually upset the car, creating a very flat roll dynamic. This makes the EV6 feel very light, nimble and responsive.” 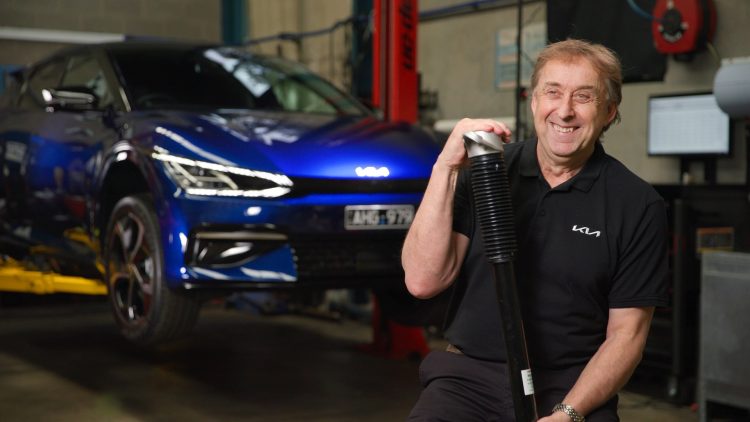 Gambold also says that one of the areas the local arm always focuses on for Australia is large body movements, particularly on country roads where speeds are around 100km/h. He says in these conditions body roll is compounded by the fact conventional cars have a high centre of gravity.

“Electric cars don’t have as much of that, they have a lot of vertical movement, because of the weight but they don’t have the lateral roll, so we can use that as a bit of a tuning tool… I just love driving the Kia EV6, it’s a car that just wants corners. It is so engaging and so rewarding to drive. Great car. Best car Kia has ever made.” 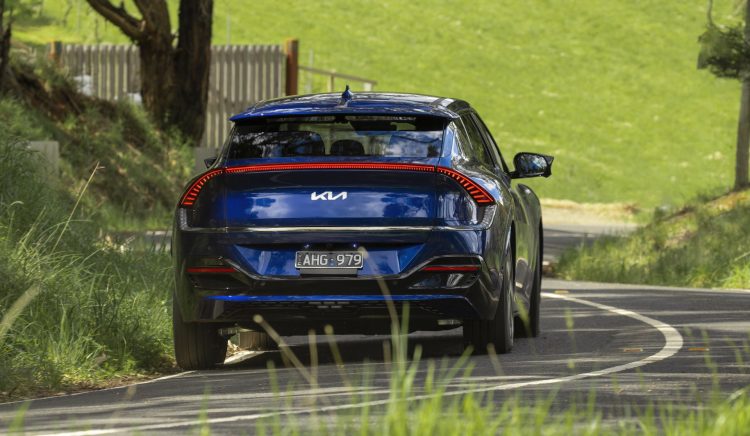 General manager of product at Kia Australia, Roland Rivero, says local tuning has been part of the brand’s DNA and a fundamental component in the brand’s success here, and despite the pandemic, the local team never gave on its new halo model. Rivero said:

“It certainly helped that we’ve been on this journey with Namyang’s ride and handling teams for a long time and we also have an established relationship with the team in ZF Sachs. They have travelled to Australia so many times in the past and have a thorough understanding of our local conditions, so during lockdown our history with them was vital, as it made the process of tuning via correspondence achievable. Otherwise, if it was a case of sight unseen, the process of conveying our desired compressions and rebound forces would be difficult for them to understand, particularly as our tune is unlike any other region.” 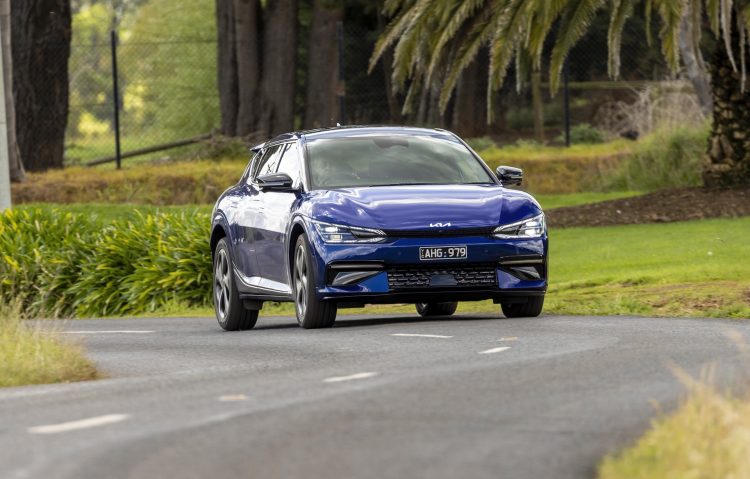 This will be the first dedicated electric Kia to arrive in Australia, following the recent arrival of the Niro (available in hybrid and electric forms). Speaking about the company’s plans for future electrified products, Kia Australia COO, Damien Meredith, said:

“With the imminent arrival of our first EV6 variants, Sorento Hybrid, next-generation Niro and the much talked about performance EV6 GT variant, Kia will well and truly be making its mark on the electric vehicle offering available in Australia.”

The EV6 will be offered in long-range form with a 77.4kWh battery, with rear- and all-wheel drive, and in base and GT-Line trim levels. The high-performance GT version will arrive “late in 2022 or early 2023”, the local arm says. 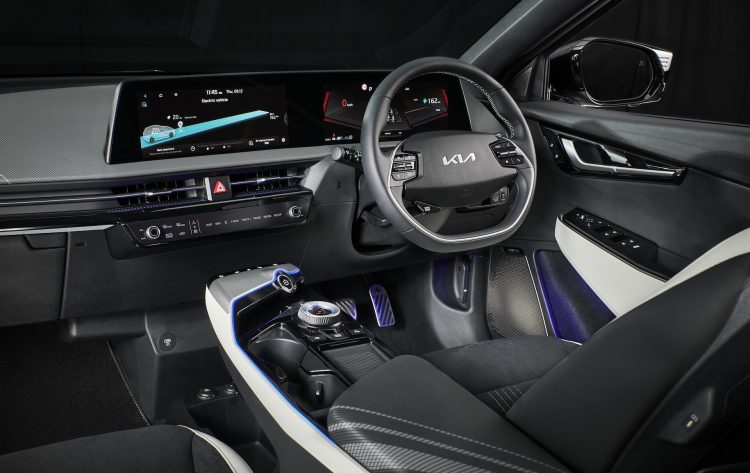 It says so far it has received an “unmatched” level of customer interest, with expressions of interest exceeding all previous Kia models. It also says there has been an equal share of existing and new customers of the brand interested in the new model.

Around 500 units have been locked in for 2022 for Australia, and these will be staggered throughout the year. The EV6 will be sold through Kia’s usual dealer network, with a “fair allocation” worked out between them.