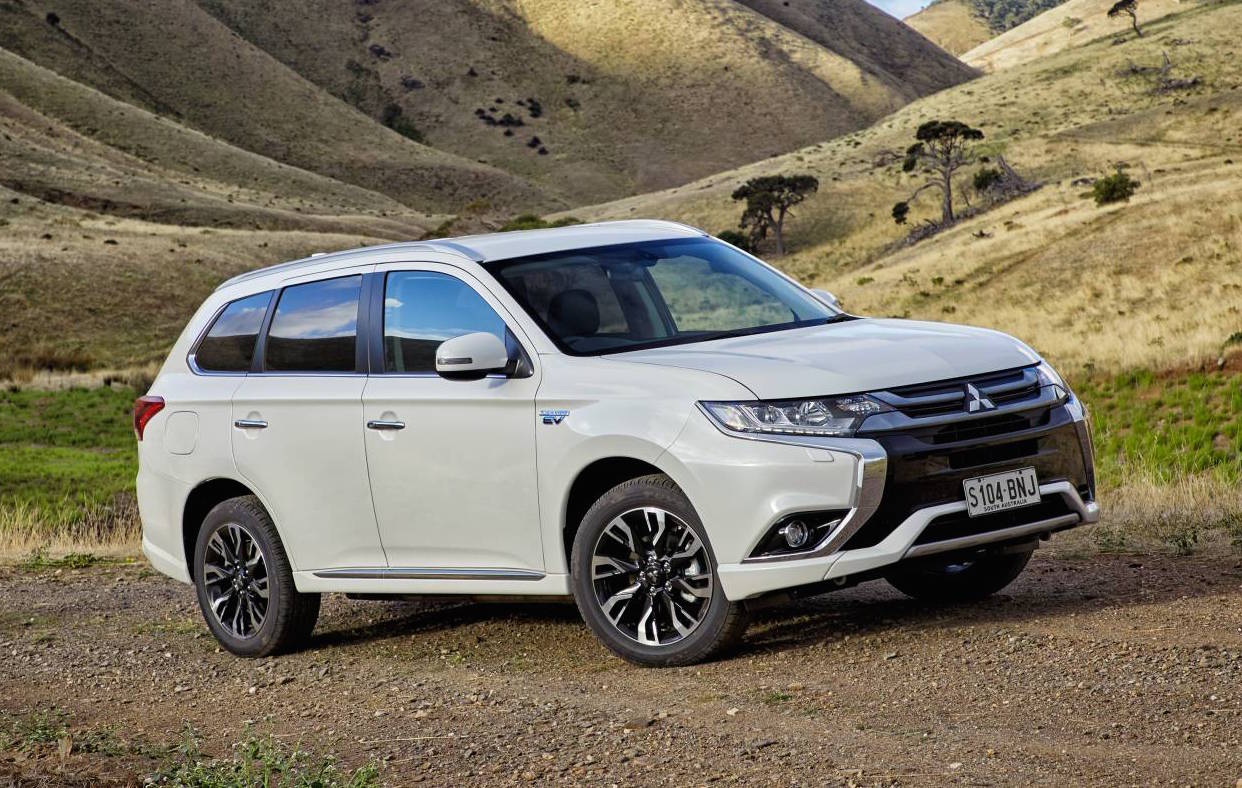 The new, 2017 Mitsubishi Outlander PHEV has finally arrived in Australia, following the launch of the latest-look Outlander petrol and diesel versions in 2015. 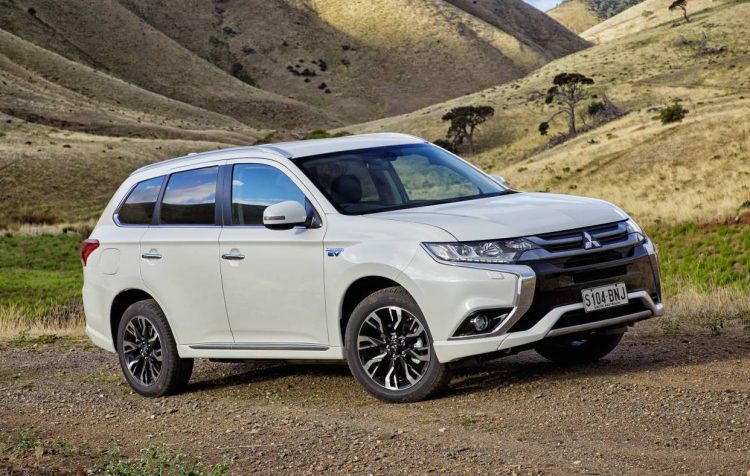 For the PHEV – that’s plug-in hybrid electric vehicle – the SUV gets MY17 styling updates, including a revised front and rear end, LED headlights, silver skid plates, and a set of new-look 18-inch alloy wheels.

Inside has also been updated, with a fresh four-spoke steering wheel, soft-touch surfaces, gloss black trimmings, and a new headlining material with subtle stitching highlights.

As for the most interesting element though, the powertrain. It features a 2.0-litre naturally aspirated four-cylinder engine producing 87kW and 186Nm, with help from a front electric motor rated at 60kW/137Nm and a rear motor at 60kW/195Nm, providing a combined output of 120kW and 332Nm.

Using the electric motors, the PHEV is able to drive without the petrol engine for a range of 54km. This helps to see the official average fuel consumption average drop to just 1.7L/100km.

Two variant levels are being launched in Australia, spanning from the LS to the top Exceed. As standard, the PHEV comes with dual-zone climate control with rear vents under the front seats, auto wipers and headlights, a 7.0-inch touch-screen infotainment unit with digital radio, and various drive modes.

Stepping up to the Exceed gets you a power tailgate, leather seats, sunroof, and adaptive cruise control and a unique EV Remote smartphone app allowing users to set charging schedules and activate climate settings remotely.

The new model is on sale now, equipped with Mitsubishi’s five-year/100,000km warranty. Prices start from the following (excludes on-roads):