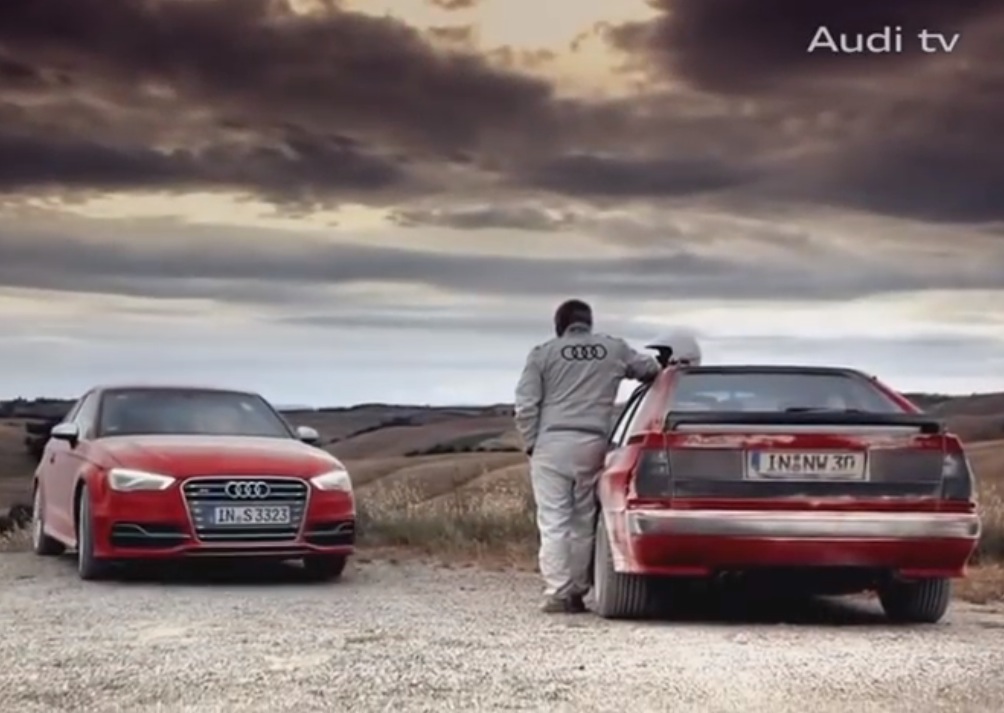 Audi is getting into the rally spirit and has released a new promo clip showcasing the performance of the new Audi S3 high performance hatch. The company pitches it against perhaps the car that started it all in terms of all-wheel drive rallying, the legendary Audi Sport Quattro from 1983.

So, what’s the fastest? Well, the new S3 is powered by a 2.0-litre turbo four-cylinder producing 221kW while the Sport Quattro features a 2.1-litre turbo five-cylinder with 225kW. You might be surprised by the winner. Take a look below.