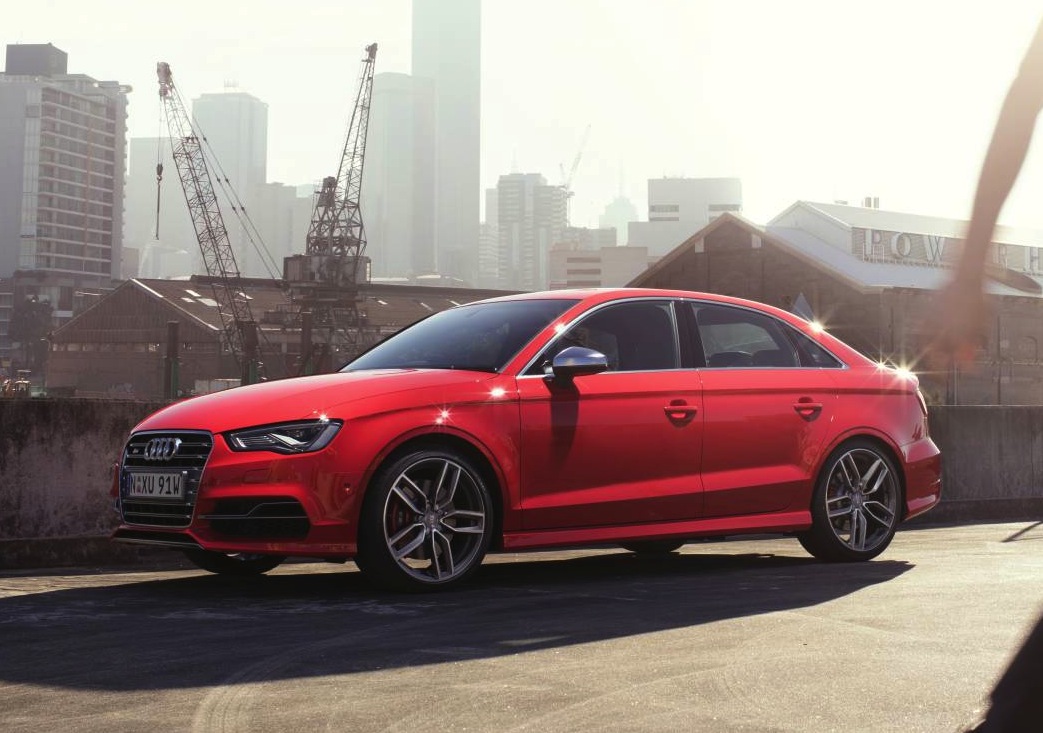 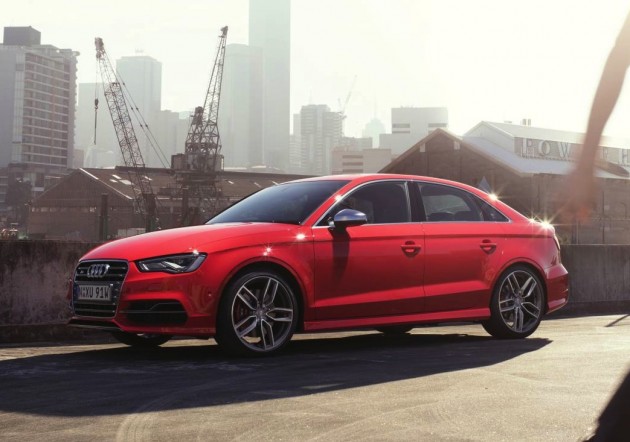 Out on the tarmac the sports sedan is capable of sprinting off from 0-100km/h in 5.0 seconds. Despite the awesome speed, the average fuel consumption is just 6.9L/100km.

Like all Audi ‘S’ models, the 1450kg S3 features various performance highlights, such as sports suspension, a sports exhaust system with quad-outlet tips, performance brakes, and a set of 18-inch alloy wheels. 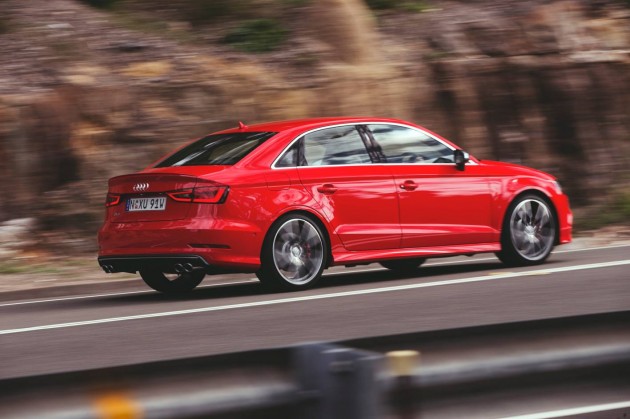 Inside, it’s much the same theme, with chunky S bucket seats with big bolsters to support you in the corners, and various ‘S’-themed highlights. Being a top-line Audi, it’s also luxuriously appointed with leather, a Bang & Olufsen sound system, a leather-wrapped flat-bottom steering wheel, and a full ‘MMI’ multimedia interface with sat-nav.

The S3 sedan looks like a nice little package and it should do quite well in the market, especially with no other vehicle like it on sale. Andrew Doyle, managing director of Audi Australia, said,

“With the dynamic styling of the new Audi A3 Sedan as a starting point, the new S3 model was always going to have a striking presence on the road.

“However, there is much more depth to this accomplished sports sedan than just looks. It offers enthusiasts a stirring drive, thanks to its powerful engine, lightweight chassis and quattro all-wheel-drive layout.”

The new model is available in showrooms now with prices starting at $62,200 (excluding on-road costs).