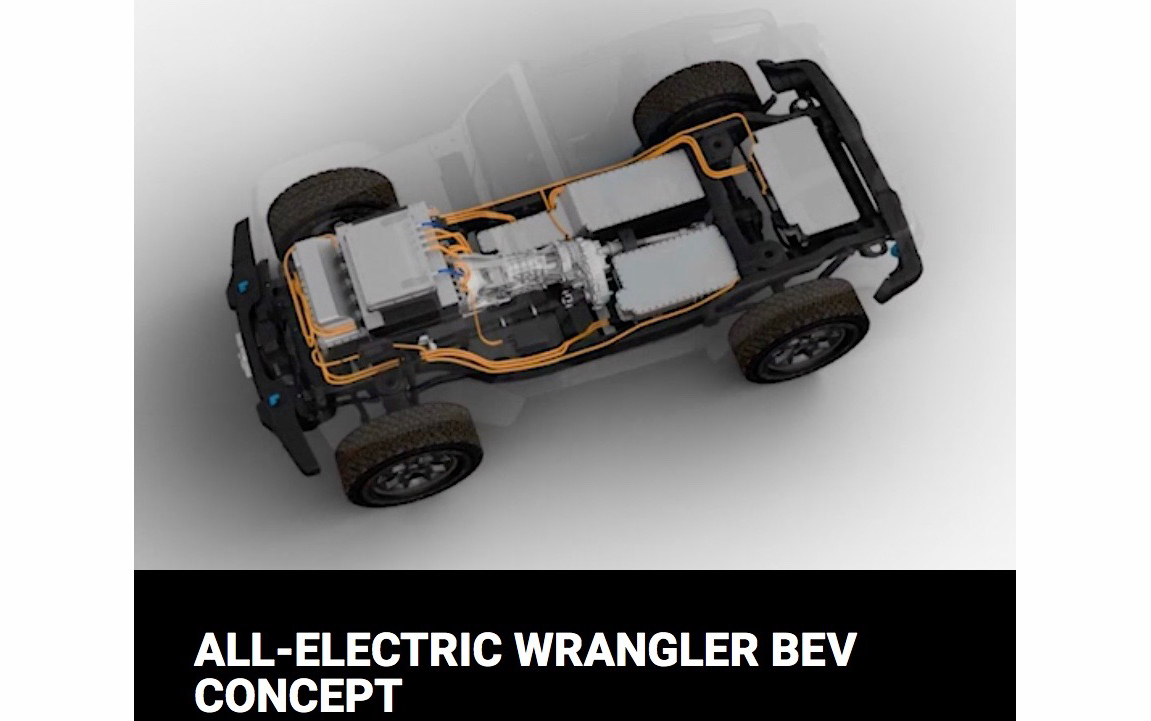 Jeep has confirmed it will be unveiling an all-electric Wrangler concept next month, which could spawn the first hardcore fully electric 4×4 for the class in the near future. It follows the 4xe plug-in hybrid version announced last year.

During a Super Bowl LV ad campaign, Jeep announced a new sub-website called The Road Ahead. It contains various updates in regards to Jeep’s future products and outlines some of its efforts for eco-friendly motoring. As well as confirming a 4xe plug-in hybrid version of the upcoming all-new Grand Cherokee, there’s a section on an electric Wrangler.

Jeep says it will be unveiling a battery electric (BEV) concept based on the latest Wrangler during the Easter Jeep Safari in Moab, Utah. It is expected to inspire a production model of the not-too-distant future, however, being a concept means Jeep is likely going to analyse the market’s reaction to such a model first.

No specifications or anything substantial has been confirmed at this stage, other than a teaser image showing a digital cross-section of the concept. It shows a comprehensive electric setup with batteries mounted under the rear seat area and at the rear, with a large electric motor under the bonnet. 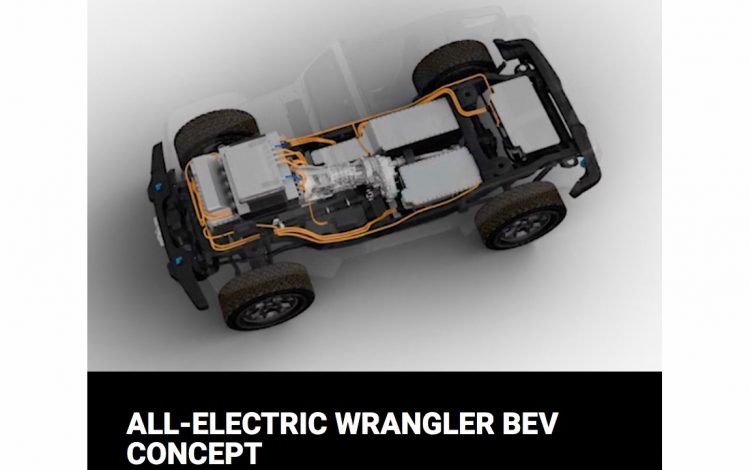 Taking a closer look, there doesn’t seem to be an electric motor at the rear axle, like many EVs. We could be wrong but Jeep might be looking to utilise its proven four-wheel drive system and transfer case, with the front electric motor sending power down towards the back through a conventional transmission and drive shaft.

With huge torque potential from electric motors, this could be a favourable setup for hardcore off-roading fans. It means no revving will be required to get through those really sticky situations. It should also provide excellent rock-crawling capability, and even slow low-range hill descent that leans on the regenerative loads of the electric motor.

All will be revealed from March 28. A possible production version might arrive late this year or early next year, although Jeep is yet to confirm.