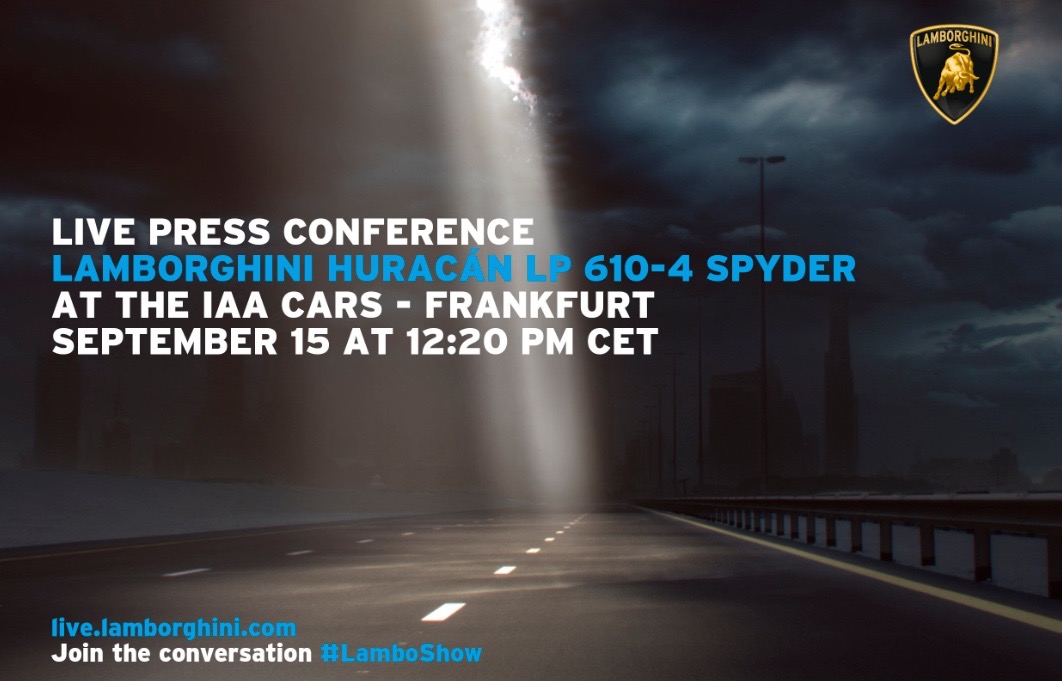 Lamborghini has confirmed it is unveiling the new Huracan 610-4 Spyder at the Frankfurt Motor Show next week. 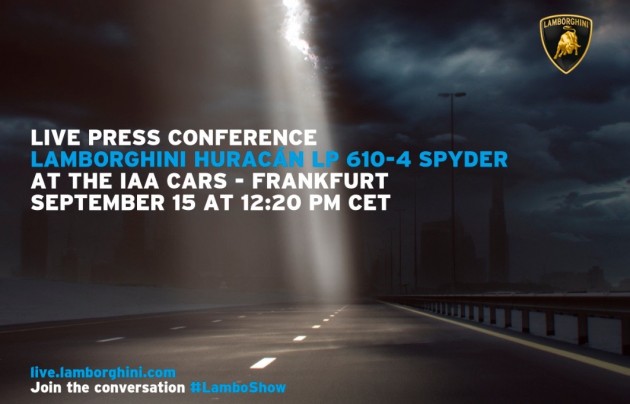 The news was spread via an invitation that Lamborghini handed out to press, detailing a schedule for the company’s press conference at the big event.

No details accompany the invitation, other than the words ‘Lamborghini Huracan LP 610-4 Spyder’. This confirms the drop-top version of the new V10 supercar will come with the same engine as the coupe.

In the Huracan coupe’s engine compartment is a 5.2-litre naturally aspirated V10 producing 449kW of power and 560Nm of torque. It’s able to sprint from 0-100km/h in just 3.2 seconds.

For the Spyder we can expect a slight weight increase which may impair its acceleration performance. The coupe has a dry weight of 1422kg, while the Spyder is likely to see that rise slightly. As a guide, the Gallardo Spyder predecessor was around 130kg heavier than the same-spec coupe counterpart.

Reports suggest Lamborghini will carry over a similar soft-top roof design from the Gallardo Spyder for the new Huracan. Using a fabric-style roof will help to keep weight as low as possible.

The Huracan has been criticised for not being outlandish enough in terms of styling. It will be interesting to see what the drop-top version looks like with the roof down. All will be revealed on September 15, if an earlier online reveal doesn’t occur.