BMW has pulled the wraps off a concept version of the new BMW 4 Series Coupe. The car gives us a preview to the new coupe and convertible 3 Series, which will now be called the 4 Series. 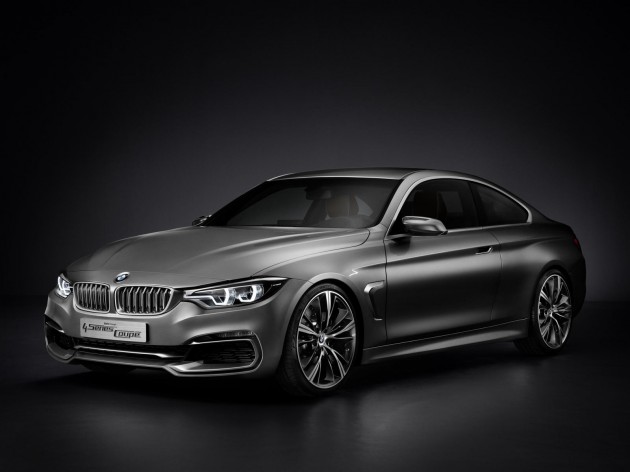 This is the first time – that we’re aware of – that BMW has confirmed the 4 Series nameplate rumours and reports. Like the BMW 5 Series has the two-door coupe/convertible 6 Series brothers, the company will be pushing the digit up by one for the latest two-door 2012 3 Series models.

The concept showcases pretty much a two-door bodied 3 Series, except for a number of quite obvious highlights; the lower front bumper bar for instance. On the concept it features large intakes on each side with a much more striking design than what is seen on the current 3 Series production car. Whether this layout will remain as an exclusive element for the production 4 Series is not yet known.

Overall, the footprint of the 4 Series, or at least this concept version, is larger in every way compared with the current 3 Series Coupe/Convertible. It looks a bit longer and flatter first up, and that’s because it is. Up to 50mm of chassis is added into the wheelbase in fact. The track front and rear is also wider, by 45mm and 80mm, respectively, and the car has a lower roof height by 16mm. 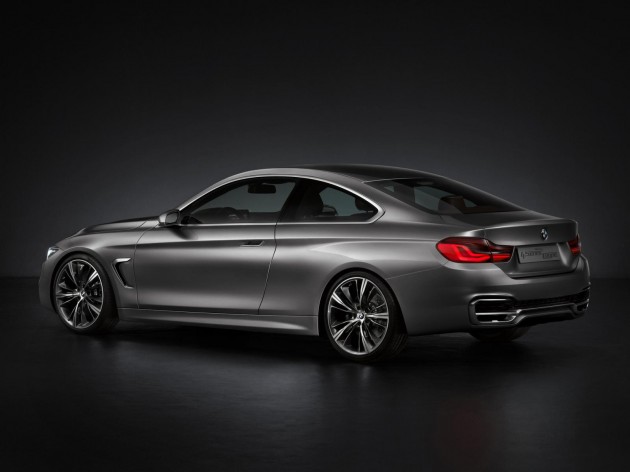 Taking in these basic dimension changes it’s easy to see where BMW is going with this; the 4 Series will be larger inside while also offering a more elegant design profile.

Other key aspects, which may or may not remain on the production version, include a set of slit vents on the front guards just behind the front wheels, 20-inch alloy wheels, and a quite dramatic rear end and lower bumper bar section, matching the front bar. 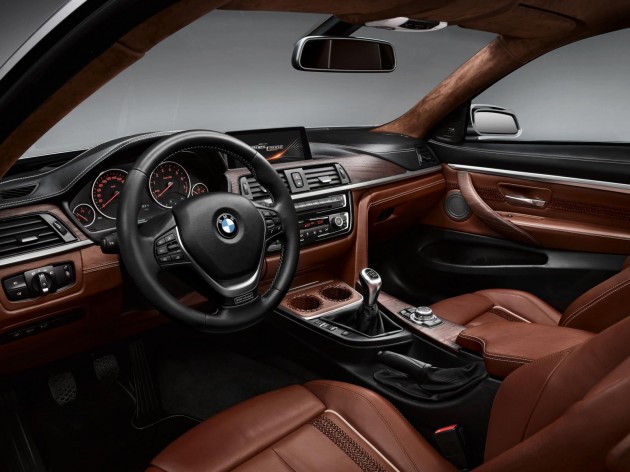 Inside, it’s a concoction of suave yet sporting wood trimmings, Black and Schiaparelli Brown leather with bold stitching, and the usual array of modern 3 Series functions and equipment. The interior has been developed by BMW’s in-house options division, BMW Individual.

The concept will make its formal public debut at the 2013 North American International Auto Show in Detroit, USA, which starts January 14. The production 4 Series is expected to go on sale later in 2013.