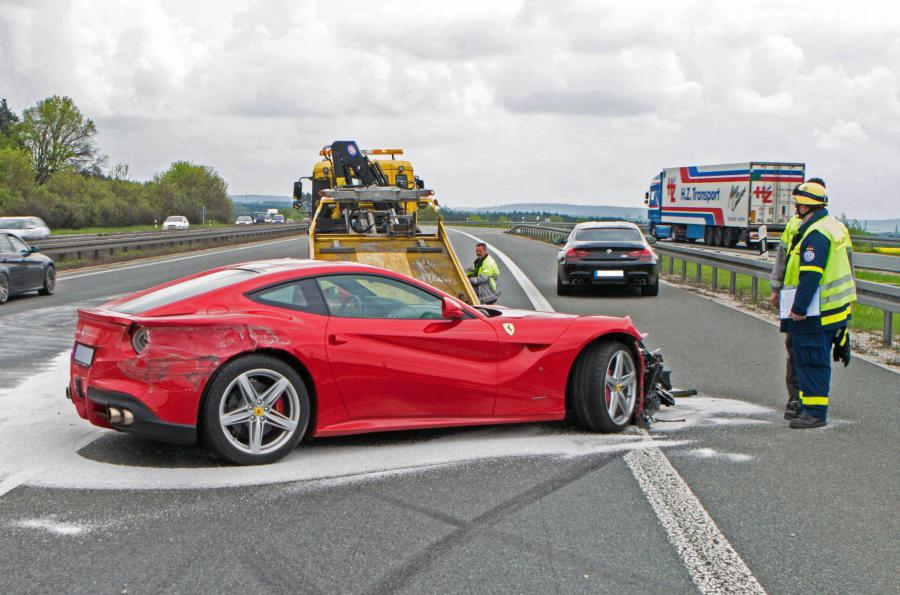 A Ferrari F12 Berlinetta was involved in a nasty crash on the A9 Autobahn in Germany on Saturday. It’s understood the V12 monster was bought new just three weeks ago. 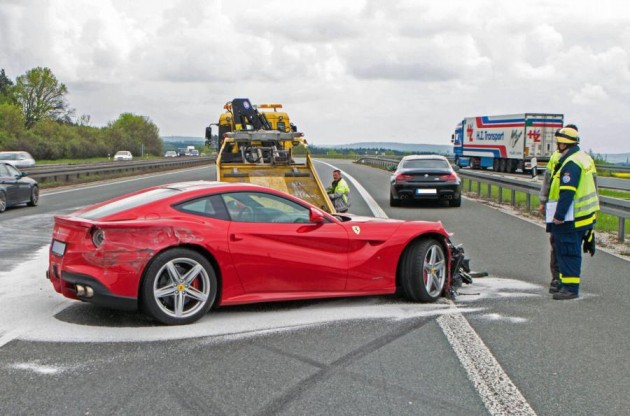 According to a infranken.de report in Germany, the F12 was travelling along the A9 heading towards Munich. The official cause of the accident is unknown, however, it’s understood the driver of the Ferrari was in the fast lane before encountering slower drivers. 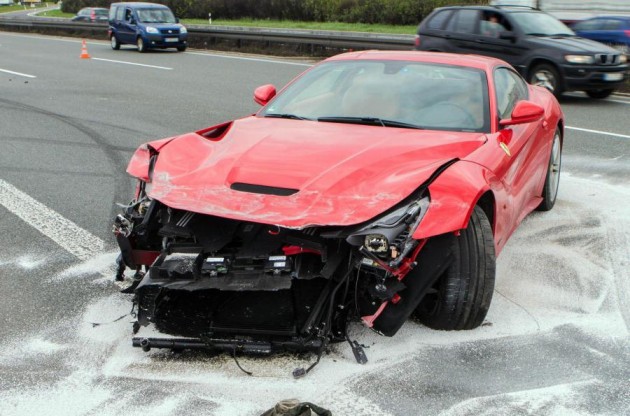 It’s believed the driver then lost control, before bouncing off a guard rail on more than one occasion.

As you can see, the front of the car is completely torn apart, leaving very little intact. The rear of the car, including the cabin structure, appears to be in okay condition aside from some right quarter panel damage.

Fortunately, nobody was seriously injured in the crash. Unfortunately, the poor Ferrari will need some pretty significant and expensive repairs before it’s up and running again.

We’ll remind you the F12 Berlinetta is Ferrari’s second most powerful production car ever made. It comes with a 6.3-litre V12 producing 545kW of power and 690Nm of torque. Prices in Australia start at $691,100.