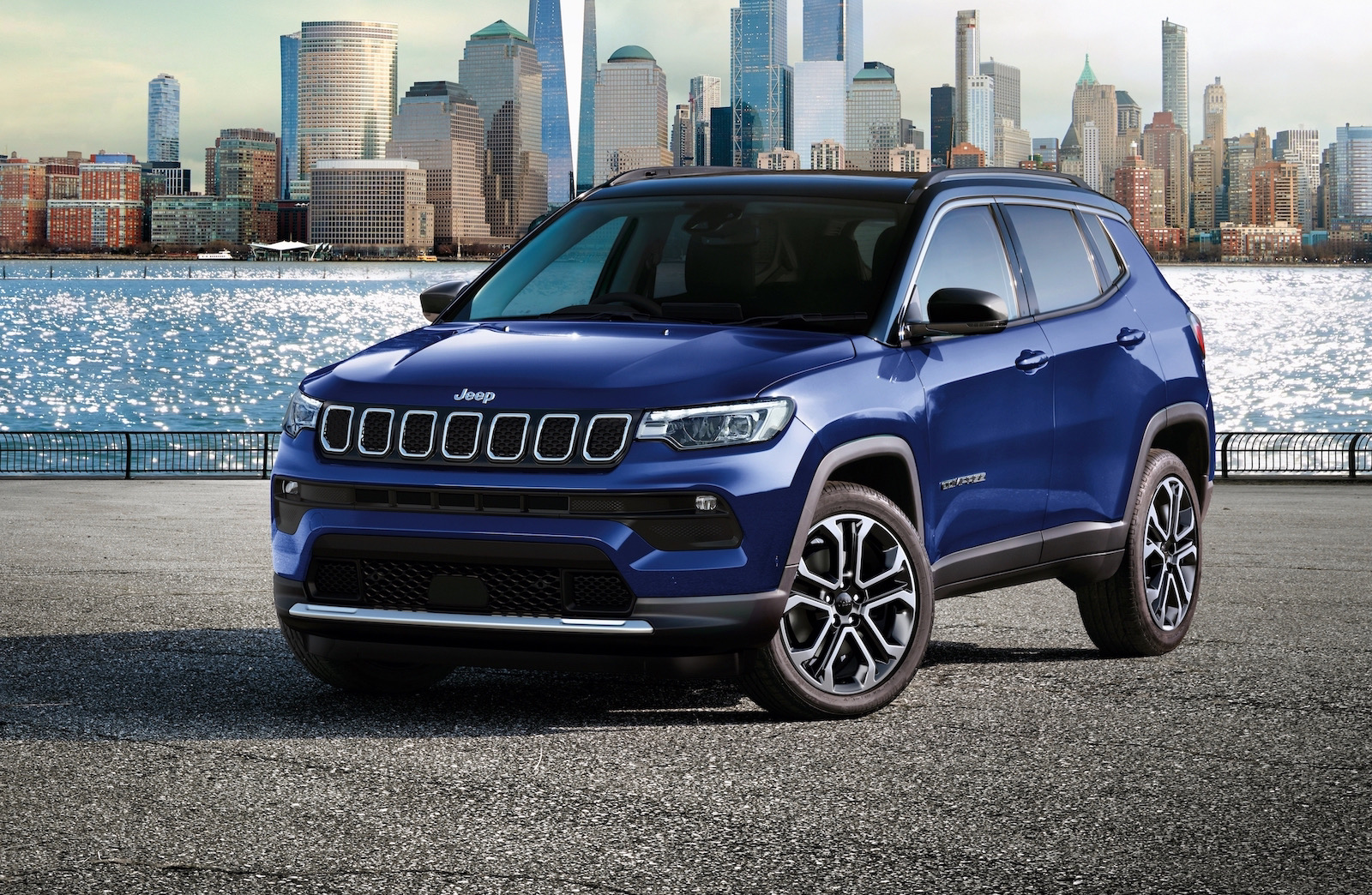 Jeep has confirmed the arrival of its updated 2021 model Compass compact SUV (also known as MY2022 in some markets) to Australian shores, packing a redesigned interior, added safety systems and more technology. 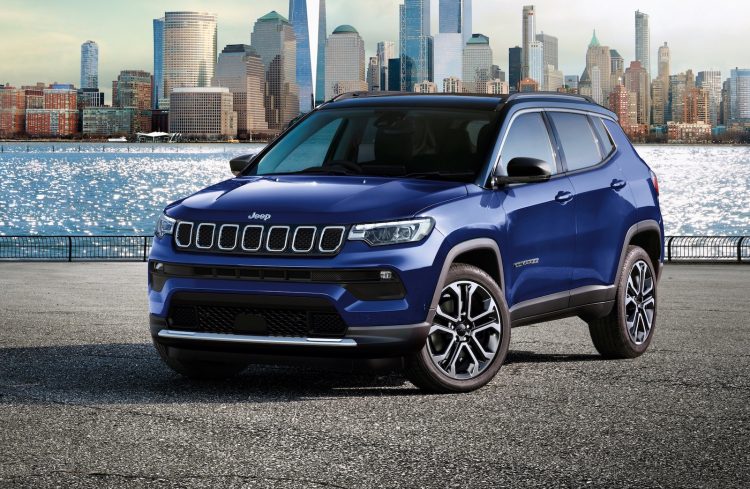 The new Compass lineup remains much the same, with the entry-level Launch Edition – previously Night Eagle – kicking off the range with a slight price increase, with the remainder of the lineup made up by the Limited, S-Limited and diesel-powered Trailhawk.

The entry-level Jeep Compass Launch Edition is priced from $37,950, and is powered by Jeep’s 2.4-litre Tigershark petrol pushing out 129kW/229Nm, paired with a six-speed automatic transmission that throws power to the front wheels. Major updates for the Launch Edition include the addition of LED headlights and foglamps, new 10.1-inch infotainment system, 7.0-inch driver’s display, wireless charging pad, keyless entry and automatic wipers and lights.

The range then moves to the Compass Limited, which will arrive in Australia later this year, priced from $43,950. The Limited features the same powertrain, but adds Jeep’s active drive 4×4 system, terrain management system and a nine-speed automatic transmission. New features for the Compass Limited include LED projector headlamps, automatic tailgate, parking assist program, power adjustable front seats, and a 10.25-inch TFT colour display. 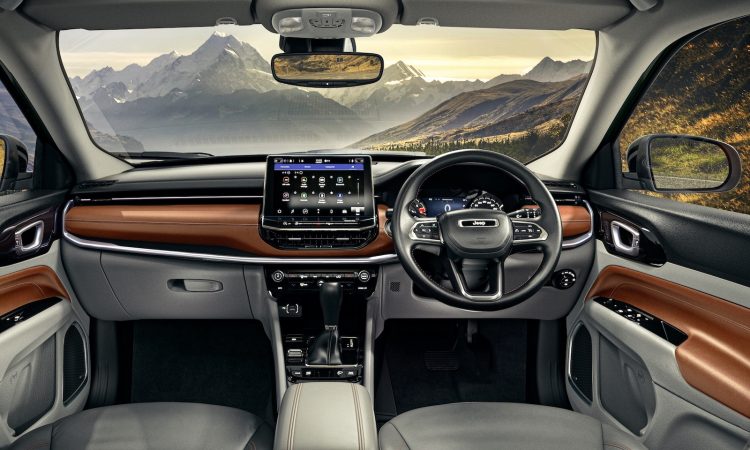 The Jeep Compass S-Limited will be available sometime this month, priced from $46,950. The only major updates for the S-Limited variant are in the form of new body colour wheel flares, sill mouldings, door claddings and a set of 19-inch hyper black alloy wheels.

The lineup is topped by the Compass Trailhawk, which comes powered by a 2.0-litre turbo-diesel which now meets Euro 6D emissions standards. Priced from $51,250, the Trailhawk doesn’t receive any major updates over last year’s model, other than the addition of a 360-degree surround-view camera system.

Jeep is also keen to point out that the special edition 80th Anniversary Compass variant is also on offer, which is based on the Compass Limited. Special features for the Compass 80th Anniversary edition include a set of 18-inch granite crystal alloys, wheel arch flares, body-colour sill mouldings and door claddings, a dual-pane sunroof, black-painted roof, special grille design and, of course, 80th Anniversary badging around the bodywork.

Most of the new Jeep Compass variants are now available for purchase in Australia, with the exception of the Limited variant which arrives later this year. Prices are as follows: 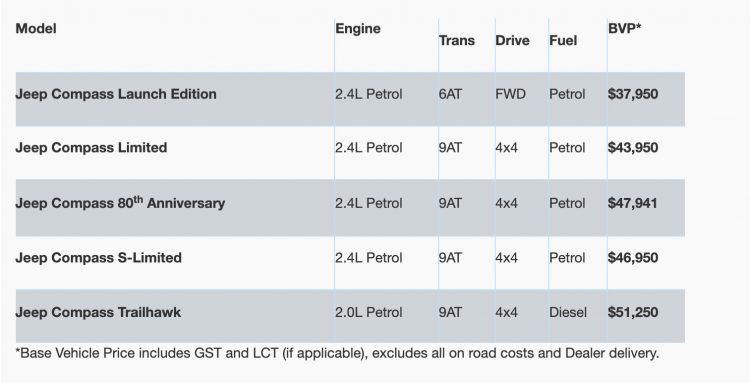