Ford Performance Racing’s Will Davison has won the last ever Holden versus Ford V8 Supercars race at the 2012 Sydney Telstra 500 at Olympic Park, before Nissan and Mercedes-Benz join the series next year. 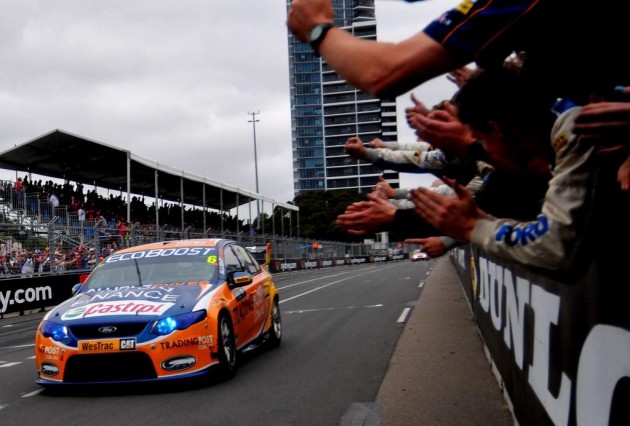 While the Ford driver scored the final victory, Holden hero Jamie Whincup collected his fourth championship trophy in five seasons. The TeamVodafone driver finally celebrated the win after securing the title two weeks ago at Victoria’s Winton Raceway. He declared it his best yet,

“It has been a phenomenal year for us and an intense battle but on the track its been a lot of fun,” Whincup said post-race.”There’s a lot of burning the midnight oil to repeat what we did last year.

“This one feels like it’s the best but I don’t want to disrespect the last three but this has been intense. If you knew what was going on behind the scenes you would understand just how intense it really is.” 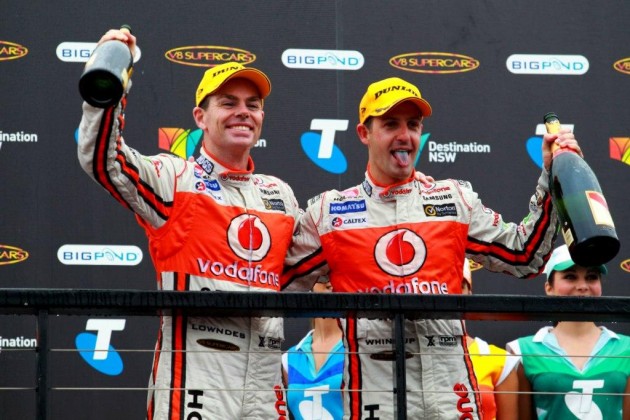 Holden Racing Team’s Garth Tander started the race from pole, but Davison passed him not long after the start of the race and didn’t give up the lead for the entire race. The Trading Post Falcon pilot said it was much harder than it appeared.

“It might have looked easy but it never is around here,” Davison said. “It was a huge battle all year but they have been a bit too good for us. I’m just pumped to round out the year kike this. Finally I got a win at Homebush; I love the circuit but the races haven’t been kind.

“It’s an impressive battle out there but we are just not quite good enough in some areas. Its’ been a huge step up for FPR this year and we have got to keep that continuity going into car of the future and see if we can give it a nudge next year.

“It was also great for Ford to end this great era and also Trading Post.” 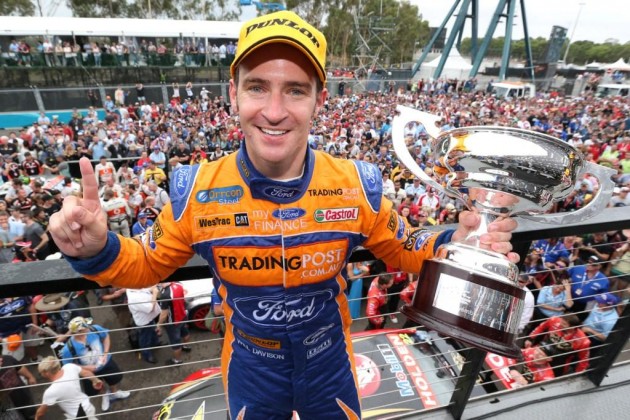 Craig Lowndes finished second to go with his win on Saturday to secure a 1-2 for TeamVodafone in the driver’s championship points. Lowndes said he was now looking forward to going one better in 2013.

“What a way to finish the championship,” said Lowndes. “We had a great battle with Will and James, and to get second in the championship we had to put our best foot forward,” Lowndes said.

“All in all I’m happy the season’s over, I’m sad to say goodbye to Vodafone and I’m looking forward to next year.”

Holden Racing Team’s James Courtney had his best race in well over a year in his home city with a third place.

Tim Slade finished fourth to go with his second place on Saturday. The young gun ended the year in fifth, the highest place driver outside of TeamVodafone and Ford Performance Racing.

The 2013 V8 Supercars season will see the debut of the Car of the Future which will feature Nissans and Mercedes joining Holdens and Fords. Sydney Motorsport Park will host a test day on February 16 before the first race of the season in Adelaide on March 2. It’s set to be an exciting season ahead.