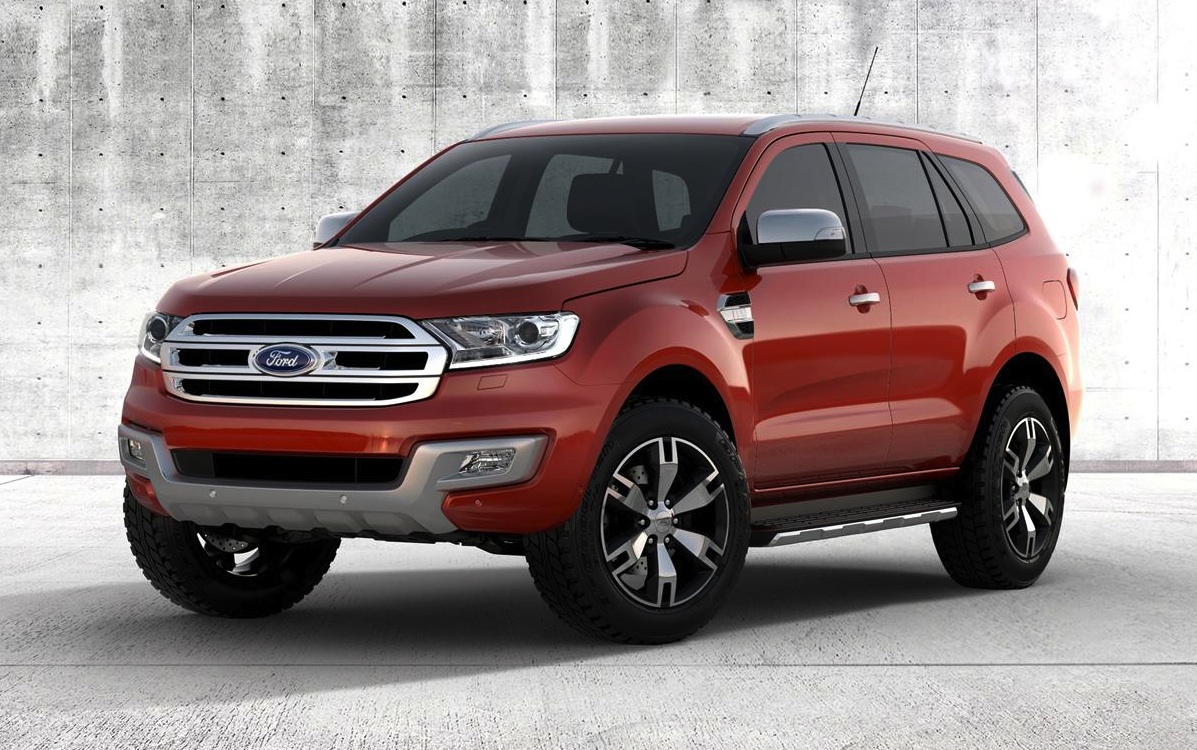 The Ford Everest has been revealed in full and is set to be a leader in more than one area when it goes on sale, according to Ford. Based on the popular Ford Ranger, the Everest will take on the seven-seat, heavy-duty SUV segment with one thing on its mind; to be the number one seller. 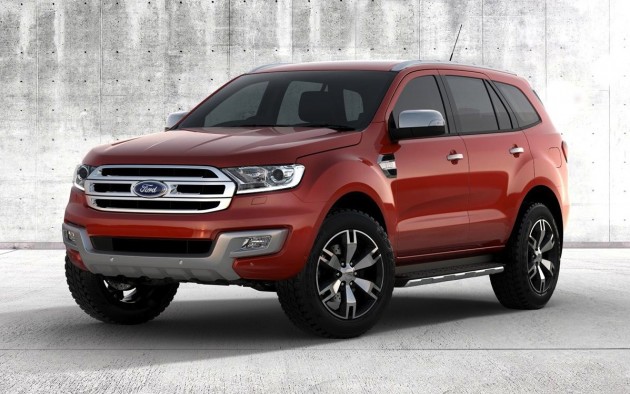 If you look closely at the car’s exterior it’s hard to spot the Ranger’s body lines thanks to a more premium hexagonal front grille and a new rear glasshouse. The Everest shares the same body-on-chassis design as the Ranger, however, it gains a more sophisticated coil-sprung version of the live-axle rear suspension layout for a more composed ride.

Standout features include aluminium front and rear under-body protection, seven seats, a maximum of 2010-litres of storage capacity with all rear two rows folded flat, Ford’s SYNC2 system with an eight-inch display, 240-volt socket in the second row, and various 12-volt outlets throughout.

Under the Everest’s bonnet is likely to be three engine options: a 2.0-litre EcoBoost four-cylinder, a 2.2-litre Duratorq TDCi, and lastly a 3.2-litre Duratorq TDCi – similar to the one found in the current Ranger, albeit a more-refined with increased efficiency. Both the diesel models will come with the availability of either a six-speed manual or six-speed automatic, while the petrol model will remain automatic only.

In terms of its off-road ability, the Everest features a ground clearance of 225mm and a wading depth of 800mm. It also offers 25-degree approach angle, 29-degree departure angle, and a 21 degree ramp-over angle.

There’s also five terrain management systems that allow the driver to make changes on the go depending on the terrain ahead; normal, snow, gravel, grass, sand, and rock. Each system adjusts things like throttle control, gear shifts, and traction control. There’s also a locking diff in the rear to help maintain maximum grip off road.

Safety-wise, the Everest features a hoard of active systems that can help reduce the chance and severity of a collision. Systems include lane keeping aid – first in its segment – active park assist, forward alert with auto braking, adaptive cruise control, lane departure warning, adjustable speed limiter, hill descent and ascent control, and front facing cameras. There’s also Ford’s MyKey; parents can program a key to give to their kids that can put a speed limit on the car, put a limit on audio volume, and can block incoming calls when phones are paired with the SYNC2 system.

“The new Ford Everest is fully loaded with advanced technologies that provide real-world benefits: It’s about providing the best driving experience, not just technology for its own sake. The Ford Everest reshapes what consumers can expect in a rugged, capable off-road SUV.”

Prices for the Everest haven’t yet been announced. It’s expected to be priced above the current Territory ($36,990).