Porsche has revealed the new 2013-2014 Porsche Panamera which receives a minor styling update and a new plug-in hybrid variant. The outgoing S and 4S 4.8-litre V8 has also been replaced by a twin-turbo V6. 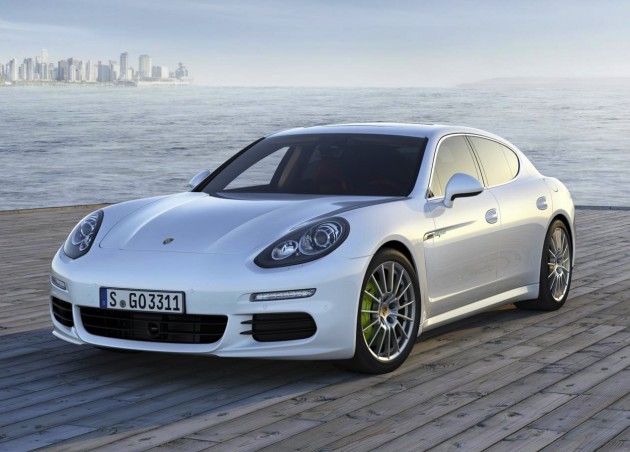 The new hybrid variant, called the Panamera S ‘E-Hybrid’ – as opposed to the current S Hybrid – is powered by a revised version of the current 3.0-litre V6. The petrol unit is assisted by a 70kW electric motor, providing an overall combined power output of 306kW, up from the current 279kW.

The efficiency-focused model is able to sprint from 0-100km/h in 5.5 seconds, making it only a fraction slower than the old less powerful but lighter weight Panamera S V8 (294kW/5.4 seconds).

Astonishingly, the new hybrid is 56 per cent more efficient than the outgoing version, and offers a fuel economy rating of just 3.1L/100km. It can also be driven in an electric-only mode for a range of 18-35km, at speeds up to 133km/h. 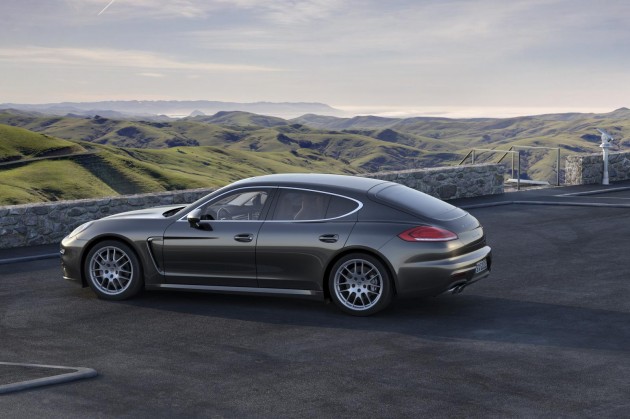 The other major change for the 2014 Panaemera is the introduction of a new 3.0-litre twin-turbo V6, which replaces the current 4.8-litre V8. It produces 308kW of power and 520Nm of torque, which is 14kW more powerful than the V8 and offers 19Nm more torque. According to Porsche, economy has been improved by 18 per cent over the V8.

Lastly, a new Executive variant will join the lineup, adding 15cm to the wheelbase for increased rear seat legroom and overall space. The Executive wil be available on the Panamera 4S and the Turbo. Both also come with air suspension for increased comfort.

In terms of styling changes, the 2014 model showcases a tighter front end with larger air intakes, with optional LED headlights giving it a much more modern look.

At the back, there’s a wider rear window providing an even fatter stance, along with a wider rear spoiler. The rear end has been tightened up around the taillights to match the front end changes.

The new model will go on sale in international markets in July. Australian prices, specific model variants, and on-sale dates are yet to be confirmed.

Porsche says the new diesel version will arrive early next year offering 220kW, up from the current 184kW, along with the new high performance Turbo S.

Click play below to see the official promo video.