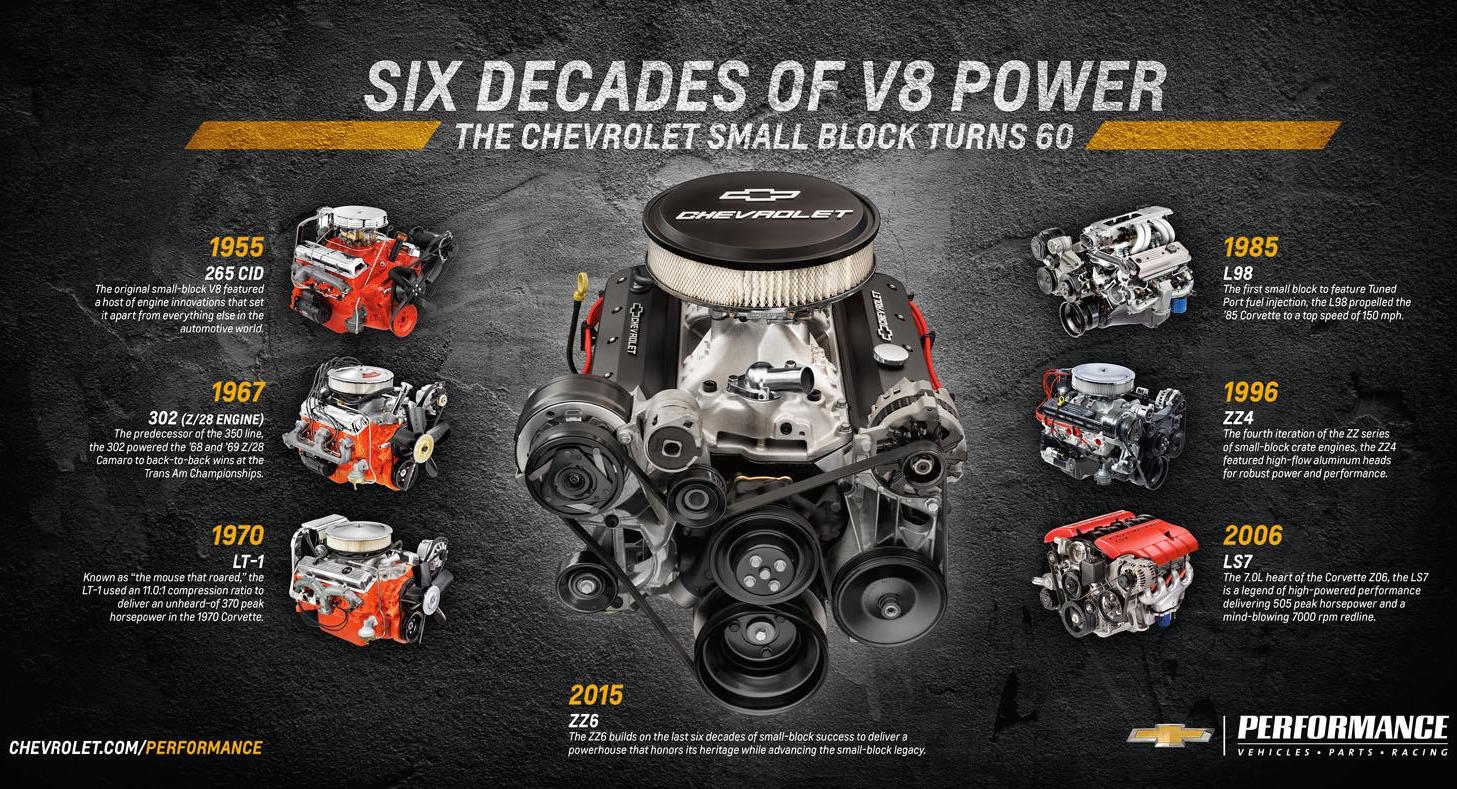 Street machine and custom car builders will be pleased to hear Chevrolet Performance has a new 350ci crate engine on offer, called the ZZ6. 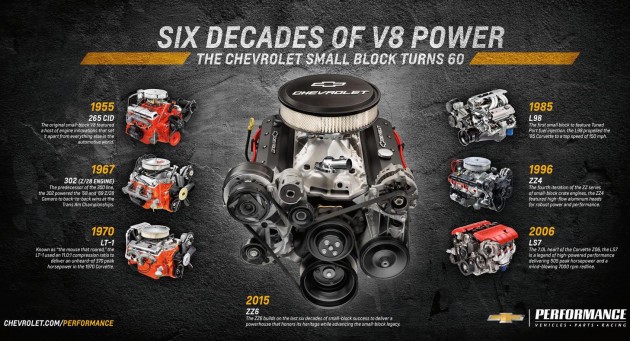 Also packaged into the new unit are beehive-style valve springs, contributing to higher-rpm capability, as well as large intake runners and 2.00/1.55-inch valves, and a hydraulic roller cam with 474/.510-inch lift and 208/221 degrees duration.

Overall, the ZZ6 unit produces 302kW of power (405hp) and 548Nm of torque. This makes it more powerful than any other 350 Chevrolet production car engine ever, and one of the most powerful 350 small block Chev crate engines ever. Jim Campbell, GM US vice president of Performance Vehicles and Motorsports, said,

“After more than six decades, our powertrain engineers continue to refine and update the classic small block architecture, adapting new technologies to advance the legacy of the industry’s most adaptable V8 engine and giving customers new choices from the company that pioneered the concept of high-performance crate engines.”

Interested punters will be able to order the new engine soon, with full details planned for the 2015 SEMA show in Las Vegas. The event starts on November 3.