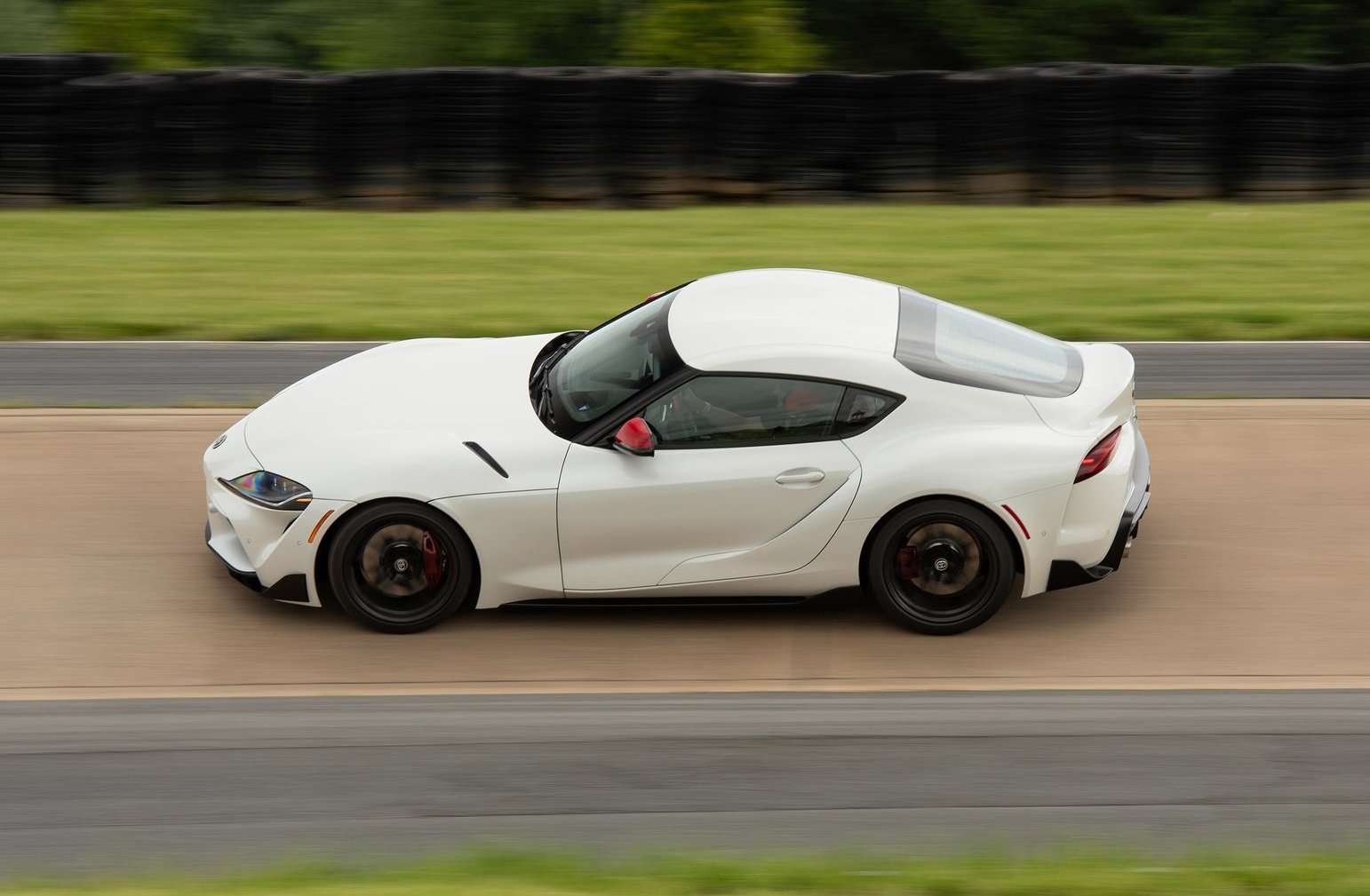 Yep, despite the dwindling popularity of manual transmission options, Toyota is apparently planning to introduce the option for the 2023 GR Supra update. Potentially in select markets only. 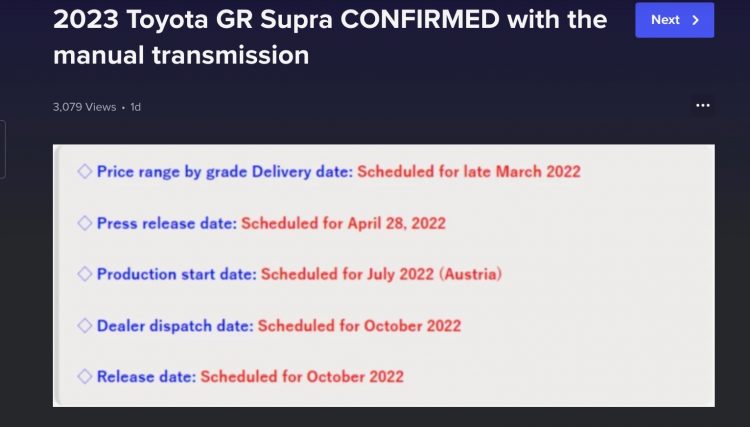 Interestingly though, according to images and details surfacing on Imgur, Toyota looks set to offer a manual soon but only for the six-cylinder model (a four-cylinder option is available for the GR Supra overseas). This would help separate itself from the Z4. 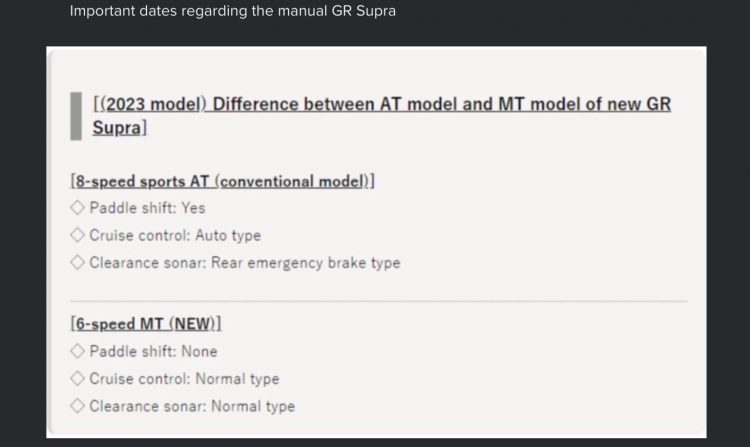 Although we can’t confirm the legitimacy of these details, the source suggests the manual option will be offered as part of the MY2023 update. Toyota first introduced the new Supra back in 2019. There was a pretty big update in 2020-2021, with the BMW B58 3.0-litre turbo inline-six engine getting a power boost from the initial 250kW to 285kW.

The 2023 update is also set to welcome a new matte white colour option, paired with a tan interior package. It’s understood this colour combination will come as part of a special edition pack. At this stage we don’t know if it will be offered in select markets only.

It’s said that Toyota is planning an official announcement for April 28 this year, with production in Austria to commence in July.

Toyota is yet to officially confirm any of this and we don’t know if the manual option will be a global thing or specific to some markets only, if these details are legitimate that is. We’ll keep you updated with any official word. 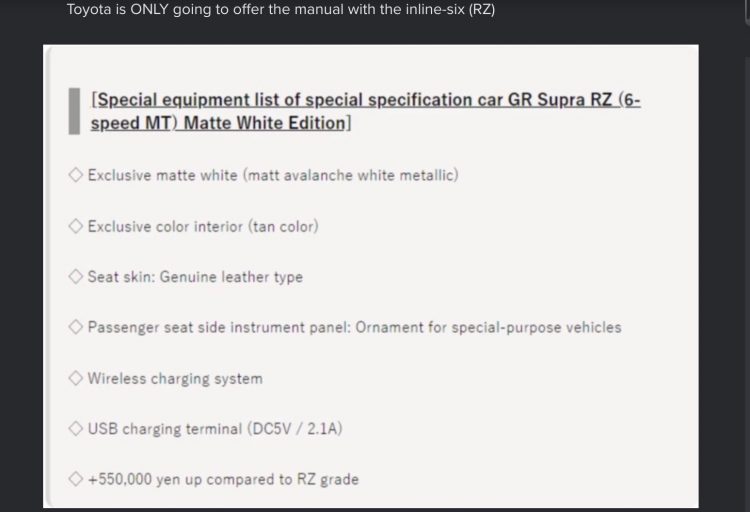